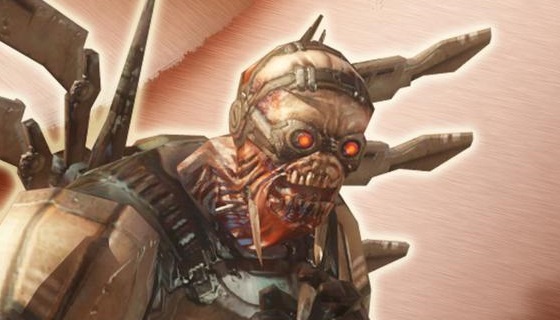 Sometimes artificial intelligence (AI) is a good thing, other times, if you analyze it, it’s actually pretty god damn scary when you think about the wider implications. There are certainly a few movies about that topic, but have you ever noticed the same theme at play in your favorite video games? Below we share three stories of video game AI acting scarily out of character seemingly just to screw with us here, in the meat world.

1. Quake 3’s AI refusing to fight each other.

Being one of the finest and best received shooter games of all time, Quake 3 has been collectively played more than the Breaking Bad soundtrack. However, our story apparently took four years to come to fruition.

Now first things first, the AI in Quake 3 is rather robust and it is capable of adapting and responding to tactics on the fly, or so people claim. The AI is arguably what made the game so popular, even when you weren’t playing against a human opponent, the bots were more often than not enough of a challenge to keep you entertained. Or at the very least were capable of running fast enough to avoid being shot 50% of the time.

The story goes that a player accidentally left a game of Quake 3 running with 16 bots for 4 (some sources say 3) years. When said player came back and  decided to join a war that had been raging almost as long as most real-world conflicts, he saw something weird. Rather than seeing that the AI had racked up infinite kills and broke the game, it had instead stopped moving all together.

Seemingly realizing that the only way to win (not die) was to not play, either that or they’d reached their pre-set kill limit. To add to the creep factor, as the player traversed the now silent battlefield, the AI reportedly watched his every move with an unending judgement stare and a sniper rifle honed on his dome. Seemingly just waiting for an excuse to slaughter the human trespasser encroaching on their new utopia of non-violence. 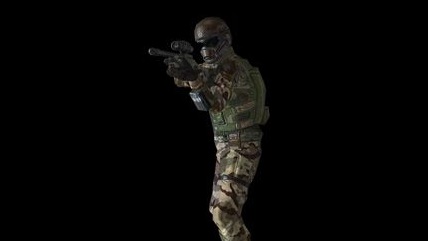 Go ahead, make my day.

This is terrifying because, holy shit, humans haven’t figured that out yet and this is a 10-year-old game. If bots from Quake 3 could figure that out, the AI in GTA V is likely good enough to overthrow the entire government.

The whole ruse was eventually revealed to be total horse shit, however, a small group of people still cling to the story, because why wouldn’t they? It’s radical. But hey, at least this AI stood still, we can kill an enemy that stands perfectly still, but how do you fight an enemy that can laugh at your futile attempts to break their kung-fu robot grip on your throat? 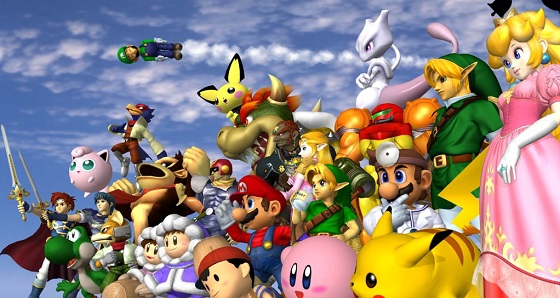 Super Smash Bros is a fighting game where you can smash the crap out of a Pikachu with Donkey Kong. If that doesn’t sound like the hypest shit, then you should probably re-evaluate your life because we’re not kidding, this game is insane.

You can feel the chest hair growing on your eyes, can’t you?

Many fans of the game have maintained that the AI in-game can learn from how you play and adjust accordingly. Higher-ups from the game’s development team have always denied this, but the rumours persist because gamers are weird like that. Well that and the fact the AI is God-like on the highest difficulty.

One of the more enduring rumors is whether or not the game’s AI can learn to taunt you. According to every person involved with making the game, they can’t. But according to people who play the game, those suckers tea bag your ass every chance they get! Some players noted that if they tried to cheap out the computer, or abuse the same move, when the AI eventually scored a kill, it would mercilessly slap the ground with its dong. This serves no in-game purpose and can’t be explained by conventional means, so players have concluded that not only does the AI learn to counter bullshit tactics, it learns to mock their use as well.

You may think that’s not scary or even marginally creepy, but just realize that this is an example of AI supposedly learning to slam its testicles into your face. We have robots that can walk RIGHT NOW. If this is true, robots slapping you with their giant robo-dong won’t just be a very specific nightmare, it could be reality. But hey, at least robots have rules, right? It’s not like they can break rules we’ve explicitly laid out, you can see where this is going …

The thing about AI is that it is constrained by rules, these rules level the playing field between artificial and human players. The computer may have perfect reflexes and in depth knowledge of every piece of the game, but at the very least you’re fighting it on terms you can both agree on.

Street Fighter AI seemingly said, screw the hell out of that. The game’s AI can break rules explicitly laid out in the game’s code. For example, in some versions of the game an AI controlled Guile can charge a Flash Kick while walking forward. This is despite the fact to do said move you need to hold backwards on your controller, effectively meaning A HUMAN PLAYER COULD NEVER DO THIS. Perhaps the most obvious example of the AI straight up cheating though is the Ryu Hadouken storm.

Can you see that? The AI is throwing hadoukens like there’s no tomorrow, and in case you’re wondering, it is literally impossible for a human player to do that. You may not think this is creepy, but just for a second realize that in a game released over a decade ago, the computer learned how to break the rules the puny humans set out for it and abuse them against the very people who created it.

That’s the exact set-up for 50% of the movies made in the 80’s and we sat back and let them happen in real life. When the robots do take over we better hope we don’t tell them they can’t aim for the balls, because you know that will be the first rule they break.