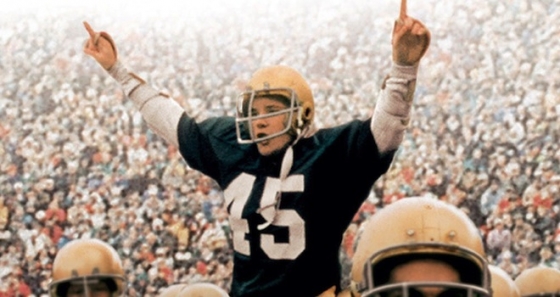 Everyone loves a sporting underdog. From literary tales like the Tortoise and the Hare to displays of human endurance such as Edmund Hillary conquering Everest, we all enjoy watching someone overcome the odds. Naturally, with sport being a microcosm of life, stories of minnows rising up to dethrone the sharks always make the headlines. Not only that, but they’re damn fun to read.
So, with this in mind, we’ve picked out three of the greatest underdog stories in recent sporting history:

With a budget that would barely cover the monthly wage bill at Manchester City, Leicester City were both literal and figurative underdogs in the Premier League. In fact, with bookmakers offering 5,000/1 on the Foxes winning the league in 2015/2016, only diehard fans were ready to ante-up.

However, despite the odds and the naysayers, City went on to win the Premier League in dramatic fashion. Although the team started to falter towards the close of the season, Chelsea’s 2-2 draw against Tottenham in the final flurry of action handed Leicester City the title and a place in footballing history.

Can Leicester City ever repeat that feat? While the odds makers would say it’s highly unlikely, there are few people who wouldn’t write them off given what happened during the 2015/2016 season.

Sports people can come in many shapes and sizes and while Chris Moneymaker might not be the most athletic person in the world, his exploits at the poker table in 2003 were impressive. Some called it the American Dream, some called it the ultimate underdog story, but the reality is that Moneymaker shocked the world when he won the $10,000 WSOP Main Event.

An amateur player who qualified online for $40, Moneymaker went on to beat the top professionals in the world to win a WSOP bracelet and $2.5 million at the height of the Poker craze.

The WSOP Main Event often turns up some impressive sporting moments and this year could see another fairy-tale victory. Spain’s Fernando Pons might have just $20,653 in lifetime earnings, but in November he’ll fight for an $8 million jackpot. After qualifying for the tournament via a €30 online satellite, Fernando won his place at the final table (the November Nine set to kick off on October 30) when Joshua Weiss fell in tenth place. With $1 million already locked up, Fernando could become the latest underdog story in the poker world, but he’ll never match the most memorable name in poker, Chris Moneymaker.

When people think of wrestlers they often look to the likes of The Undertaker and Hulk Hogan, but the real tough guys are those who compete in the Olympics in the real sport. The lack of scripts and the allure of a gold medal often produce some inspired performances and America’s Rulon Gardner produced one of the sport’s most memorable.

Heading into the 2000 Athens Olympics, Gardner was known as a big guy with a lot of talent, but with Russia’s Aleksandr Karelin in the field he wasn’t expected to win. When history is written, Karelin will go down as arguably the greatest Greco-Roman wrestler of all time thanks to a 15-year unbeaten streak.

However, despite Karelin’s international dominance and the fact Gardner hadn’t even won a NCAA title, the 29-year-old used his weight to his advantage to win gold. Knowing that Karelin was able to beat most of his opponents by throwing them around like rag-dolls, Gardener simply acted like a dead-weight. After stifling the Russian’s advances, he then used his agility to score some points and win one of the most unlikely wrestling gold medals of all time.

It’s always great when regular winners win, but an underdog story is always more entertaining. While we’ve only outlined three of the most impressive, history is littered with examples and will continue to produce miracles long into the future which is why we all love sport.