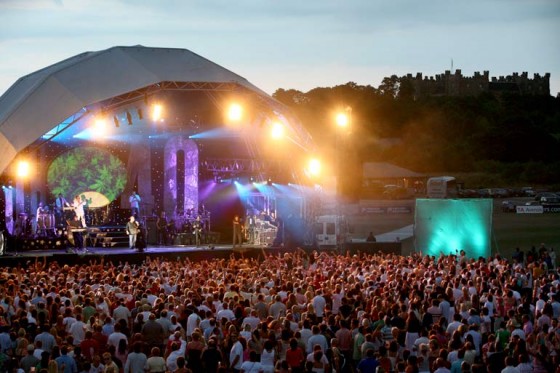 Summertime rocks. Sure, the joys of the last day of school and a summer vacation consisting of water gun fights, cartoon marathons, and the endless pursuit of the ice cream truck may be behind us, but the season still brings with it a bounty of pleasures that simply weren’t available to our younger selves. Could a seven-year-old really appreciate the refreshment provided by a cold beer on a warm July evening, or the unparalleled beauty of bikini-clad beach goers? And honestly, back when our idea of the ultimate summer concert was a Raffi/Barney/Care Bears festival entitled “Smiley Sunshine Songs,” did we really understand how to rock out? 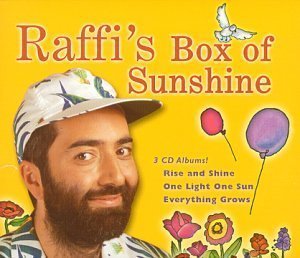 Fortunately, we are now older and wiser. Our tastes in music have been honed, and as such, the summer season has rewarded us with plenty of options for getting buzzed and listening to some great artists. Let’s take a look at what’s in store this year. 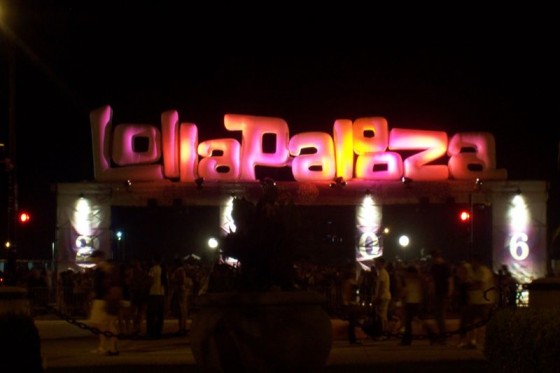 The brain-child of Jane’s Addiction frontman Perry Farell, Lollapalooza has long been one of the few music festivals that has consistently delivered solid lineups, year after year. Despite this year’s inclusion of Lady Gaga, whose transparent stage persona and ridiculous outfits can’t make up for the fact that she’s about as edgy and uncompromising as an iPod commercial, Lollapalooza 2010 appears to be a great show, especially for those among us suffering from perpetual Nineties Nostalgia.

Headlining the festival is the reunited Soundgarden, one of the original bands of the grunge movement. True, when a band gets back together after spending as much time apart as they did, like two reunited sweethearts who can’t rekindle the passion of their teenage years, the magic that sparked their initial success is often gone, resulting in what seems to be little more than a competent tribute act for fans who can’t let the past be what it is (just listen to the new Stone Temple Pilots music, or, even worse, the post Layne Staley Alice In Chains incarnation…ugh, the soundtrack to season one of Glee is more badass).

However, we’re willing to give this one a shot. If his recordings with Audioslave are any indication, Chris Cornell still possesses a voice both soulful and sinister — the sound of a madman lamenting the dying moments of his final shards of sanity. He’s clearly got the skills to belt out “Black Hole Sun” one more time, and with the rest of the group onboard, this definitely seems like a reunion worth checking out. 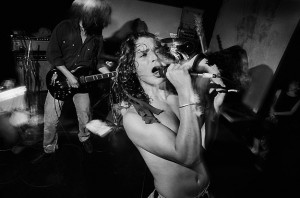 Along with Soundgarden, Green Day will be appearing, who, despite being about as punk rock as Gilbert and Sullivan these days, still have an impressive back catalog to cull from. As far as insightful political statements go, American Idiot was the equivalent of a blog post from a ninth-grader who just watched Fahrenheit 9/11. 21st Century Breakdown ain’t too hot either, but we can only hope that a few selections from Dookie will make the cut. Why yes, we do indeed have the time to listen to you whine, just so long as you plan to whine primarily boredom and adolescent sexual frustration. Sometimes, the formula that worked the first time around is the one you ought to stick with.

Of course, no discussion of this festival would be complete without mentioning the involvement of MGMT. Their most recent release, Congratulations, is to Oracular Spectacular what In Utero was to Nevermind. After breaking into the pop world with such unstoppably catchy tunes as “Kids” and “Time to Pretend,” the band chose to embrace their psychedelic roots head on, signifying to listeners and to the industry that they don’t intend to compromise their sound in favor of popularity.

Is this album as fun as the last? No, not really. The lyrics are less accessible, the music less infectious, and the song “Brian Eno,” good as it may be, represents an act of blatant self-consciousness; these guys know who they are supposed to be listening to if they want to maintain their hipster cred, so they might as well write a song about the guy. Still, Congratulations is a great record, and perhaps, as elitist critics/jackasses will always insist in instances such as this one, it’s the more significant “artistic statement.” Either way, MGMT is quite simply one of the best bands working today, and the chance to catch them live at this point in their career should not be missed. 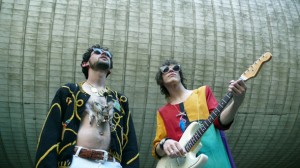 Other notable acts this time around include Arcade Fire, Social Distortion, The New Pornographers, Spoon, and The National. The festival runs from August 6-8 in Chicago. 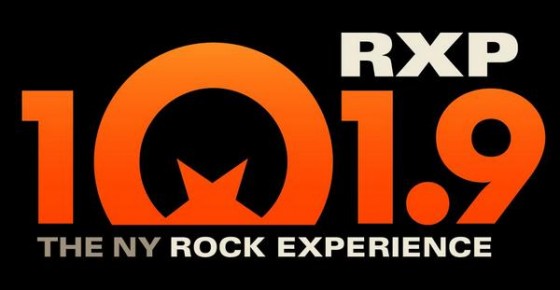 In the age of mp3 players, a lot of us have given up on the bland wasteland of FM radio. Most of the classic-rock stations are antiques, trying to convince us that “Hotel California” is still worth listening to three times a day, while the alternative rock stations need to be avoided for the sole reason that they ever gave Nickelback a home for all this time.

Fortunately, in only two years, New York’s 101.9 WRXP has proven that there are still some frequencies providing viewers with an eclectic mix of song choices and DJs who don’t sound like they gave up on enjoying life a long, long time ago. As part of the effort to keep rock alive, WRXP has launched its summer concert series, featuring significant current artists who are defining alternative music trends.

Kicking things off on June 20 will be Band of Horses, a folk-pop group whose shimmering guitars and reverb-drenched vocal melodies have established them as one of the great bands to listen to while chilling out with friends on a summer night. The mellow, what-if-Radiohead-came-from-America-and-knew-how-to-relax group Grizzly Bear will open.

Next up is the Silversun Pickups. Yes, with Brian Aubert’s nasally vocals, minor key riffage, and fuzzed out guitar tones, they do sound and awful lot like early Smashing Pumpkins, back when that group was mixing psychedelic tones with heavy metal rhythms. But, no matter, the Pumpkins were great then, and if there’s another band willing to fill that niche, all the better; in all honesty, too much has been made of the similarities anyway. Rip-offs never sound good because they never have any true soul, and the Pickups sound good, because their brand of moody rock has a lot of soul. The lyrics may be a lot of vague angst, but the songs are stellar, and with an opening act like Against Me!, who could turn down such a show? 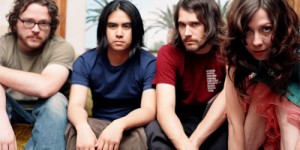 Other bands appearing on the roster include Weezer, Primus and Keane. All shows will be performed at Brooklyn’s WilliamsBurg Waterfront, the perfect outdoor setting for any summer show. Just beware of the hipsters.

Tom Petty and My Morning Jacket 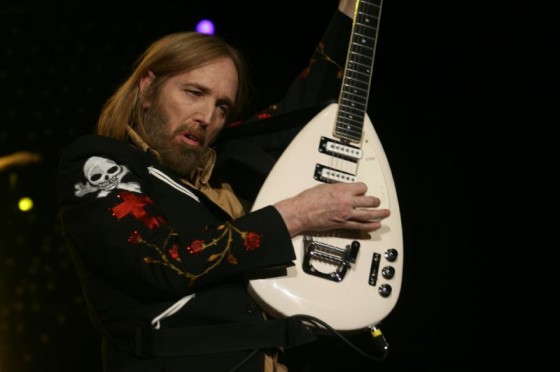 For aficionados of rock that truly deserves to be labeled “classic,” could it possibly get any better than this? Refusing to be labeled a dinosaur, Tom Petty is still hanging in there. Maybe, like his fellow rockers John Mellencamp and, to a lesser degree, Bruce Springsteen, he’s got little left to say that we haven’t heard before. Oh well, such is life. What he had to say in the past was always presented in the form of solid summer sing-alongs, the kind of music you play at a Fourth of July barbecue when you and your buddies have had a few beers and any one of you feels like you could be the next American Idol. As concert-goers, sure, we’ll take one more dance with Mary Jane (the song, not marijuana). 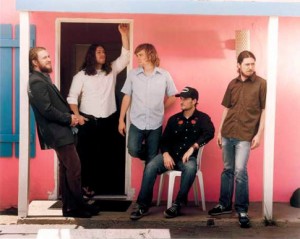 In all honesty, this may be a case where, if we were really to tell the truth, we might admit that the supporting act is the one more worth seeing. My Morning Jacket hasn’t had the decades-long career of Petty, so they are understandably relegated to the second string, but don’t doubt for a minute that these Kentucky boys can rock. Tunes such as “One Big Holiday” and “Off the Record” helped the band acquire fans who admired their careful blend of classic-rock reverence and genuine freshness. Not content to simply be a glorified version of the best bar band on Earth, My Morning Jacket released 2008’s Evil Urges, an album which featured the band branching out from their apparent comfort zone, incorporating elements of trippy funk and Supertramp-esque prog rock. The result was one of the best records of the decade.

My Morning Jacket and Tom Petty will appear together August 19 and 21 at the Comcast Center in Mansfield, MA, and August 24 at the Izod Center in East Rutherford, NJ.