Humor > Lists > Three Reasons Big Business Gets Away With Anything

Three Reasons Big Business Gets Away With Anything

Once upon a time, in a land very much like this one (because it was this one), ‘corporations’ existed not as big, mean, faceless enterprises, but as collections of small time do-gooders who wanted to build parks, and orphan hospitals, and other shit like that. In order to function properly, these groups ‘incorporated’ themselves and in the process began the terrifyingly quick spiral into moral bankruptcy. But just how the hell do they get away with shit like child labor? Well, like this:

1) Legal Status as a Person 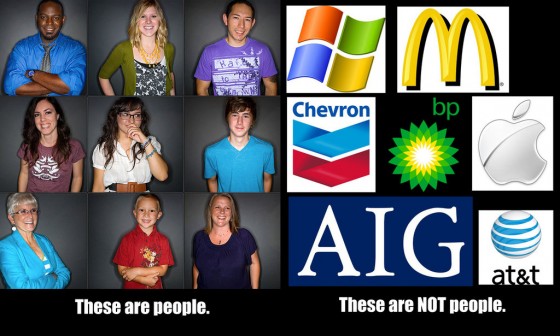 Yes that’s right, corporations (like Microsoft and WalMart) are in the eyes of the law, people like me and you (well, maybe not like you). In a tremendous “fuck you!” to the newly freed slaves, Chief Justice Waite used the brand spankin’ new 14th amendment to declare that “the Fourteenth Amendment to the Constitution, which forbids a State to deny to any person within its jurisdiction the equal protection of the laws, applies to these corporations”. 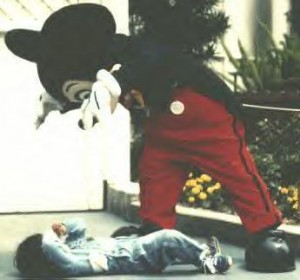 We didn’t see anything, we swear

But what does that actually mean? Well, it means if you say nasty things about grumpy old Mr Disney Corp. from down the street, he could go ahead and sue your ass (providing you say something worth suing over, like, say, “Disney Corp molests little boys”*). That right there is a pretty effective way of stopping bad press.

Take for example the case of Monsanto. The company came under scrutiny from a pair of journalists working for a Fox affiliate in Florida, amidst claims that a drug supposed to increase milk production in cows was causing all kinds of problems like pus oozing udders. Monsanto went down the ‘sue your ass off’ route and convinced Fox to kill the story and fire the journalists, which they did, despite being able to prove that all the accusations were true. We should remind you at this stage that Fox had plenty of perfectly good lawyers and still chose to bow to the pressure from mean old Mr. Monsanto, so imagine just how fucked you would be.

Other delightful ‘rights’ that newly freed slaves Corporations are entitled to include the right to spend unlimited money on political campaigns, lobby government (see: tobacco industry) and the right to privacy, also known as “the right to tell you to fuck off and mind your own business, what happens behind these doors isn’t for your eyes”. Of course, the ability to sue comes hand in hand with the ability to be sued, but no need to fear thanks to… 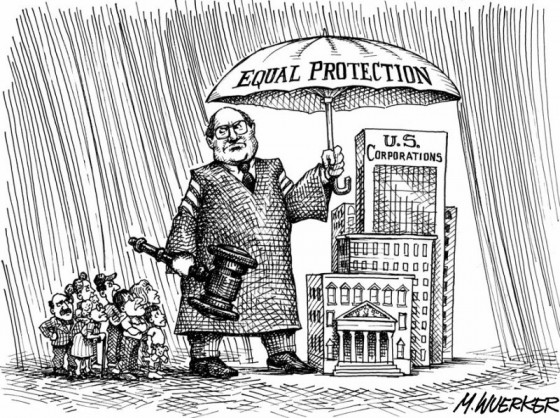 Limited liability is a rather handy escape clause for the people who run large corporations. Basically, it’s the built in boardroom-ejector-seat that states the people running the show, are not actually to be held responsible if it crashes and burns. This is pretty much the same as a ships captain crashing his vessel and not being held even slightly accountable. 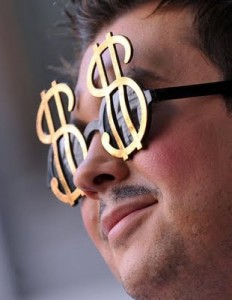 You see, because the corporation is a person, it’s responsible for itself. If you want to sue a company, and somehow you manage to win, the board of directors won’t suffer any direct consequences like jail (unless there is evidence of corruption, but that’s a whoooole different ball park of missing morals). Furthermore, it means any money involved in the business belongs to the company, meaning if it goes bankrupt then it loses all its money, but the investors don’t lose any more than what they invested.

If you buy $10 worth of shares in a company that promptly commits financial suicide, you don’t lose anything beyond that $10 you spent. On a slightly larger scale, when a bank goes under, the rich idiots who drove it into the ground might well lose their job, but they won’t be going bankrupt. This ‘risk-free’ situation is why businesses are so reckless – the people calling the shots don’t really have much to lose in terms of money. Speaking of money, what’s up with corporations always chasing the cash? Cant they just do something nice for once? 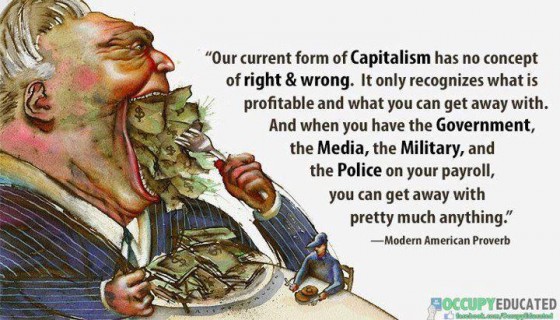 Uh, no actually, they can’t very often. There’s this thing called ‘waste of corporate assets’ (“an exchange that is so one sided that no business person of ordinary, sound judgment could conclude that the corporation has received adequate consideration”), and it turns out it’s illegal. Some mumbo-jumbo about looking out for shareholders interests.

When you get down to it, that makes it really very difficult for a company to do nice things. Google’s motto is famously “don’t be evil”, but how exactly do they go about doing nice things that cost money without breaking the law? Well, there are of course lots of ways round it (pretty damn easy ways, like, say, claiming it’s PR which is exactly what it is) but really now, it’s just so much gosh darn effort to spend money on poor people! Luckily, ‘waste of corporate assets’ means companies need not bother if they don’t want to (which they don’t) and can just carry on making money (which they will). Hooray for capitalism!

* We don’t know what DisneyTM and Mickey MouseTM get up to in their own time, nor do we want to know. It’s none of Gunaxin’s business. Please don’t sue us… Please? If you do, please keep in mind that we have Limited Liability.