Three Reasons Why a Flash Movie Would Never Work 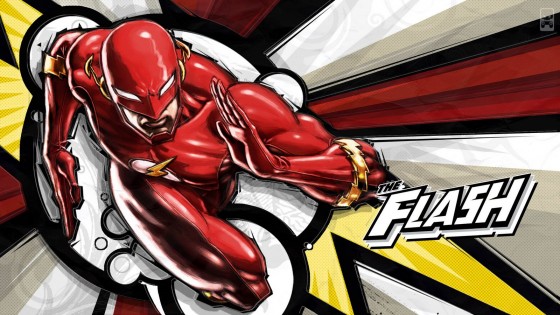 The Flash, AKA, Barry Allen (or Wally West depending on which version you prefer) is one of DC Comic’s most established and well-known heroes. With the Justice League movie being all but a certainty, the famous speedster is also set to take to the silver screen in the near future. So we thought we’d list the reasons why a Flash movie just won’t work.

3. His powers are way too complicated 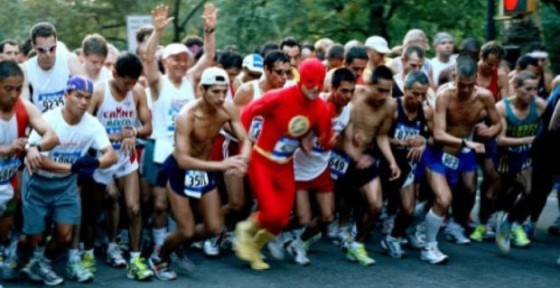 This is where you take one look at the computer screen, sigh, and give it your best “are you retarded?” look. The Flash’s power is running really fast, that’s like the most basic power ever, right?

Well, no, the Flash isn’t just able to run really fast, he’s able to run all of the fast, he is literally speed incarnate. Confused? Well we’re just getting started. Within the DC universe there are several speed barriers; the sound barrier, the light barrier, the dimensional barrier and the Speed Force barrier. The Flash is able to break through all of these with ease. So not only is he able to surpass light speed, but he’s able to go beyond that into an area of science that doesn’t even exist here in our world. Now imagine trying to cram that explanation into a 120 minute movie without the actors heads exploding.

So what is the Speed Force and why is it so important? According to rules of the DC universe the Speed Force is “an energy field that grants all speedsters their power“. But this is where shit gets messy, because the Flash isn’t just linked to the Speed Force, he is the Speed Force. If you’re familiar at all with the Flash you’ll know that he gets his powers after being struck by lightning. What you may not know is that the flash of Lightning was Wally himself, as the Flash travelling so fast that he broke through time and became the bolt of lightning that gave him his powers in the first place. 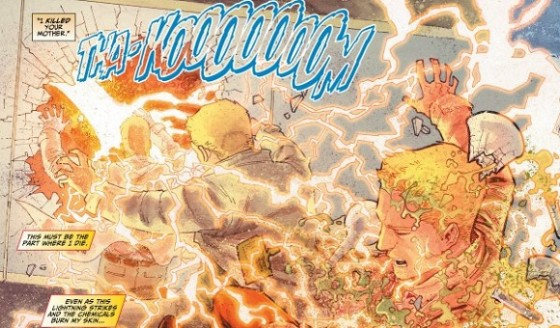 We checked, THA-KOOOOOOOOOM is the exact sound lightning makes when it hits bullshit.

We honestly don’t know an easier way to explain that and if we’re being honest we don’t think the Flash movie will be able to either, but even if it doesn’t, the movie will still fall flat because…

2. His enemies are stupid 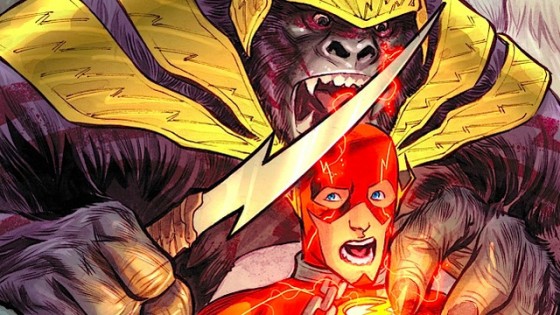 Just real quick here’s a list of some of the Flash’s most fearsome enemies, Gorilla Grodd (a super intelligent gorilla), Captain Boomerang (a master of boomerangs) and Rainbow Raider (a color blind painter with the ability to make things fabulous). We could go on, but trust us when we say that the list of people who call themselves enemies of the Flash are less threatening than nunchucks made of kitten tears.

Sure he has a bunch of super-powered opponents, but there’s almost no power a person can have that in any way stacks up to the ability to punch with the force of a sun.

Learning and punching, we’ve seen it all now.

Even if the Flash movie ends up throwing in a villain like Professor Zoom, whose power is also being able to move really fast, the Flash will always be quicker because he is literally the fastest thing in existence. Which makes him a boring character because …

1. There’s nothing he can’t do

When it gets down to it, a superhero movie needs one thing; conflict. Spider-man had the Green Goblin, Batman had Heath Ledger and Superman will have the critics who are waiting with bated breath to pan his movie. The Flash is, for all intents and purposes, the ultimate superhero. He can, if he so wills it, be everywhere in the entire universe at once.

That’s not an understatement, the Flash’s connection to the Speed Force is so strong that he can literally make the universe come to a complete stop with how fast he is moving. Conflict or tension is a little hard to build when you have a character who can punch an opponent 40 thousand times and rescue a bus full of children on the other side of the planet before they finish talking.

Even a god like being like Superman is able to have tension in his stories because he has both a weakness (kryptonite). He isn’t able to rescue everyone on Earth, even though he’s able to hear everyone which makes for some interesting stories where Superman has to make a heroic choice.

The Flash on the other hand has no real weakness, as a conduit for the Speed Force you can’t drain his speed away and we’ve already explained, he can be everywhere at once. Hell, if you head on over to the wiki compiled by a fan, the Flash’s only weakness is listed as his metabolism. Since he needs to eat a lot of food to keep his stamina up.

And we’ll be honest, a superhero movie where the conflict is whether or not the Flash can finish his taco before he needs to outrun a bullet and donkey punch Superman doesn’t sound like a good film to us. A great gif, but a shitty film.