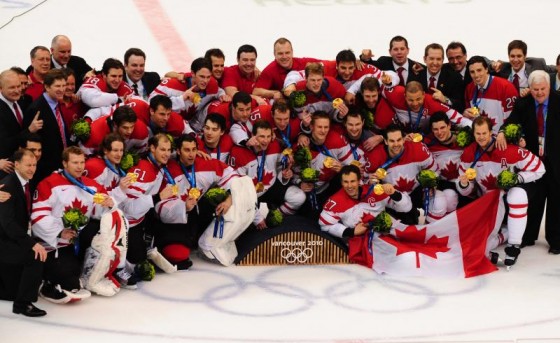 A season to remember...

On the more obscure side of the sporting world in 2010, fans saw some memorable events and epic rivalries as the international universe of sports captivated audiences around the world. In the basic food groups fed here in the United States, it’s often easy to forget about some of the classics that once garnered much more attention in the grand scope of American athletics. 2010 allowed the so-called niche sports to reemerge as topics of conversation around the world and provided reason to believe that games that were once staples for all could again rise to legitimate water-cooler talking points in an office near you. 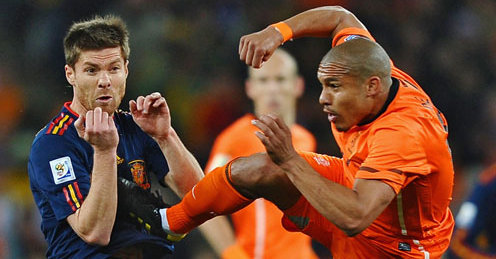 That’s right, we’re going World Cup on your ass. International futbol may not be as appreciated as it should be in the United States, but this past summer in South Africa millions of Americans gathered around television screens at odd hours to see how the Stars and Stripes squad would fair in this worldwide spectacle.

However, given opportunity to list only one match of memory, the Netherlands and Spain final gets the mention. The match was quite controversial in nature with the Dutch falling after a red card in extra time put the team at a disadvantage, down one man. There were no vicious head-butts this time around and the overembelished diving may have actually been minimized, but that didn’t detract at all from the dramatic flair of the event.

From the incessant buzzing of the vuvuzelas native to South Africa to a final featuring two nations who had never before claimed the globe’s most coveted hardware, this year’s version of the World Cup lived up to the expectations. 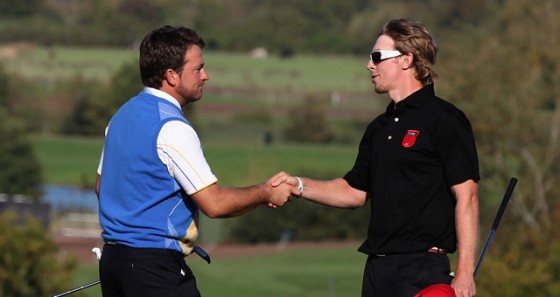 European expectations coming into the event were loftier than ever with two newly-crowned major champions, U.S. Open winner Graeme McDowell and PGA Championship victor Martin Kaymer, on their squad. The sneaky United States entered the event as the current holders of the Cup meaning that Europe would need to defeat the U.S. outright in order to reclaim the trophy.

Rain soaked Wales provided a remarkable venue despite the relentless downpours that forced the suspension of play due to casual water in the early portions of the event. The underdog Americans would seize the lead after the first day of play (including positive contribution from Tiger Woods) only to see the  European dominance come on during competition on Day 2.

Ultimately the match-play format would decide the Ryder Cup as the twelve competitors for each side were blindly drawn against one another. It was only fitting the entire three days of competition came down to the anchor match where Europe’s major champion McDowell was pitted against upstart Hunter Mahan for the United States.

The nip-and-tuck tussle finally climaxed on the 17th hole where McDowell sunk a clutch putt to recapture the Cup for the Euros and switch bragging rights to the other side of the pond for the next two years. 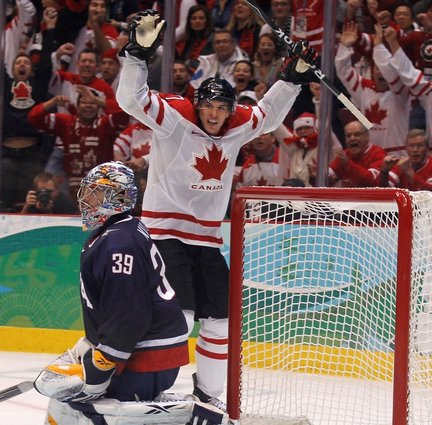 Olympic hockey took the world by storm in February as the Vancouver Olympics provided some of the more memorable events in the history of the event. Much of that intrigue stateside stemmed from the success of Team USA and the performances from some of their young talents like Patrick Kane and Ryan Miller… and it didn’t hurt that the U.S. beat the prohibitive favorite Canadian team during group play to provide an easy path to the medal play finals.

Other NHL superstars from around the world, including Alexander Ovechkin, Evgeni Malkin, and Ilya Kovalchuk and Sidney Crosby, were present which helped peak the interest level of puckheads all over the globe. The anticipated finale to the tournament featured all of the dramatics one could ask for in a border war between Oh Canada and the Stars and Stripes. An overtime finish was needed to determine the gold medal recipients and that would be where the game’s brightest star would shine.

Crosby shooting from an improbable angle…

… beating Miller between the pipes for the gold.

There were plenty of international sporting events this year, but it’s easy to see why this one hit closest to home for the North American continent.

These events may not have been the most anticipated to coming into the year, but they ended up providing the most enthralling action and tight competition of any during 2010. With hotly contested international action generally comes rivalries and these events may have given birth to several that could last as monuments on the sports landscape.