By Thomas Delatte on September 1st, 2015 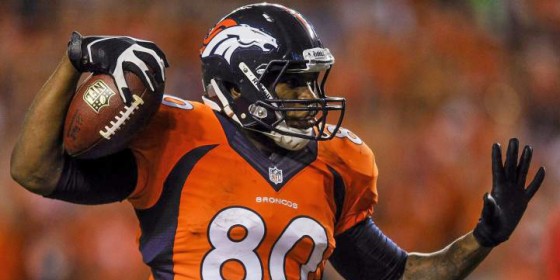 Back in 2013, Julius Thomas went undrafted in almost every single fantasy football league in the world before exploding onto the scene on opening weekend with 5 catches, 122 yards, and 2 scores. He was PPR Gold and the most added player from Free Agency at the TE position of all-time. (We don’t have those numbers, we are simply assuming because he went from 5% owned to 100% owned overnight). Who will it be this year? Below we have nine Tight End Sleepers that we’d recommend for your backup slot this year. 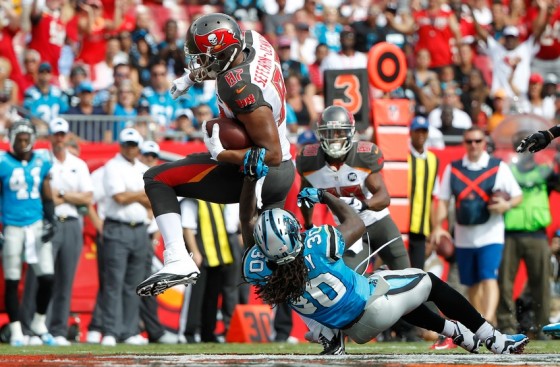 The time is now. Austin Seferian-Jenkins spend 2014 learning from the sidelines as he dealt with an injury. He missed a lot of football with the injury but he spent his time learning how to play the TE position in the NFL. With a rookie QB behind center, this is the best time to risk it all on ASJ. He could be in store for a big season thanks to the very talented WR group in Florida. 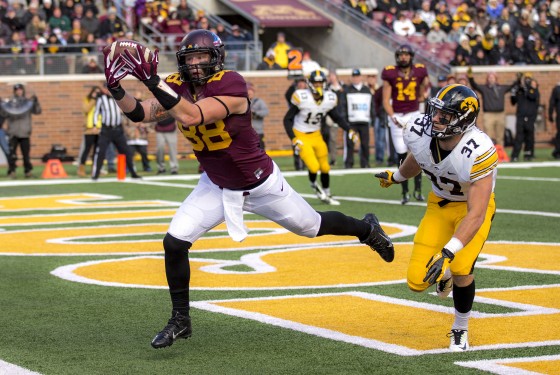 Again, Marc Trestman is going to be the reason we see Maxx Williams all over our fantasy wire this year. Martellus Bennett can explain how quickly the opportunities will arise in Marc’s offense. Not only is this kid big and strong, he understands the game. His grandfather, Robert Williams, and father, Brian Williams, both played in the NFL. Do we even need to also remind you that Baltimore loves TEs? They will give him ample opportunities to make plays and should end up with around 50-60 catches, 800 yards, and 5-6 TDs. Those are sick numbers for a rookie but he just might be the best TE no one is drafting today. 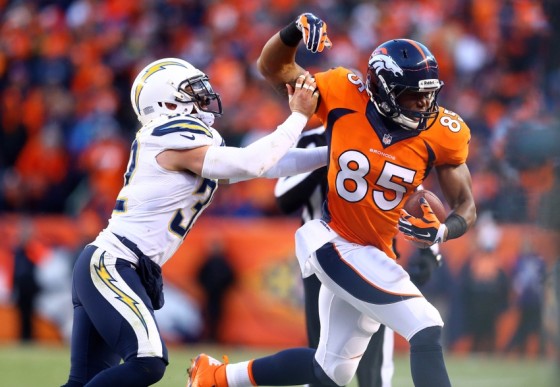 Much like Julius Thomas, Jacob Tamme, Dallas Clark, and Marcus Pollard, Virgil Green will have the same chance to become a useful NFL TE in Denver thanks to Peyton Manning. Peyton is going to use his TEs like no one else in the league does. He finds ways to hide them on the field while plays develop only to find out the guy is wide open in the end zone for another score. Green should clean up with Owen Daniels being the workhorse of this offense. 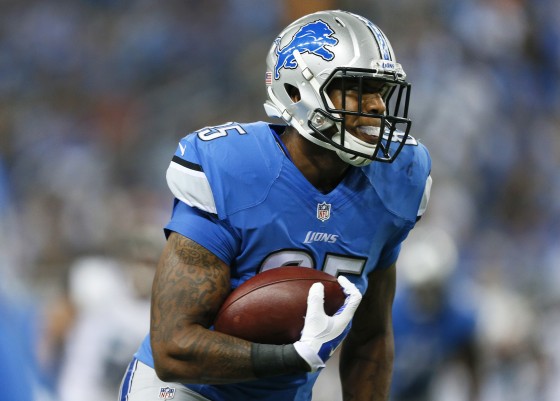 Detroit has one of the best offenses in the NFL. However, they also have one of the most predictable. Golden Tate and Calvin Johnson will catch 100 passes while the next wideout might get 30. Brandon Pettigrew will get you between 55-75 catches, 700 yards, and a few scores. So where does Eric Ebron fit in? Well, if you look at last season, you can clearly see, he doesn’t. He missed only 3 games to a hamstring injury but it felt as if he was almost invisible when he was on the field finishing with a dismal 25 catches for 258 yards. But we have hope that in his second year, he is going to earn more playing time and make big plays to catch the eye of Matthew Stafford. It might take him a few weeks but he has a good shot at putting up some solid TE2 numbers. 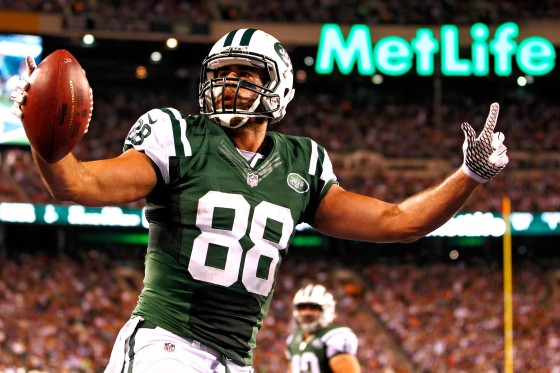 Jace Amaro came in as the TE of the future. Last season he started off very slow before exploding for 10 catches for 68 yards and a TD in Week 6 against Denver. He could have used that game as the start to a long career in New York but his hands got the better of him. His reputation for dropping wide open passes hurt his relationship with all of the stable of New York Jet QBs last season. But this is a new start and another chance for him to prove he is the future. Now if only he can hold on to the football this time. 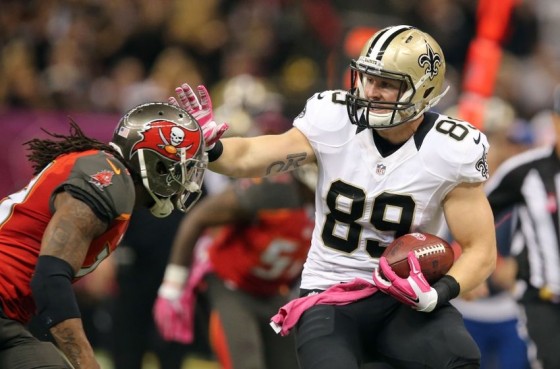 This is almost not even fair. Any TE in the New Orleans Saints lineup has a chance at being great. The offense is designed for the use of TEs in the Red Zone. In fact, Drew Brees might have forced the ball to Jimmy Graham so many times last season that the Saints needed to trade him simply to disguise their offense and not become so predictable. Josh Hill should have a solid year and could be a good bye week replacement. 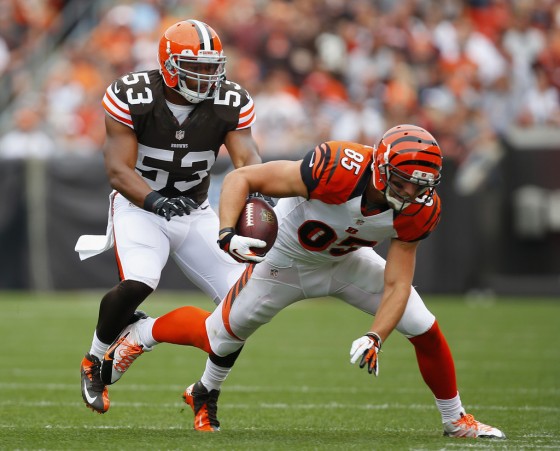 During his rookie season, Tyler Eifert showed the Bengals coaching staff that he is better than anyone else they have tried in the past six years. He was set to put up great numbers until he dislocated his elbow in Week 1 of last season and ended up missing the entire year. But that is football. One day you are on top the NFL, the next, you are watching from the mansion you just bought, in cash. He is back and should be ready to go this year without any issues. So why is he a sleeper? Because no one drafts a third year TE in Cincy coming off an season ending elbow injury. Except, of course, you. 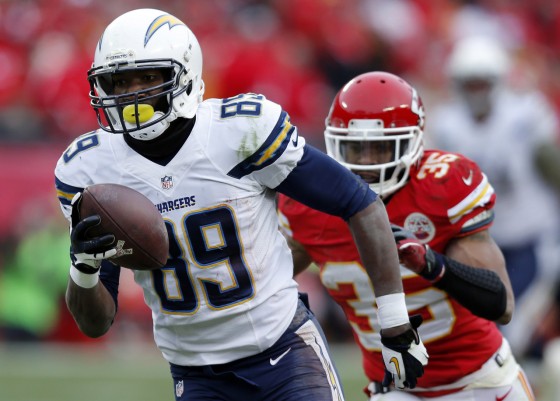 Antonio Gates is suspended for the first four games of the 2015 season so, by default, Ladarius Green is going to be one of the best TEs in the NFL for the first part of the season. We don’t have to explain the logic here, if you have a legit TE1 and he is available, take him. He will make it worth your while and might even earn himself a spot on the field on a regular basis, even with Gates around. 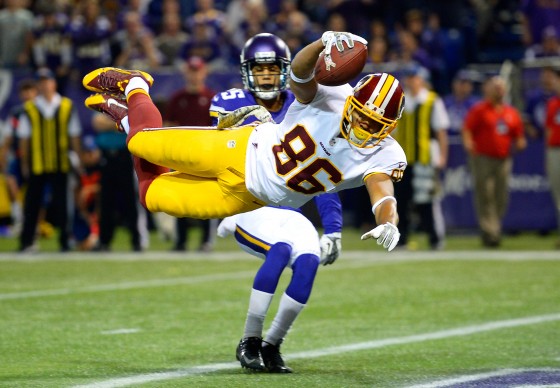 To win in Fantasy Football you only need to remember one thing, patience. Sure, you can build cheat sheets and do countless mock drafts until the keys on the keyboard are broken but that is not going to win you a league. Jordan Reed, for example, is one of those guys that has always been around, for two seasons, but has been battling nagging injuries and QB trouble. He is healthy and still just as good today as he was when the Redskins drafted him out of Florida back in 2013 so he is worth the gamble. If you are hoping for a savior, look elsewhere. If you are just looking for another reason to look smarter than your opponents, draft Jordan Reed earlier than expected. It will have them all wonder, who is this guy?