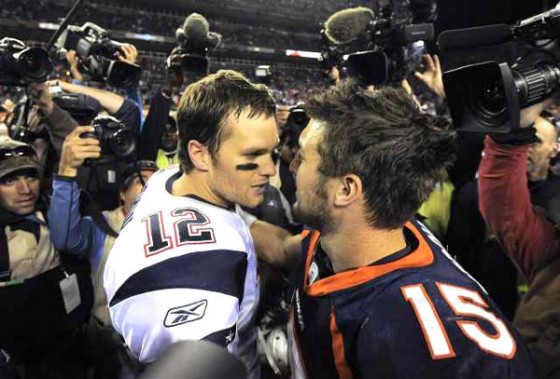 Quarterback Jesus, aka Tim Tebow, is pulling out all the stops to defeat Devil incarnate, i.e. Tom Brady, in Saturday night’s Divisional Playoff matchup. Gunaxin sources have learned that Tebow has unleashed a campaign of intimidation on Brady in hopes of rattling the cool as a cucumber QB. In a hit below the belt move, Tebow has been witnessed “Tebowing” Brady’s wife and young son. Targeting an opponent’s family is a big no-no, but according to Timmy, his Lord and Savior told him it was okay. 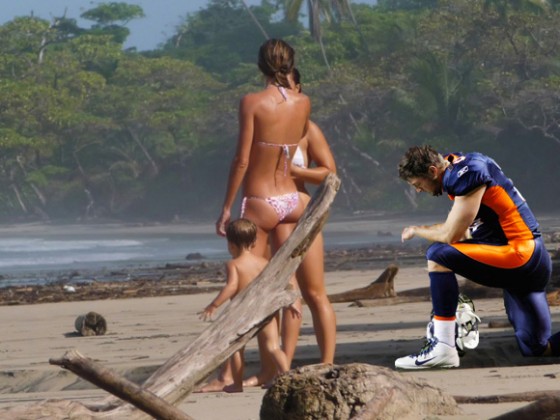 Gisele successfully ignores Tebow here, but she is about to learn Tebow’s perseverance knows no bounds. 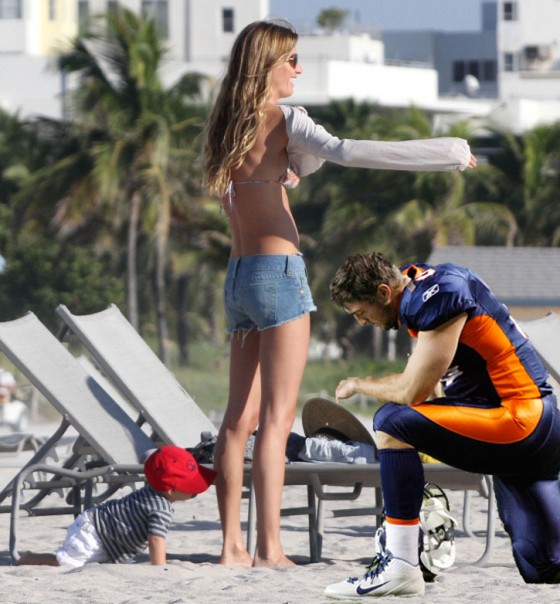 She laughs him off, but son Benjamin has been caught in Tebow’s net of coercion. 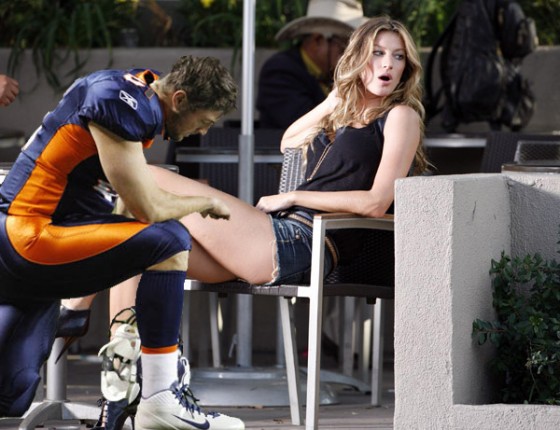 She feigns indifference, but it’s clear Tebow is closing in on his prey. 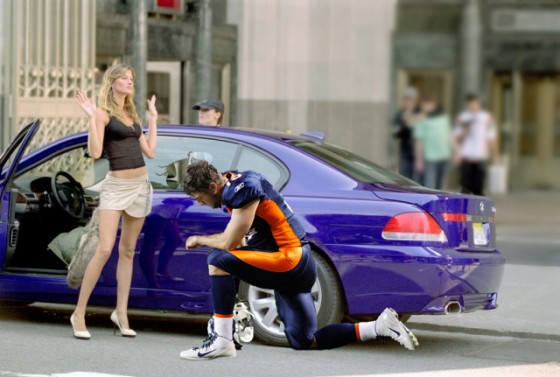 As you can see, there are no depths to which Tebow won’t stoop to defeat Brady. And nothing short of the Apocalypse will prevent him from reaching the promised land.