So here we are, down to the Final Four in the NCAA Basketball Tournamaent and chances are pretty good that your bracket was busted all to hell a few weeks ago when teams like Duke and North Carolina bowed out and upstarts like Dayton stuck around for a little while eliminating other contenders like Syracuse. Ah but the magic didn’t last, and people like me were pissed off enough to throw TV remotes when Michigan and Michigan State decided they no longer understood how to actuall play college hoops and ran the length of the court with their collective thumbs wedged firmly in their collective asses. Well, such is the heartbreak of the tourney; without such heartbreak it wouldn’t be nearly as exciting as it is. But I digress… big time. 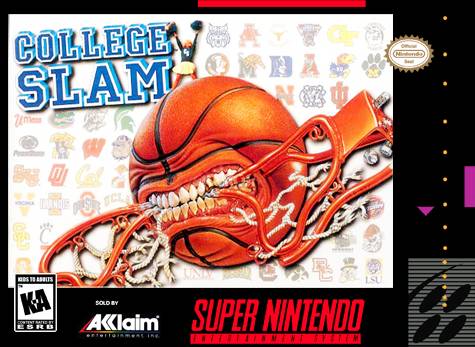 Show of hands if you remember the arcade/console hit ‘NBA JAM’? Well sure ya do! That more-or-less basketball game was an epic hit for a time and anyone worth his or her salt who owned a home system had to own NBA JAM. Sure the basketball skills themselves within the game weren’t exactly on par with others of its ilk, but who really gave a shit when you had the ability to dunk a ball from half-court while spinning three-sixties and literally being on fire! No one, that’s who, because that was the entire point of the game: making as cool of dunks as inhumanly possible from as far from the rim as you could. Awesome, without a doubt. 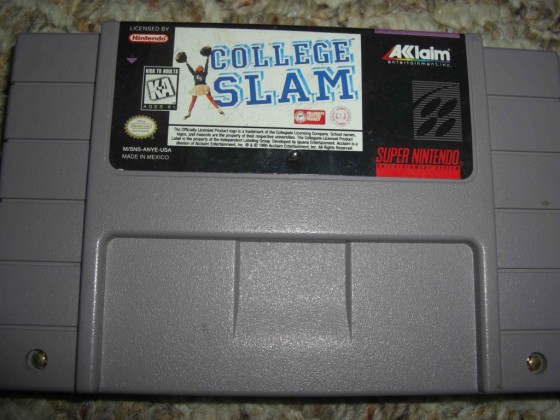 But, did you also know that second generation systems (those post the NES I mean) offered a game from the makers of NBA JAM that featured nearly all of your College favorites? Oh yes. It was called ‘College Slam’ and it was simply stunning. Hitting stores in 1996 and playable on such systems as the Super Nintendo, the Sega Genesis, the GameBoy, the Saturn, and the original Playstation, College Slam might have looked and played identically to its prequels, the NBA JAM series, but what it lacked in newness, it more than made up for in a stuffed roster.

You had the ability to choose from 44 different college teams, most of which were Division 1 schools, except for such oddly missing as Notre Dame and Tennessee, both having made the tournament that very year. Bizarre. Oh well, despite that obvious short list of omissions, the game was addictive, just as NBA JAM before it, and as long as you’d played that particular one before, you had no reason not to dominate the floor in College Slam. 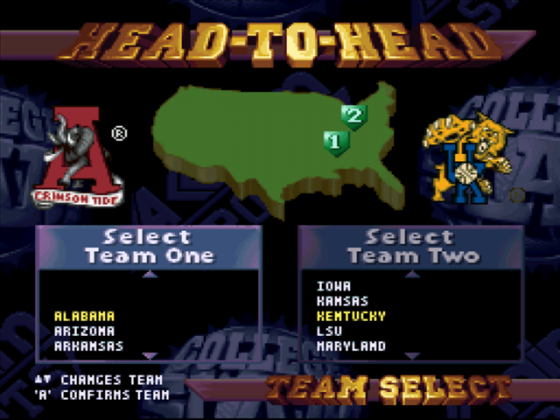 Remember when the magic really began? Well, aside from the early cool dunks that is. After draining two baskets in a row, the Dick Vitale-like announcer would shout, “He’s heating up!”. Then you’d hit that all-important third swish and you’d be, “On Fire!” and your ability to hit the shots from nearly anywhere on the floor increased exponentially. As did the flamability of your ball, apparently, because as long as you didn’t miss, you remained a scoring machine and the flames and smoke continued to pour off the ball somehow never melting and/or singing your hands. Your dunks then got ridiculously more impressive as well affording you the ability to spin, twirl, reverse, sommersault, and otherwise turn into a Jordan clone. It was clever, cool, and utterly silly all at the same time. And that, kids, was the very reason why NBA JAM/College Slam was just so much fun. 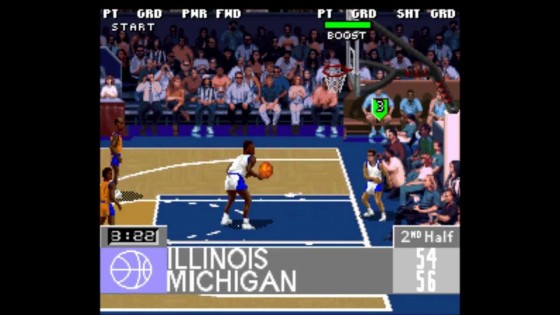 So who cares if your bracket exploded into shambles from the word go? Who cares if your share of the office pool just went to Lorraine from accounting because she picked based on the prettiness of the uniform colors? And who cares if your team fell to someone like, oh, I don’t know, Kentucky or UCONN (stupid Michigan teams…)? All you need to do is dig out that old console (or hell, find one on eBay for like 50 bucks) and pop in a copy of College Slam. Now we’ll see who’s best as your Blue Devils run through the tournament like an angry bull. Now that’s fun!