Sports > Football > Is It Time for Mark Sanchez to Exit, Stage Right?

Is It Time for Mark Sanchez to Exit, Stage Right? 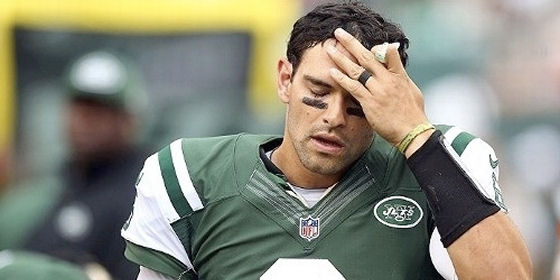 Ah, New York. The Big Apple!  If you can make it there you can make it anywhere!  Broadway, big shows, bright lights and the New York Jets. Yes, we’re aware the Jets don’t play in New York proper, but soon that won’t matter for one Mark Sanchez.

Sanchez, the one time would-be savior of the New York Jets is now seen as a huge bust by all parties involved. In his four seasons with the team, his production and the quality of his performance has steadily declined. It can’t all be attributed to the quarterback, of course, but the poor decision-making and the lack of accuracy falls squarely on this man’s shoulders.

It was argued when he entered the NFL Draft that he should have stayed one more year at USC under the tutelage of head coach Pete Carroll and matured a bit more. It’s hard to argue that point in hindsight.

Now, with the Jets officially announcing that Sanchez will not be starting this week against the San Diego Chargers, it appears that Sanchez’s days in New York are numbered. The question remains, how will the team get rid of him when his contract guarantees him $8.25 million for the 2013 season?  And the infamous “butt-fumble” as it’s become known isn’t going to help his case when calling on potential suitors.

There are certainly teams desperate for a change all throughout the league, but are they desperate enough to trade laterally in terms of talent and absorb an eight million dollar hit on their salary caps? Time will only tell, but for now, it appears the lights have gone out on the Mark Sanchez show. 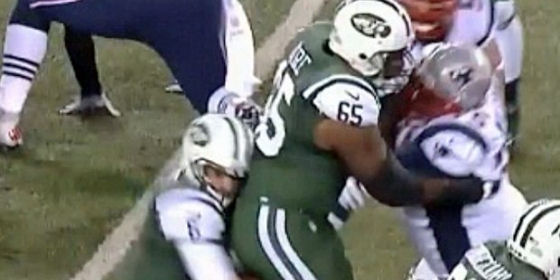