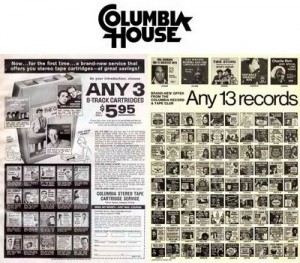 Ok, maybe you don't remember this far back

Hey, do you guys remember a time time when you were young and naive enough to sign up for Columbia House? The idea of owning copies of Color Me Badd’s tape, Salt n Peppa’s CD, and Nirvana’s latest release.. all for the low low price of a penny? And it all sounded so easy and simple until you forgot to send back that Sting CD, had to pay for it and your mom yelled at you for being stupid. There’s a reason only the profoundly moronic fall for traditional negative option billing scams like Columbia House these days. We’re not signing up again. We’ve paid far too dearly for those copies of Crash Test Dummies. Now there’s another company out there- but instead of preying on the gullible and stupid they’ve set their sights on the hurried and not paying attention. It’s called Synapse Group and they want you to accidentally buy magazines. 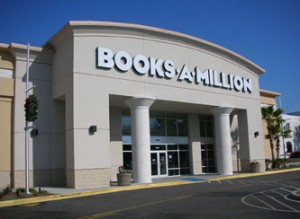 The way it works is this- you go to Books-a-Million and agree to buy a discount card in exchange for 8 free weeks of magazines. You give them information, sign a receipt, and only then notice that you need to cancel a subscription or you’ll be billed for 6 months of Entertainment Weekly or Sports Illustrated or whatever you agreed to while your kids were shouting about not getting that cool Twilight bookmark. Of course, you think to yourself, I should have figured that out a second ago, huh? But you really wanted to drink your coffee before it got that skin on it and you weren’t really thinking about it. You sort of forget about the subscription and get billed $56 a few weeks later. And all you wanted was frickin coffee. Books-a-Million, not content to simply annoy their dwindling customer base, extended the free magazine offer to every customer who uses a credit or debit card, which depending on the market could be as many as 90% of people.

The managers of this ingenious plan is the aforementioned Synapse Group. By tricking people into buying magazines, Synapse gets a cut, Books-a-Million gets a cut, and you might get an overdraft fee. This might sound familiar to you guys since Synapse has proudly worked with companies like Best Buy, Footlocker, and USAirways. The theory is that the sales associate will tell you up front that a Columbia House deal is about to go down with your name, address and credit card info, but as you can guess that’s not always the case. In a working environment where employees are threatened with termination for not selling enough membership cards and magazine subscriptions, there’s no incentive for that college student being paid $7 an hour to hawk discount cards to be honest with you. Like all of us, he just needs to get paid, yo.

Synapse Group is owned and operated by Time Warner but they distribute more then Time magazines. You can get nearly every magazine imaginable from them. But not from Synapse directly, you see. The guys who run this aren’t stupid, and they don’t want Time Warner or themselves tarnished by sleazy business practices, so they run several little feeder companies with various names- NewSub Services, Elite Traveler Awards, freebizmag.com, and the subsidiary that sells for Books-a-Million – Magazine Customer Service. So, when you call the 800 number to get your $56 back you’re calling a company with some vague name but it’s all run by Synapse Group, which is in turn run by Time Warner, and this is so confusing my feeble female brain is full to bursting. Savvy Gunaxin readers will point out that Synapse has an A+ rating on the Better Business Bureau website, but that’s because Synapse’s actual clients are fellow conglomerates who are very happy about sharing in the spoils from the easily distracted. Magazine Customer Service, a name under which Synapse actually sells the magazines to the public, has an F rating.

Synapse has been successful with this for 17 years. And this probably worked ingeniously 17 years ago. So you get tricked into buying a subscription to Essence, who are you going to bitch to? The guys at the office? Believe me, they didn’t care a decade ago. They wanted the new Tom Clancy book, and thanks for the heads-up about a magazine scam, but your feeling stupid isn’t going to stop them from shopping at Books-a-Million. But this isn’t 17 years ago. We’re smarter and much more media savvy than we were then, and screw you Books-a-Million we shouldn’t have to read fine print to buy a damn book.

But now Books-a-Million is implementing this, when your co-worker can now get that same Tom Clancy novel for one dollar off Amazon. A pissed off customer can tweet his dissatisfaction while still in the store. Millions of people have blogs with loyal followers and now a struggling chain bookstore wants to further upset customers as more and more of them flee to online book sellers like rats from a ship. Chain bookstore revenue fell 5% in 2008, and although Books-a-Million was the victor of the “who can lose less” money race, Amazon.com saw a 16% increase in media sales that year. And that’s just Amazon. Plus, online retailers don’t have close to the overhead the average chain bookstore has. Best Buy is still reeling from racketeering charges when they were caught in bed with Microsoft, other retailers like FYE were seeking a piece of the magazine pie and this is the worst time any business could afford to lose customers in nearly a century. Plus, magazine sales are at historic lows and will likely never see a real rebound. Each industry, company, chain, and retailer employs countless people and Synapse Group is only too happy to set up a stellar band on the deck of this sinking ship.

I fancy myself a real writer despite my lack of education, intelligence or basic grasp of correct spelling. So I actually emailed both Synapse Group and Books-a-Million for comment, but neither got back to me. I’ll let you guys know if they ever respond, but until then, search for “Synapse” at RipoffReport.com. Happy reading!