By Jeffery Mitchell on September 3rd, 2013 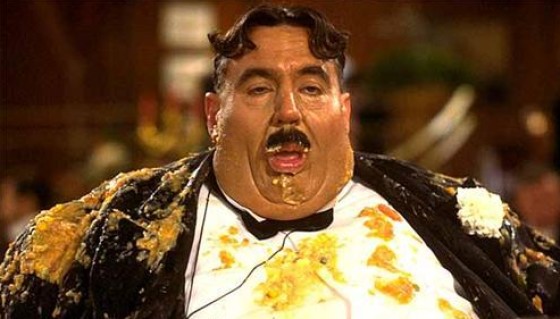 Eating is a whole lot of fun to do. Most of us eat simply for the pleasure of gorging ourselves and not so much for nourishment nowadays. However, in certain situations, even the basest pleasures of consuming until you feel you’re on the verge of puking can be swept under the table (not unlike vomit itself). Instances such as a wedding (especially your own wedding) or a funeral (especially your own funeral) are not the best moments for you to determine how many pickles you can fit into your mouth at once.

It is for this reason that we here at Gunaxin have set out to provide you with a few simple guidelines for table manners that should keep you from completely disturbing and offending the people you’re dining with. 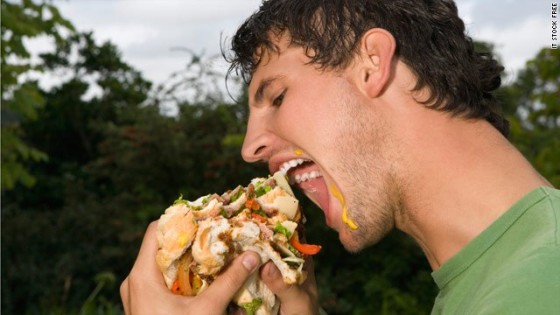 As a general rule, fitting more than three of anything into your face-hole is considered a faux-pas. Of course there are exceptions to this guideline (rice, pasta, beans, etc.), but for the most part, three of any type of food just won’t fit in your mouth anyway. Dinner in polite company is no time to set a new world record for how many drumsticks you can fit between your cheeks at once. Then again, if you stick only two whole drumsticks into your mouth, you’re technically not yet violating the rule.

Another way to stay out of trouble at the table is to disregard the holy “make a sandwich out of it” rule. Sometimes you just shouldn’t put peas, mashed potatoes and a pork chop in between two biscuits, and whenever other people are around, you can bet it’s one of those times. 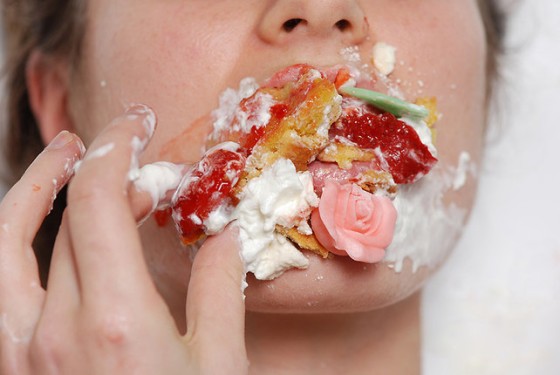 The all-too-difficult-to-beat habit of swirling everything on your plate into what can only be described as a sort of culinary kaleidoscope is something you’ll need to resist with all your humanly might. When in doubt, sort it out!

Put rice and mashed potatoes side by side and separate your stuffing and yams (what is this, Thanksgiving?) to keep your fellow diners from swallowing their own meals more than once. Mixing it all together can create a brown mush, where we’d rather see a color wheel on your plate.

3) Let the dishwashers do their jobs 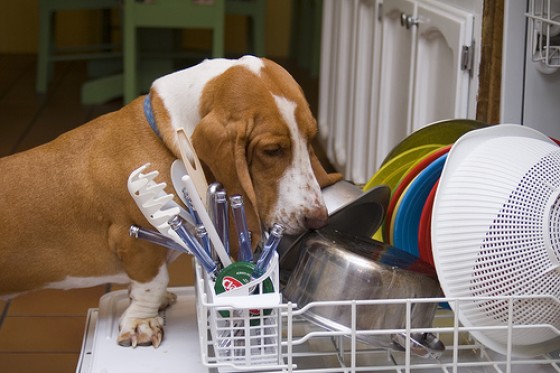 Look, eating all of your food is, in fact, considered polite in most cultures; however, licking every discernible morsel off of your plate, utensils, hands and clothing is far beyond reason. Dishwashers are called such because that particular responsibility is theirs to relish (or loathe). Leave the plate-shining to them; chances are they’re a lot better at it anyway.

This rule can be extended to food that you’ve knocked off of the table (shame on you!) as well; you can’t wrestle a half-eaten pork chop out of the dog’s mouth and place it back on your plate without earning a bit of genuine disgust from SOMEONE at the table.

4) To each their own – literally 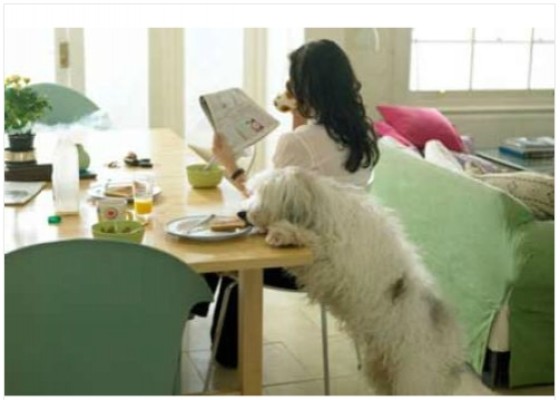 Your dining companions may have ordered something that looks roughly 100% better than your own food, but snatching some of it while they aren’t looking or when you assume “they can’t see you” is inexcusable. They’ll know you took it and they’ll curse your ancestors for having brought you into existence. Just accept the fact that you shouldn’t have ordered the curry sheep’s tongue and chalk it up to experience. Don’t make it worse by scornfully trying to glean a slice of filet mignon from your mother-in-law. It just won’t end well.

Lastly, if all of these tips seem too difficult for you to follow, you should probably just stay home and order a pizza.