Was ‘Titanic’ a Dream Invasion?

In the 2010 movie Inception, Leonardo Dicaprio plays Dominic Cobb, who washes up on a beach at the beginning of the movie. This led many people at the time to conclude that Inception was a sequel to Titanic…

Maybe it goes deeper than that though. What if all of the Titanic scenes set in 1912 were actually a Dream Invasion?

Cobb is a person who invades dreams in order to steal from them. Apparently, Cobb has been at this some time as well. Obviously, Cobb would have been interested in the mystery surrounding one of the largest diamonds in history.

In 1997, Rose was one of the last survivors of the Titanic and one of the few people in the world who might have an idea where the fabled ‘Heart of the Ocean’ diamond was.

Dominic Cobb did not appear to be above stealing from old women. So, in order to find out what happened to the diamond, Cobb created a ‘dream’ in which Rose had experienced a ‘great love’ on her voyage 80 years previously. Getting her to pose nude was just an added bonus for us, and one of the best perks of his job. 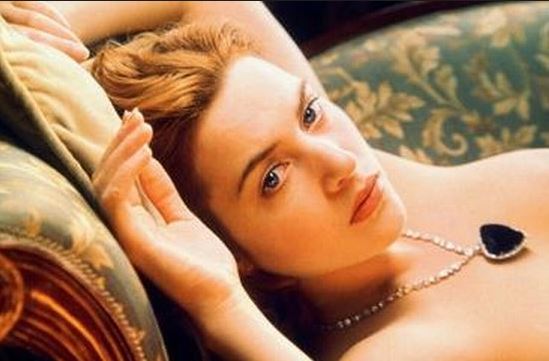 Naturally, you would never be able to find a ‘Jack Dawson’ on the manifest afterwards, since he only existed in dream land. During the course of the dream invasions, Cobb also manages to convince Rose of something else a bit more sinister. 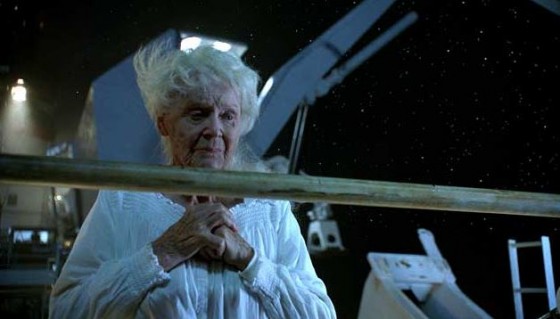 At the end of the movie, Old Rose willingly returns the Heart of the Ocean to the sea. This is something that she has held close to her person for decades. She wakes up and all of a sudden it is gone. She would never report the crime because she knows exactly what she did with it. She ‘secretly’ chucked it over the side of ship. It all seemed so real that she would have had to have done it. It is not like her ‘dead’ dream lover would figure out that she kept the Diamond and stole it from her while she was sleeping.

So, it turns out to be the heist of the century. Cobb ends up with a diamond that has been lost for decades. Since Rose never owned up to having it, it is not even stolen property. Rose tossed it over the side of the ship in her mind, so she never reported it as stolen. Rose was a hundred years old in those events, so after Rose’s inevitable death, all Cobb had to do was ‘find’ the ‘Heart of the Ocean’ and then auction it off to fund his other projects.

At the beginning of Inception, Cobb is living abroad while avoiding a murder charge, which generally would require a substantial amount of cash. Cobb could have stolen money from anyone, but he could also still be living off of the sale of an object. 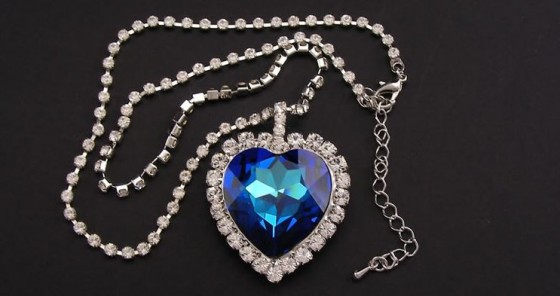 It starts to make you wonder about Leo’s other movies as potential dream extractions to glean information. Can you imagine if he had managed to get inside the head of a secretary who had seen all of J. Edgar Hoover’s secret files? Even today, someone could make a fortune having seen what Hoover actually had on some people. 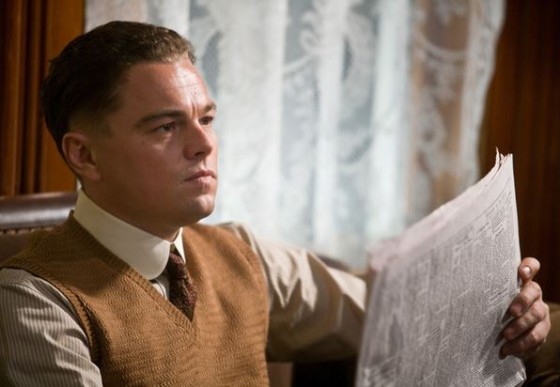 Alternately, there is also the mystery of why an elderly patient had been lobotomized decades earlier. By taking on the persona of that man’s younger self while allowing them to think that they were the ‘partner’ as well as a ‘doctor’ would unlock the secrets of the facility at ‘Shutter Island.’

You would have to admit that he is good at his job. Maybe that’s what’s eating Gilbert Grape?