Media > Movies > Offbeat Ways to Have a Titanic Sequel

Offbeat Ways to Have a Titanic Sequel 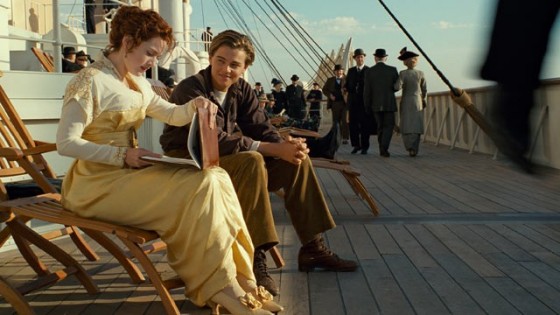 The trouble is of course that there was thought to be no real place to go after the original movie. The ship sank and the main character died at the end, how could you possibly make a sequel?

It would be difficult but not impossible. Anyone who has watched all of the Planet of the Apes movies can tell you that you can destroy the whole world in more than one timeline and still have sequels. One such possibility of the Inception angle that we’ve already explored. The following are some additional ‘thinking out of the box’ ways to continue the billion dollar franchise.

The Curious Case of Rose Buckater

The story of Titanic was almost a continuous adventure. Jack had lived a life of adventure before he got to the Titanic. Rose, by contrast, had lived a rather stilted live which became infused with adventure for the rest of her days after Jack died. The Titanic was simply their one shared adventure.

You would start the movie with scenes cut together of Jack being born and Rose’s funeral. As the movie progresses, Jack gets older and has adventures as a young man. You would conversely see Rose getting younger and having adventures. Each character would settle into one main adventure thread for the better part of the movie.

At the end of the movie, you would see the opening scene of the Titanic in which Rose and Jack both board the Titanic. In that way, you could sequelize and prequelize the movie at the same time. In this day and age of sequels and prequels, it would be kind of a Godfather Part II -esque way to make an original film. Naturally, both characters would be given either a previous or subsequent romance which ends tragically.

The Continuing Adventures of Molly Brown

When exactly was it that everyone collectively forgot that Kathy Bates was an Academy Award winner who could carry a movie? Isn’t it really about time that people woke up again and remembered that fact? Margaret “Molly” Brown lived for twenty years after the Titanic tragedy, generally being pretty rich and feisty through the whole time. She fought for the rights of workers and women. She even fought her own kids over her husband’s estate. Brown was a true frontierswoman who was willing to take on anyone.

The movie would be more of a ‘one off’ rather than a true sequel. However, in this day and age, it would seem more appropriate than ever that Brown as well as Bates get the big screen treatment that they really deserve… once again.

Rosenkrantz and Guildenstern Are Dead 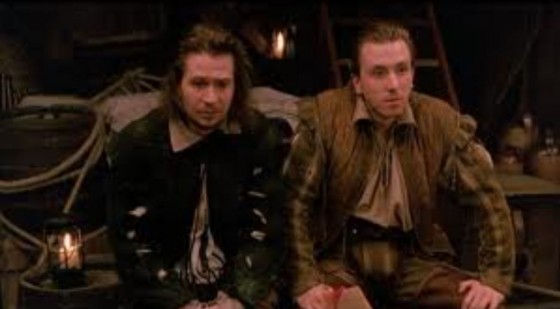 Tom Stoppard’s play Rosenkrantz and Guildenstern Are Dead brilliantly took two minor background characters in Shakespeare’s Hamlet and crafted an intriguing fantasy around them as the story of Prince Hamlet was unfolding. In the Saw movies, the main character died in the third installment and there were four more built around the events as well as the continuing plans.

You could not only make another Titanic movie. but almost an entire series by giving a rich story to people who were only barely in the first one. They could have not actually had screen time in the original movie at all and be near the unfolding of the actual events. To a lesser extent, this was also done in the Get Smart spin-off Bruce and Lloyd Out of Control. It could even be played for quite a few laughs as a near parody. If you don’t think that could or should be accomplished, then you might want to go back and watch Bud Abbott and Lou Costello Meet Frankenstein or any of its follow ups.

Back To The Future 4

Obviously, Marty McFly, Biff Tannen, and Doc Brown flying all over the spectrum of time had quite an effect on what was to be our future. There are no flying cars and some how they made the Cubs suck for decades more. We know that the Delorean made a visit to October of 2015. There would probably a whole group of people by now waiting on it coming. A Back to the Future adventure on the Titanic in the background of the Cameron movie would probably be a nightmare to secure all of the copyrights and actors for, but it would be every bit as fun as the amusement park ride made out of the movies.