Today In Historical History: May 24th 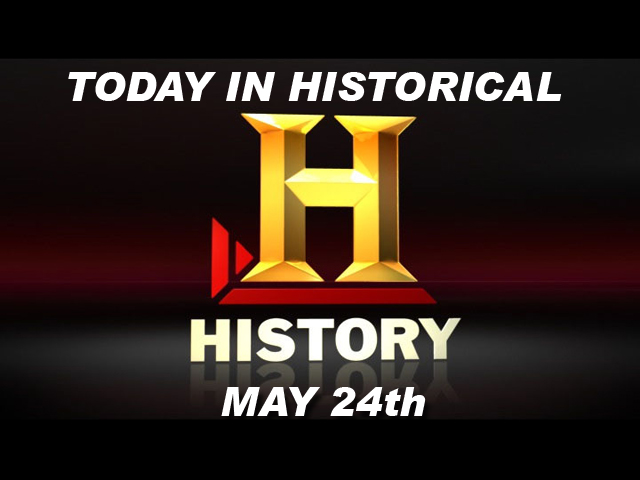 Welcome to a brand spankin’ new humor feature here at Gunaxin where every so often (depending on what cool shit went down on the particular day) I’ll be bringing you: Today in Historical History! It’s a fun and hopefully funny look at some of the interesting bits of knowledge and stuff that occurred on this day sometime!  Now that’s descriptive! Okay, here we go…

Mary Had a Little Controversy 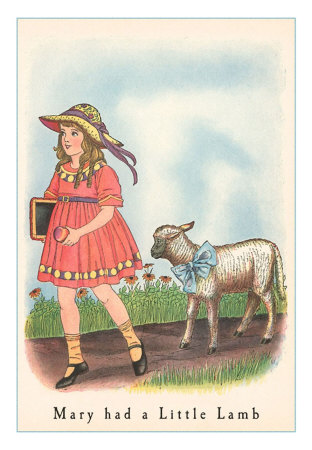 Moments before the little lamb viciously attacked Mary and devoured her corpse.

That’s right lovers of all things poetic and Mother Goose-ish, today over a hundred and fifty years ago the Mary Had a Little Lamb nursery rhyme was first published. Sarah Josepha Hale is largely considered the mother of this well-known children’s story, but that’s only the half of it. Here’s what Wikipedia has to say:

There are two competing theories on the origin of this poem. One holds that Roulstone wrote the first four lines and that the final twelve lines, more moralistic and much less childlike than the first, were composed by Sarah Josepha Hale; the other is that Hale was responsible for the entire poem. Another person who claims to have written the poem and well known nursery rhyme is Mary Hughs but it has been confirmed that Sarah Hale wrote it.

Man, that must have been a real nail biter back in the day. Damn, even medium-profile divorce proceedings garner more flack than this debacle. Oh well, at least it all worked out in the end. Mary ate the lamb. 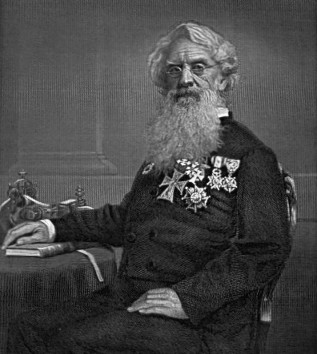 "Hi. Samuel Morse here. Can I interest you in Long Distance today?"

Ah good old Samuel Morse. Without this talented cracker, the way in which we communicate today by being as far away from our intended audience as humanly possible wouldn’t have come to its eventual fruition. You see, Morse here invented, tested, and patented the Telegraph… well, for the most part. Here’s some more info for those of you looking to be bored to tears: Morse. His first message read, “What Hath God Wrought.” and as it appears, he wrought the power to let Morse live to 80. Not too shabby.

Getting All Dizzy in Orbit 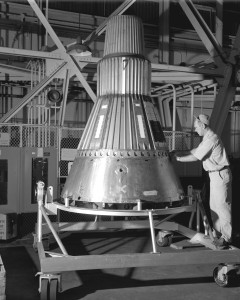 In ’62, Project Mercury (the first human space flight program in the U.S.) sent Malcolm Scott Carpenter in orbit around the earth thus setting into motion the most egregious and colossally expensive series of pointlessly epic failures this nation has ever seen. Okay, fine. We’ve been to the damn moon and some satellites have gone up and other shit, but come on! It’s 2010 and we haven’t even met the Romulans yet, what the hell?

Sprint Does Not Exist in This Dojo 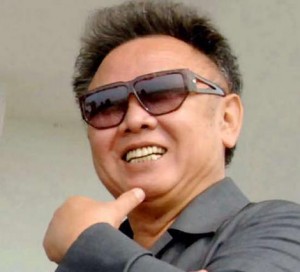 Adding to the insult of already living in North Korea in and of itself, comes the injury of not being able to freely and openly communicate via cell phone. Yep, you heard it here. After phones were introduced in early 2000, and then made available to over 20,000 North Koreans by 2002, the government (mind you a government who already controls TV and Radio Broadcasting) decided to be the ultimate in dick heads and stop cell usage once and for all. See? Next time you bitch about the liberties you might be losing by not being allowed to smoke in a Stuckey’s, at least you can rest assured that Obama likely isn’t going to rape you of your Blackberries. Y’all bitch too much.