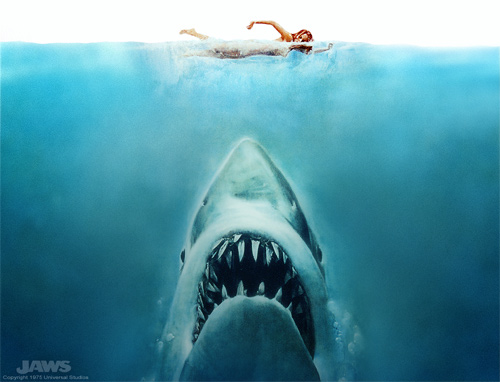 Will the remakes ever stop? Alas, it seems not. According to the Tinseltown Tribune, everyone’s favorite Scientologist/movie star Tom Cruise has agreed to assume the role of Chief Brody in an upcoming Jaws remake. Ugh. I’m glad Roy Scheider is dead.

No director has been attached yet, but Steven Spielberg will executive produce. There are also rumors that Daniel Day-Lewis is close to signing on to play kick ass shark hunter Quint, a part made famous by the great Robert Shaw. If anyone can step into those giant shoes, I guess DDL has the chops.

I’d love to jump aboard this fantasy ride, but I’d be kidding myself if I did. No matter how many tricks the filmmakers pull, improving on the original seems impossible. Oh well. At least we can all have fun making jokes at the expense of this fraudulent idea.