Sports > Other > Tony Hawk Ollies Over a Lexus LFA 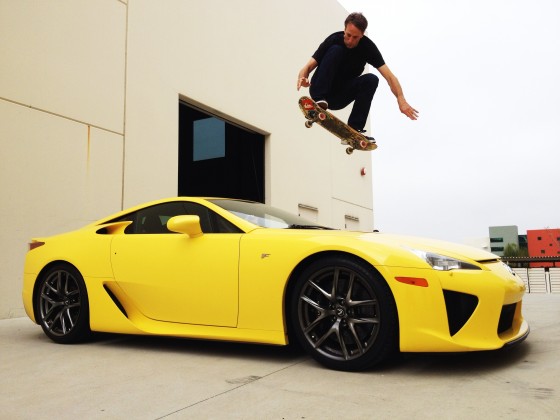 Our friends at Lexus sent Tony Hawk a 2012 Lexus LFA to borrow for his Birthday over the weekend. Of course, he didn’t just drive the $400,000 sports car, he ollied over it. Apparently he didn’t even ask permission before the jump, but since the car is intact, we’re sure Lexus won’t mind. We had the chance to ride in one of these in Vegas and would love the opportunity to borrow one for the weekend. For the record Lexus, this site was born on October 18th, and we’ll be glad to send you plenty of photos of us doing crazy stuff to your vehicle.