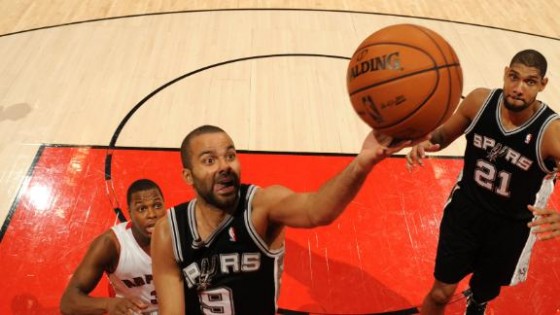 During last nights double overtime game between the Spurs and the Raptors, San Antonio Guard Tony Parker put on a show. Early in the game Parker busted out the best spin move we’ve seen all season, to put the Spurs up 22-18. On the break, and confronted by Andrea Bargnani and Jose Calderon, Parker did a full spin, split the defenders, and went in for an easy two. The Spurs went on to win 111-106 to move their record to 11-3 and drop to Raptors 3-11.