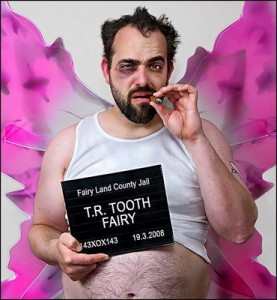 Growing up we all couldn’t wait to go to bed and wake up with a quarter or a dollar bill (depending on the rate scale) under the pillow. Whether, it was catching your father digging for your tooth at 3 A.M. or the tooth fairy and your mother hitting the bottle, thus forgetting all about your fangs, the fun eventually comes to an end. Except if you are Elena Aronson.

In a story by The San Francisco Chronicle, riding the bus in San Francico has never been so magically scary. Aronson met a man that can only be described as the tooth fairy:

A man sitting next to her fixed his gaze on her teeth, and said, “I want them.”
“He kept saying how my teeth were beautiful, like the moon and the stars,” she recalled.
Aronson, who grew up riding buses on the South Side of Chicago and later in New York, had never encountered anything quite like it. She decided to make a quick exit. The next thing Aronson recalls is being on her knees outside the bus, bleeding profusely from her torn lip – with her two upper front teeth missing.

It took Aronson 6 months after the attack to get someone to take her seriously, they eventually created a sketch of what the tooth man looks like: 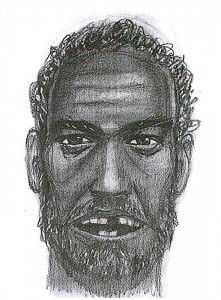 When I think tooth fairy I think hot woman short tutu, I don’t think Marv the burglar from the Home Alone movies. A few potential reasons the man is stealing choppers: it’s cheaper than buying a  grill from Paul Wall, Amy Winehouse is paying top dollar for new tusks, and/or he is making a necklace for his life partner. Regardless, he is obviously not using them for his own benefit, the guy can hardly make one solid row of teeth between both of his gums. So either he is an out of work dentist that’s still getting his kicks or the “black toof market” has invaded our streets and suburbs and is reaching for our molars.  Either way wear your protective mouthpieces out this holiday season because this toothless bandit is still on the loose.