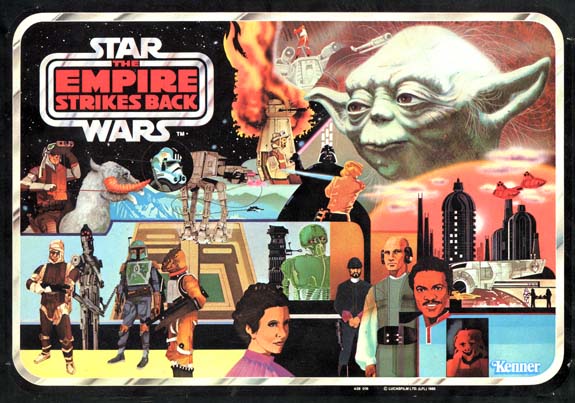 In the late 70s and early 80s, I was lucky enough to have Star Wars toys, and I still have them in boxes in my father’s basement. Unfortunately, several of the action figures I owned didn’t last – their heads popped off and more than once I lost a C-3PO in the sand at the beach. While the action figures were the only toys that were must-haves (which we earned for good behavior while with our mothers at Toys ‘R’ Us), the coolest toys generally were the big expensive sets that we only got for our birthdays or religious holidays. Here are the best:

The Rebel Transport was not the most well-known ship in the series but I had it and it was fun to play with with because it was huge. It was big enough to hold many action figures and therefore served as a carrying case. 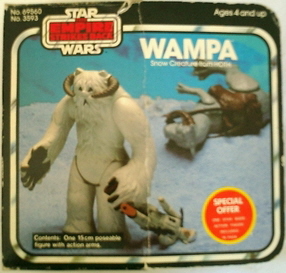 I love me some Wampa. The Empire Strikes Back’s abominable snowman, he almost killed Luke before being sliced open with a lightsaber. 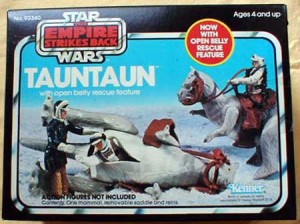 If you had the Wampa you also had to have the Tauntaun, those Hoth kangaroos with the slit bellies to keep Luke warm. When Han sliced it open, it was perhaps the most disgusting scene in the entire series. 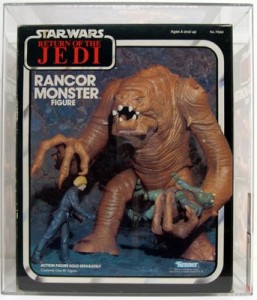 The Rancor, from Return of the Jedi, had a minor role in the film, but was simply an awesome creature. Sure, Luke killed him by slamming a door on him, but as a toy he was so much more than Jabba’s pit monkey. This guy was the ultimate beast, and we didn’t see anything like it again until the cave troll in Lord of the Rings: Fellowship of the Ring. 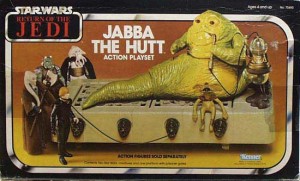 Jabba the Hutt was the ultimate criminal. He was a gluttonous mob boss with his henchmen and space monkey who chained up women and made them dance for him. This toy even had a dungeon with retractable doors, right underneath him. The smell alone would kill a victim. 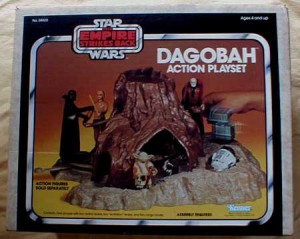 Dagobah was Yoda’s swamp from The Empire Strikes Back. This was a cool toy because it had a number of features, including quicksand (which rotted away over the years), and you could remove the hut. You could also press down on a rock and make the boxes rise in the air, and flip Luke around like he did in the movie. 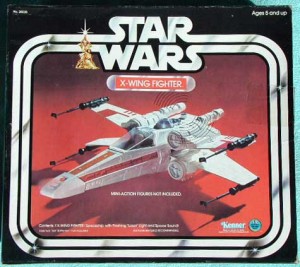 You just had to have the X-wing fighter, and it was even better with the orange-uniformed and helmeted Luke. Kids spent many afternoons racing this through the Death Star and blowing it up. 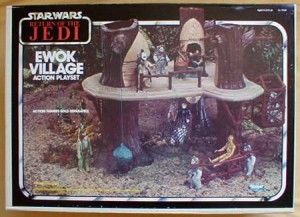 The Ewok Village was another cool toy with many moving parts, including an elevator, a rock swing, a ‘throne’ for C-3PO, a net to capture people, and a fire to hang Han over. Many years later, this toy was reintroduced for the Kevin Costner film Robinhood: Prince of Thieves. 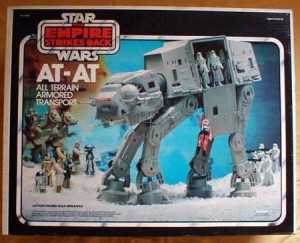 The AT-AT all terrain armored transport was so cool that I suddenly wanted to join the Empire and attack the rebels. These things marching through the snow in The Empire Strikes Back were awesome. 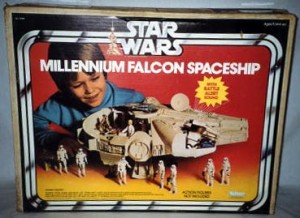 The ultimate toy, the Millennium Falcon lasted through all three movies and is tops on the list of all-things Star Wars to have.