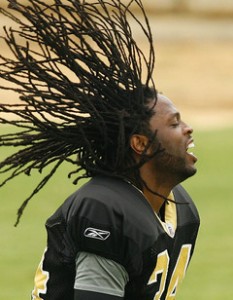 While I was watching the Saints take on the Pats this week, I saw a bunch of players with dreads. I started to wonder if these players were channeling their inner Samson and getting strength from their luscious hair. Okay so I really wasn’t thinking that, but between me stuffing my face with Tostitos and queso dip and watching my fantasy football points rise with Brees throwing TD’s like it what his job, I started thinking of the Top 10 players with dreads.

So number ten on my list would be Mike Mckenzie from the Saints because he started me on my most important task of thinking about the players with dreads.  They are compact and flutter in the wind as he intercepts passes from QBs. 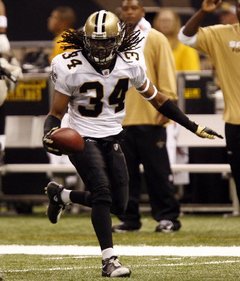 Number nine is Laurence Maroney for he is a young running back that gets touchdowns but sometimes fumbles the ball and makes Belichick get a few more grey hairs that blend in well with his hoodie. 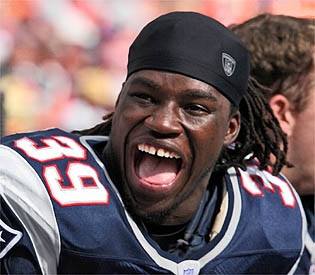 Number eight is Marshawn Lynch from the Buffalo Bills. It is still yet to be determined if alcohol or the dreads in his face was the cause of his hit and run of a pedestrian during the off-season. 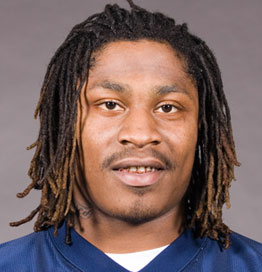 Number seven is Langston Moore. Why? Maybe I want to include the Lions in a top ten list for something that is related to the NFL. 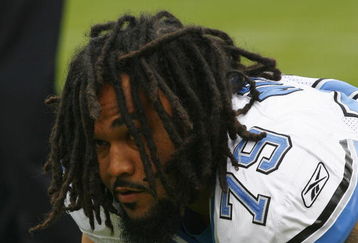 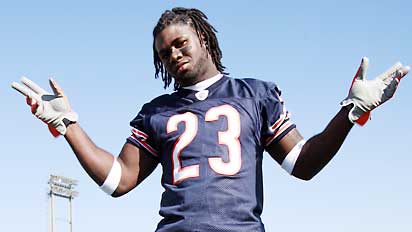 Josh Cribbs from the Browns is number five on the list for the fact he is the only constant scoring threat that the Browns have on their team. 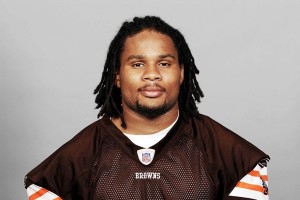 Bob Sanders makes the list because he’s fuckin’ Bob Sanders…..just look at the way the dreads move with elegance in this picture. 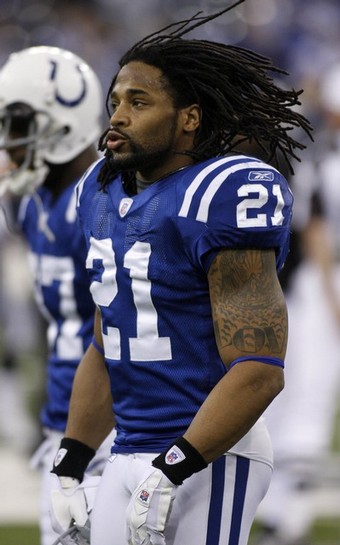 Al Harris is number three on the list for the fact that he was one of the original players to rock the dreads from my recollection. You can tell with his Rapunzel hair length. 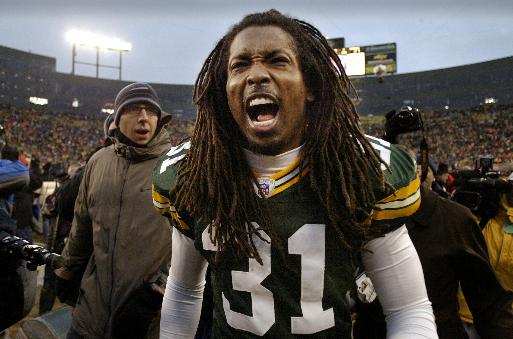 Chris Johnson hits the list at number two. Johnson is a beast, breaking records left and right with the stats he is putting up this year. 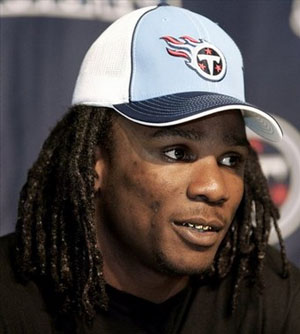 Now for the drumroll………………the number one NFL player with dreads is Larry Fitzgerald. This guy (knock on wood) did not get hurt yet like Troy Polamalu, who shared the Madden 2010 spotlight with Larry. We all know what happened with the past players who got hurt from the Madden Curse. To me that is the best feat that Larry has reached in his NFL career. Forget getting to the Super Bowl. To stay injury free this year, that takes skill. Larry is still playing strong and maybe it was a good thing to share the cover with Troy. 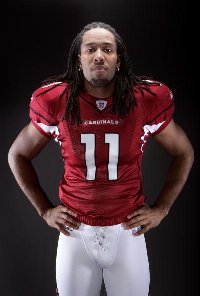 * Many players were omitted from this list, as they have been suspended from the NFL, for violating Roger Goodell’s Hair Abuse Policy. 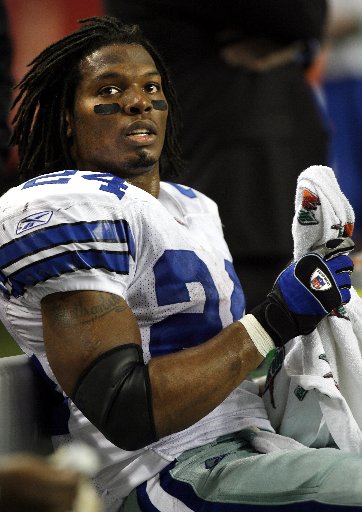 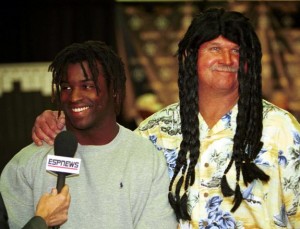 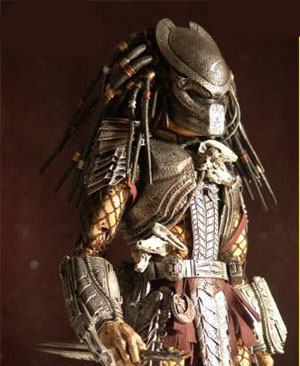