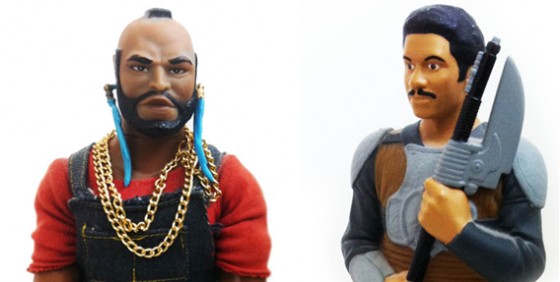 For Black History Month, instead of giving a lesson on George Washington Carver’s nuts like we got each year in elementary school, this year we’ll discuss African American action figures (of fictional characters). This includes, yes, four different ones of Sam Jackson, but oddly, none of Will Smith. Did we miss your favorites? Name them in the comments. 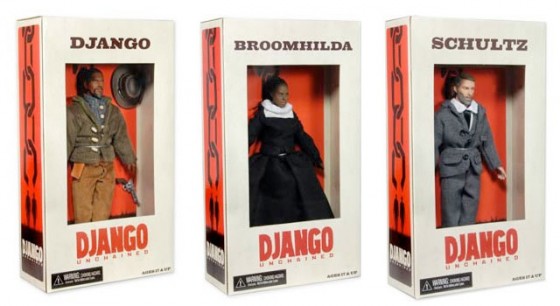 It’s not just kid movies that get merchandise. Quentin Tarantino’s slave-themed spaghetti Western film, Django Unchained, also had action figures released. Responding to an outcry from civil rights activists and others, the studio had the toys discontinued. Then eBay banned them. Guess what happened next? Their value skyrocketed, and they now go for hundreds each.

Similar items were created for other Tarantino films, like Inglourious Basterds, but those are okay because Nazis don’t offend anyone. 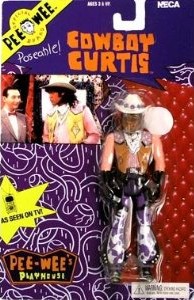 This was the role Laurence Fishburne was born to play. 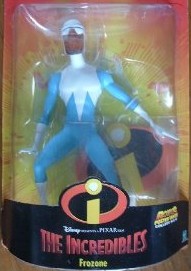 Here’s a character who could get his own Pixar spinoff, with or without The Incredibles II.

LeVar Burton and Michael Dorn brought the soul to space.

I couldn’t find a Halle Berry Catwoman action figure so we’ll have to do with her slightly more popular character.

You can’t really have Carl without Lenny. He looks so alone. There are a few other Simpson’s characters who are black, such as Judge Roy Snyder, Bleeding Gums Murphy and Officer Lou.

Sometimes when I watch The Cleveland Show I throw something at my television and yell “Be more funny!” Yet I keep tuning in each week.

Raise your hand if you got the Green Lantern and Green Hornet mixed up. The way to tell the difference is easy – Seth Rogen is Green Hornet.

Good ‘ole Chef. We remember him fondly, before he went nuts. 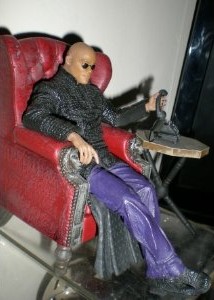 Forget Cowboy Curtis, get this version of Fishburne, instead. He can even sit in a chair!

With Wesley Snipes in prison, we’ll have to wait a long time for the next Blade. 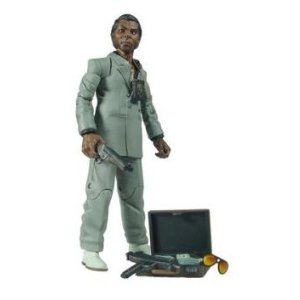 I almost forgot about Philip Michael Thomas. We all did. 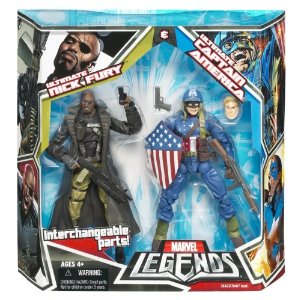 Well, at least one version of Nick Fury is black. And yes, it’s Sam Jackson.

The best part of this character? He talks in rhymes. 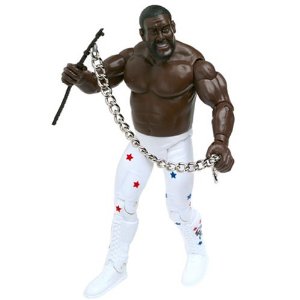 May my fifth favorite professional wrestler ever rest in peace. 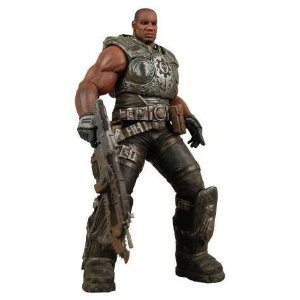 From the game, Gears of War. 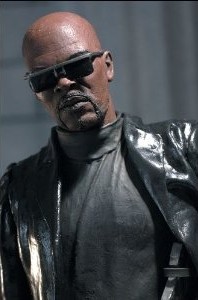 The article could’ve been Top Samuel Jackson Action Figures, instead.

There have been many Lando action figures over the years, all of whom look like Billy Dee Williams. Score. 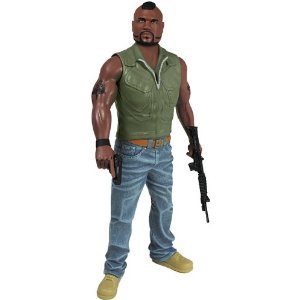 Mr. T still rules, but the better figures are actually of Rampage Jackson in the role. We lump all B.A. Baracus figures in together though for this #1 ranking.

Though the President of the United States isn’t a fictional character, and thus isn’t part of this list, there is no shortage of figures available. Also check out more non-fictional figures at HIA Toys, and see more black action figures at www.collectorsquest.com.