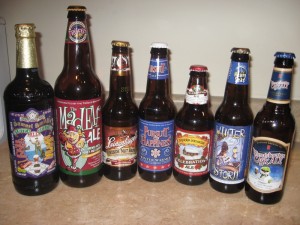 You know the Christmas season is upon you when you see the salvation army ringing bells at Walmart, your neighbors houses are covered in lights and blaring Christmas tunes, but the best sign that Christmas is near is the wide assortment of Christmas beers that show up at the local liquor store (hey, we’re in Maryland, we can’t buy beer in the grocery store). There are Christmas spice beers, chock full of Vanilla and Nutmeg, but the best are Winter Warmers, with their high 6%-12% alcohol contents. I’ve been reviewing beer for our Drink Better Beer series for a few months, and lately I’ve reviewed quite a few Winter/Christmas/Holiday beers so I thought I’d come with a list of the top 5 Christmas beers from the Drink Better Beer series. Don’t get upset if your favorite Christmas beer isn’t in this review, I’m only one guy and can only drink so much beer, I’ll try to get a bigger variety next year.

Click on the beer to see the full review. 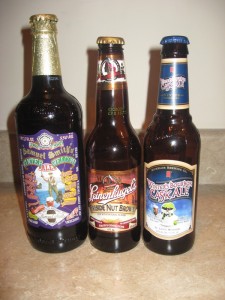 Since I only reviewed 7 winter beers this year I thought I’d start out with a 3 way tie for fifth. Even though these are tied for last place they’re not terrible beers. Samuel Smith’s Winter Welcome Ale has a relatively low alcohol content compared to some of the beers on this list, but at 6% it provides a bit of a kick compared to a typical American Lager. It’s not hoppy, it doesn’t have any winter spices but it’s a smooth easy to drink light colored ale. Leinenkugel’s Fireside Nut Brown has an even lower alcohol content (4.9%) but this one is a winter spice beer not a winter warmer. It has a nice smokey scent and a sweet malty flavor with just a hint of vanilla. Michelob Winter’s Bourbon Cask Ale is also a spice beer, but it has the same amount of alcohol as the Samuel Smith’s (6%). The bottle says it was aged on bourbon oak casks with whole Madagascar vanilla beans. I thought it has a nice malty flavor but the the vanilla was a little too much. 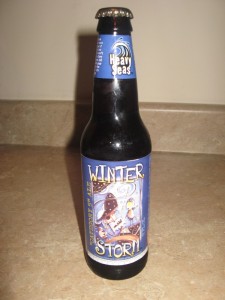 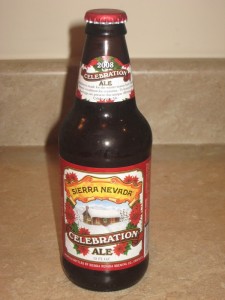 Now, I’m going to jump to the other side of the US with Sierra Nevada 2008 Celebration Ale. Celebration Ale has a nice 6.8% alcohol content providing that pleasant warming sensation that we’re all looking for in a winter warmer. It’s a pleasantly hoppy IPA, with a bit of malty sweetness and just a touch of those winter spices, that were a little to strong in a few of the previous beers. 2008 Celebration Ale is made by Sierra Nevada Brewing Company in Chico, CA. 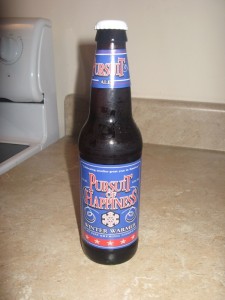 As you might be able to figure out on your own this winter beer is a winter warmer. Pursuit of Happiness is big beer, it’s very hoppy, it’s 8.25% alcohol, but somehow that’s all balanced by a malty sweetness that just makes this beer a pleasure to drink. This beer is perfect for sitting back in front of a fire on a cold winter night. Pursuit of Happiness Winter Warmer is made by Clay Pipe Brewing in Frederick, Md. They’re a small brewing with only a few beers, but they’re very good, this one being my favorite. 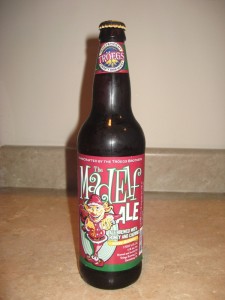 I thought that “The Pursuit” was going to be number 1 and then I tried The Mad Elf, and all I could say was Mmm. The Mad Elf Ale is certainly both a winter warmer and a winter spice beer, to start with this beer is 11% alcohol. You might think that it would be overpowering but it’s balanced by it’s fantastic flavor. Mad Elf Ale is brewed with honey and cherries, ending up with a flavor reminiscent of Dogfish Head’s Midas Touch. Amazingly, even with honey and cherries it’s not too sweet, because it’s offset by that high alcohol content and just enough hoppy bitterness. Troegs Brewing Company brews The Mad Elf Ale in Harrisburg, Pa, and distributes it to PA, NJ, DE, MD, and VA. Because of this small distribution footprint you might have trouble finding this beer, but if you have the chance, try it.

Check out all of our other beer reviews on the Drink Better Beer Index Page.