Top 5 NFL Performances of the Week 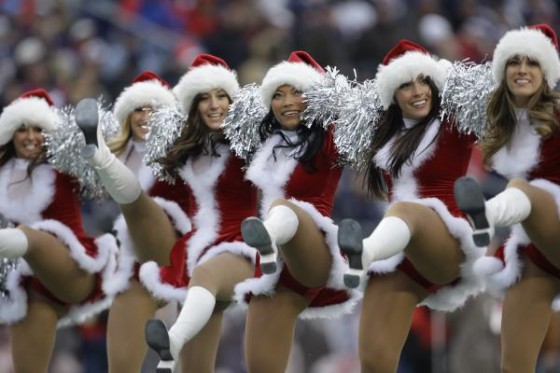 Manning threw four touchdown passes and led the Indianapolis Colts to their thirteenth consecutive victory of the season.

The much maligned head coach of the San Diego Chargers, Norv Turner, somehow found a way to motivate his team to win its eighth straight game of the year.  A victory against the Bengals on Sunday afternoon ensures that the Bolts will be back in the playoffs once again.

Brees threw three more touchdown passes and the undefeated New Orleans Saints kept on rolling with a victory on the road in Atlanta.  Brees now has 32 TD’s and is the odds on favorite to capture the MVP trophy.

Marshall hauled in an NFL record twenty-one passes against the Colts in a losing cause.  Although the Broncos have struggled lately, Marshall has been solid.

While the four aforementioned performances were certainly outstanding, they failed to top Big Daddy Andy Reid’s “chest/back bump” with DeSean Jackson on Sunday night.  It just doesn’t get any better than this!