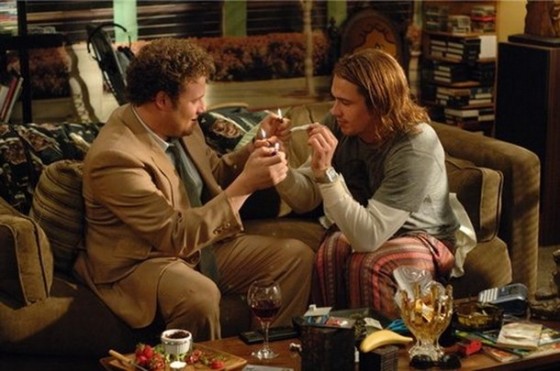 What is it about getting high that makes you want to watch movies about getting high? For this 4/20, after your street demonstration or afternoon sesh, settle down with one of cinema’s great movies about smoking weed. There are plenty to choose from, but after meditation we have agreed upon what may be the five greatest weed movies ever: 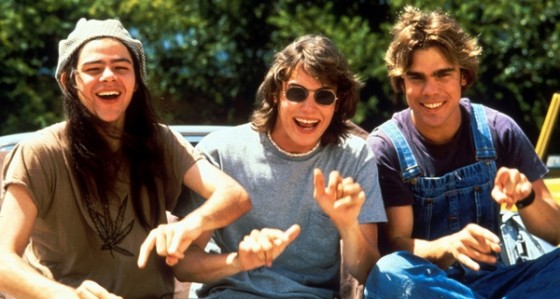 Dazed and Confused has something for everyone – for the younger stoner, a look at high school in the 70s – old cars, great music, hazing, bell-bottom fashion, and girls way hotter than from your school. For the older stoner, it's a walk down memory lane.

We watch students on their last day of school, and all the types are present: the hottie, the nerds, the bully (Ben Affleck) - even the older guy still hanging around (Matthew McConaughey). But our favorite is Slater, the quintessential stoner. Haven’t you gotten high with this guy before?

Fear and Loathing in Las Vegas

Not strictly a pothead, but an enthusiastic fan of all drugs, journalist Hunter S. Thompson is the hero of drug-using rebels everywhere. His masterpiece Fear and Loathing in Las Vegas was adapted fairly well to film, thanks to director Terry Gilliam and star Johnny Depp, who knew Thompson personally.

In a story that is somewhere between social commentary, horror and comedy, Thompson and his lawyer travel to Vegas with a trunk load full of drugs, and madness ensues. While the film isn’t nearly as deep or life changing as the book (what movie is?), you can just light up and enjoy the ride. 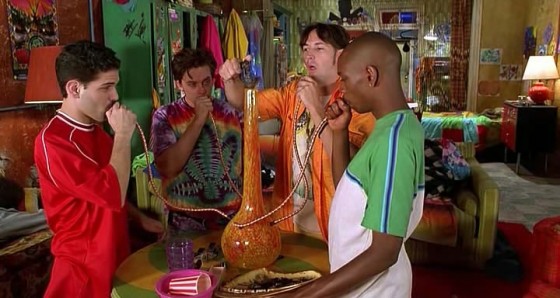 Written by comic genius Dave Chappelle, Half Baked takes every stoner stereotype to the extreme and somehow still ends up being a pretty good movie. In it you experience unabashed pothead fantasies – finding a mad potent strain of drugs, meeting a crazed rapper, and the most satisfying way to quit a job, ever.

Half Baked has some great lines, like when Bob Saget stands up in a recovery meeting and says, “I used to suck dick for coke.” But the best is the final line, spoken by Chappelle: “I love weed, LOVE IT! Probably always will! But not as much as I love pussy! The end.” 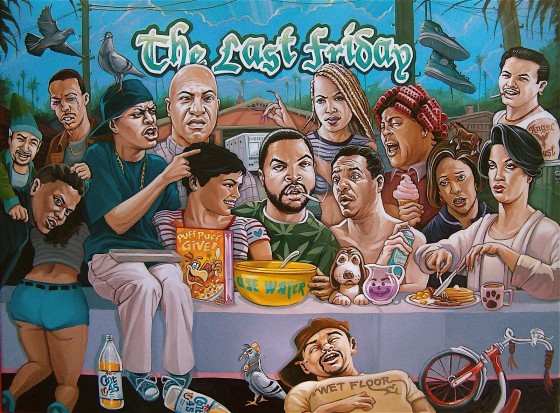 Weed cinema as a genre is full of great characters. Besides those from movies on this list, we can include the Dude from The Big Lebowski, the guys in Easy Rider, and Brad Pitt’s character from True Romance. But few movies pack them in like Friday.

As we follow two unemployed friends in the ‘hood as they smoke away an afternoon, we encounter a revolving door of hilarious folks that you just have to be high to appreciate. We meet Debo, the hulking bully of the ghetto; Big Worm, the ice-cream truck driving drug dealer; a philandering minister, played by Bernie Mac; a lowrider full of PCP smoking Mexicans; and of course Craig’s (Ice Cube) father, an embarrassing dog catcher who actually has a lot of heart.

Cheech and Chong: Up in Smoke

No surprise here – Up in Smoke was, is, and always will be the great stoner movie. The beauty of Cheech and Chong’s comedy is that they capture the essence of being a pothead – having no responsibility except to your whims and desires. The two meet randomly and stick together from then on, bumbling though a smoke filled adventure that takes them to court, to Mexico, and to playing in a battle of the bands.

Up in Smoke, like the rest of Cheech and Chong’s movies, all of which are worth watching, is a buddy movie that you aren’t quite sure is satire or celebration. Now, so many years later, with Cheech doing police roles on TV and Chong still doing weed-comedy, you realize that it must have been a lot of both.