“Necessity is the mother of invention and invention is the whore of apathy.” These were the last words an old friend of mine ever spoke to me. Then he disappeared into his Second Life and Word of Warcraft accounts and no one ever saw him again.

Join us as we venture back to a simpler time when the hairstyles were ridiculous and our  quest for fun wasn’t confined to our Dells. On this week’s episode we discuss the “Top 8 1/2 Things We Did Before Technology.” Here are a few examples:

Talked on the Phone:

No! You hang up first.

“Hang up, Mom! I got it!….. HANG UUUuuup” Before phones were attached at everyone’s hip with those sweet holsters that makes Dad look so cool in™ , everyone had to deal with those corded phones hanging on the wall (now referred to as: Landlines… adorable).  Some other things that had to be done with landlines: Asking “who is this?” Dealing with the proper length of the phone wire and remembering people’s numbers.” Weird!

I see at least 65 Hustler magazines hidden in this picture

New PM Dawn Album? I'll be there in 20 minutes

Sam Goody… dead. Tower Records…dead. Niedermeyer!!!…DEAD! Before you were able to fill your iPod with 50,000 songs (and which only 25 you actually listen to), if the new album was coming out from your favorite band, you had to go and physically buy the album at a store. Seriously? You mean I have to get up and wait in line… with people? Screw this. My hot pocket is almost done. 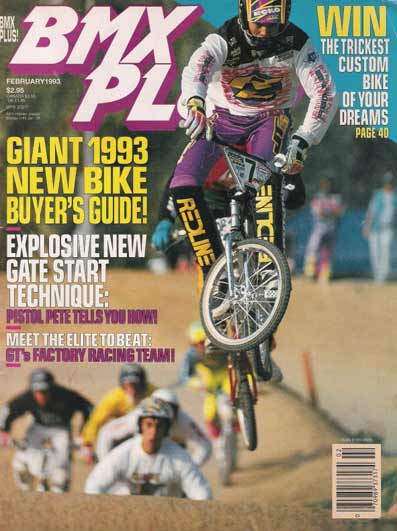 If you knew this was a picture of Mike King, you're one of us.

Remember when everything you ever needed in life was nothing but a quick bike ride away? Now there are scooters and segways and wheelie shoes and whatever else the kids are into these days. Before the X-games went mainstream, BMX Plus magazine was one of the only places you could get EXXTREME!!! (two X’s and three Xclamation points mean Xtra Xtreme!). Sure Matt Hoffman’s got the video game, but Mike King in his prime could take him down any day of the week with a 360 tail whip followed by a one footer superman aerial off the backside 720 inver… yeah, honestly I don’t know what I’m talking about at this point.

But that’s not all. There’s at least 5 1/2 more examples. Check out this week’s Masters of None show to find out what other things we used to do before the future came… Science!