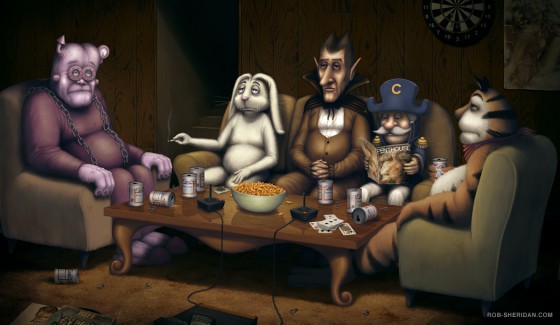 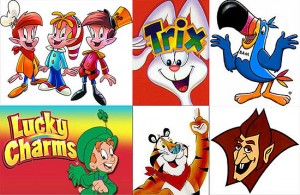 As oddly amusing as that image is, we prefer to think of these mascots in their cereal peddling heyday. And that leads us to wonder – who is the ‘best’ of these characters? So, in no particular order, here are the most popular cereal mascots we could find, and we’ll let you decide the best one in the comments at the bottom of this article. 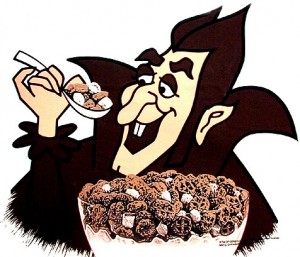 I’d argue this guy is the most popular of the General Mills Monster Cereals… I mean, he said “I vant to eat your cereal!” and those arguments he had with Frankenberry were nothing short of Abbott and Costello classic.

Long before we had Tinkey Winkey, the purple Teletubbie said to be homosexual by the Rev. Jerry Falwell, we had Frankenberry, the pink, passive, wimpy monster who was scared of Boo Berry and acted like a sissy. I don’t know a single dude who ate this cereal, but I spent years watching him throw hissy-fits as Count Chocula out-dueled him in which-cereal-is-better arguments.

The Boo Berry ghost was born in 1973 and went through several changes over the years (see them here). As for the cereal itself… I believe I tried it once and I was spitting blue for the rest of the day.

This was the only cereal on this list that my mother routinely bought for us, probably because it had less sugar than the others. Here is a nice vintage commercial which is almost nothing like the more modern versions

Silly rabbit, Trix are for kids!
That poor rabbit just couldn’t get a break. The kids kept taking his cereal!

They’re Grrrreat! I think that’s about all this cat is known for. Too bad, because he seems to have so much more potential.

The fun part about this cereal was memorizing all of the names of the marshmallows. It started with pink hearts, yellow moons, orange stars, and green clovers. The lineup has changed over the years, with blue diamonds in 1975. Purple horseshoes in 1984, red balloons in 1989, rainbows in 1992, pots of gold in 1994, leprechaun hats in 1996, shooting stars in 1998, and hourglass in 2008.

This frog’s big thing was slapping five to kids and vice versa. Never had the luxury of trying this cereal, because with ‘sugar’ in the title my mother instantly objected.

I don’t know what it was about Toucan Sam, but whatever it was, I wanted that cereal! Just had it the other day, and I could feel my teeth rotting in my skull.

The good Captain was probably the least silly and most well-spoken of all the cereal mascots on the list, but the cereal itself looked like little doggie biscuits. Didn’t taste too bad, though.

I’m cuckoo for Cocoa Puffs!
Now this guy rules and I hope he wins your affection in the comments below.

Like Rice Krispies, this cereal, relatively speaking, was healthier, therefore my mother fed it to me more often than the more sugary kinds. And this character clearly paved the way for Jerry Seinfeld’s Bee Movie. 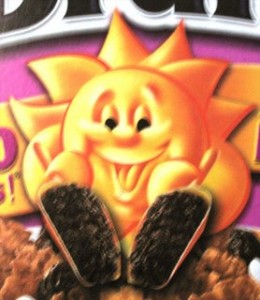 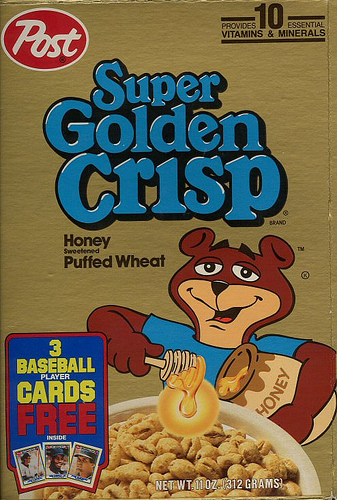 I really like this guy’s theme song, which goes… “Can’t get enough of Super Golden Crisp… It’s got the crunch with punch.”

Last but not least, the most popular human mascot I’ve ever run across in a cereal commercial, almost entirely because of a famous phrase:

So it’s up to you, which is your favorite Cereal Mascot? Let us know in the comments below.