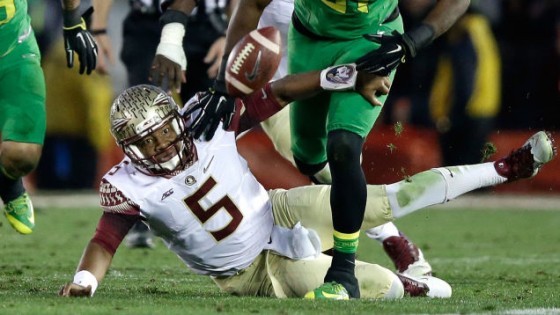 Jameis Winston won a National Title in College Football in 2013 when he led the Florida State Seminoles over the Auburn Tigers in the Rose Bowl. He also took home the Heisman Trophy and a million other awards that season. Then he led the Seminoles to an appearance in the first ever College Football Playoffs. Going into the game against Oregon, led by Marcus Mariota, Jameis Winston was a perfect 26-0 as the starting QB for the Seminoles. But on January 1st, 2015, he fumbled the football in epic fashion leading social media to go nuts and turn him into a joke. 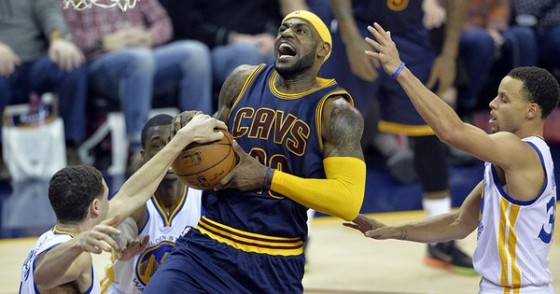 That’s how 2015 began for Sports. We experienced many thrills including a Cavaliers team led by Lebron James and a bunch of players that wouldn’t make the cut for the next Sandlot movie, win two games in the NBA Finals against the eventual champions, the Golden State Warriors. Neither of those highlights were good enough to be listed with our favorites though. It was yet another epic year in sports, so let’s take a look back at the fifteen best moments from 2015. 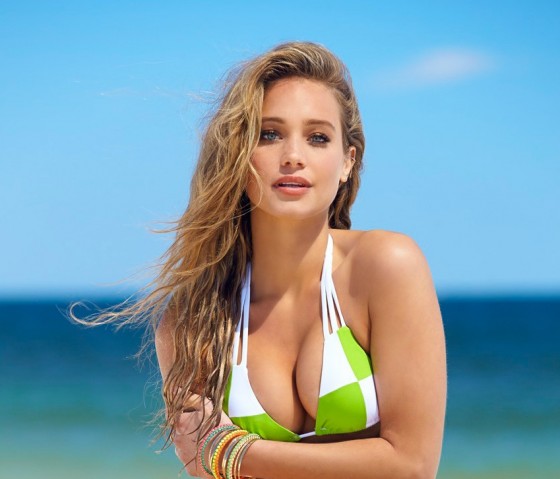 Hannah Davis is on the cover and we have no freaking clue why you don’t think this deserves to be on the list for an amazing sports moment. If anything, this is the best sports moment of the year.

The Moment: On Halloween night, with only six seconds left in the game, Duke scored a touchdown and took the lead 27-24. The only chance Miami had to win was to return the kickoff for a score, and that is exactly what they did. It took plenty of luck and 8 laterals, including a bouncer off the ground, before Corn Elder took it to the house for one of the greatest sports moments in 2015.

The Moment: The city of Baltimore exploded in violent protests following the death of Freddie Gray. The protests caused concern for the MLB and whether or not it would be a good idea to play a baseball in the center of downtown. The amount of people in attendance could have sparked an even larger riot so they decided to play the game without anyone in the stands. It was the creepiest game in baseball history.

What Happened? During the AFC Championship game last season, D’Qwell Jackson picked off Tom Brady then brought the ball to a Colts equipment manager for safekeeping and without ever knowing it, changed the course of history. From that point on, there is still much debate over the truth but the final result was that the Tom Brady was going to be suspended for four games to start the 2015 season until it was appealed and he started Week 1. But the fans will be their own legal system in this case and began to draw their own conclusions as to what truly happened that game.

The Moment: The Miami Hurricanes weren’t the only team using the lateral pass to find a victory. On 4th and 25, Arkansas Tight End, Hunter Henry, closed his eyes and hoped for the best when he threw the ball over his head only to have the ball recovered by a teammate and taken for a game saving 1st Down. It eventually lead to a game winning 2-point conversion which took Ole Miss out of the running for SEC West champion. 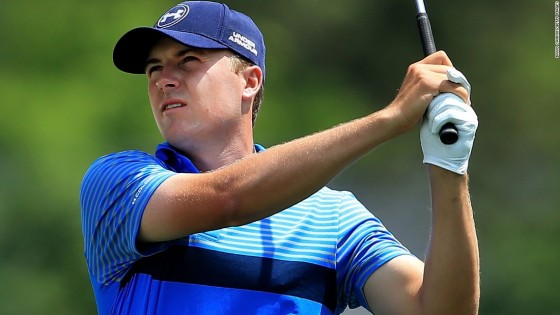 What Did He Dominate? PGA Golf. Jordan Spieth destroyed the rest of the World at golf in 2015 winning two events, The Masters, The U.S. Open, and the FedEx Cup Tour Championship. His overall earnings were more than $12 million which is a PGA Tour record for a single season earnings. He won every award he was eligible for and even climbed back into the World’s No.1.

What Happened? Andreas Seppi was 1-54 in his career against Top-10 ranked opponents before shocking the entire World and beating Roger Federer in the 3rd Round of the Australian Open. He did not go on to win the event but his upset marked one of the most unlikely in Tennis history.

The Moment: There is little doubt in anyone’s mind that Coach K (Mike Krzyzewski) isn’t already one of the greatest head coaches in NCAA history. But when he won his 5th this year, it became evident he was the best in the country.

The Moment: The Seattle Seahawks won the 2014 Super Bowl and were about two yards away from winning the 2015 Super Bowl and becoming the 8th team to win back-to-back Super Bowls until Malcolm Butler made New England history. On 2nd and Goal, Russell Wilson dropped back and made the biggest mistake of his career, throwing the ball into great coverage.

The Moment: Michigan led 23 to 21 with the ball and about 10 seconds to play. On 4th and 2, near mid-field, the Wolverines decided to punt the ball and hopefully eat up the remaining seconds. But then the punter made a huge mistake and fumbled the ball allowing the Spartans to go on and win. The look of the fans says it all.

The Moment: Floyd Mayweather and Manny Pacquiao finally happened in May of this past year but the hype was gone and it felt like we were being forced to enjoy this thing after waiting since 2009. However, it was still a good fight and Mayweather won but it was not the top spot on our list because it just simply wasn’t what we expected.

The Moment: Until the Milwaukee Bucks upset them on December 12th, the Golden State Warriors were running away with the NBA record books and no one was trying to stop them. They got to 24-0 before dropping their first game of the season and also ending a 28 game winning streak that dated back to the previous season.

The Moment: During the J-Bay Open Finals, Mick Fanning and Julian Wilson were awaiting there chance at a final surf when a Great White Shark approached Mick and attempted to take home a souvenir. He fought off the shark and was not harmed at all. He FOUGHT OFF a shark? What?

The Moment: Team USA was the favorite to win the World Cup in 2015 so it was not an upset when they did so after beating China. However, the shocker was how one-sided it was thanks to Carli Lloyd scoring 3 goals including a monster from mid-field that was one of the best goals in World Cup history.

The Moment: Ronda Rousey dominated for so long that there were times the UFC contemplated matching her up against a guy. But then she ran into Holly Holm at UFC 193 and was knocked out for the first time in her career.

The Moment: After the Belmont Stakes ended, the Horse Racing fans from all across the country cheered as American Pharoah became the first horse to win the Triple Crown since Affirmed did it in 1978. Even if you don’t watch Horse Racing, just watch this video and listen to the crowd lose their freaking minds.