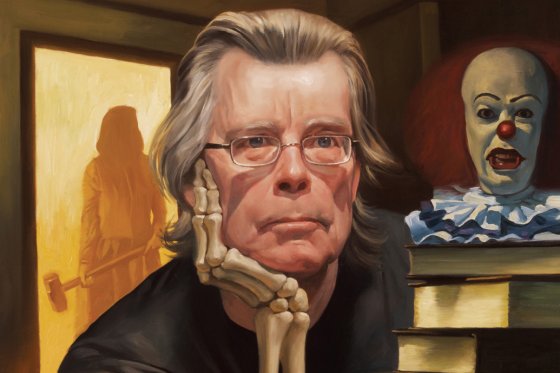 Horror is subject that most people try to avoid. Except, for the brave or disturbed souls that enjoy indulging in the macabre, insane and other worldly. When it comes to creating horror and scarring people senseless, author Stephen King is truly one of the best in the business. He has been writing since he was seven-years-old and published his first book (Carrie) in 1974.

King is now an old man at the ripe age of 69. He has proven himself to be one of the best (horror) authors of the modern era and his work is still relevant in current pop-culture. Today marks the premier of The Mist television series on Spike, and a new film adaptation of IT is set to hit theaters in September. King has also been in the news recently for his poignant criticism of Donald Trump, who just blocked King on twitter.

To celebrate these recent accomplishments, and Stephen King’s entire career, today we look back on his most famous books. What are some of King’s best-selling novels (and films) throughout the years? Well, that is a very subjective question. Simply put, everyone has their own favorite horror stories by King. Today we share our list of the Top 5 Stephen King Best-Sellers. Let’s take a look at what they are. 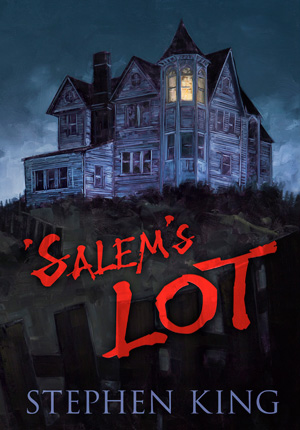 Salem’s Lot is one of King’s best works to date. This book presents a disturbing tale of vampires and how a local outcast is a town’s only hope for stopping them. This was King’s second novel. It proved to be a best-selling book for its time back in 1975.

The vampires were spreading by feasting on the locals and the hero Ben Smears takes them on with no hesitation and at all cost. There are plenty of frights, scary moments and chilling twists and turns. This is the type of book that will keep a person looking over their shoulder all night long.

Many people have read this book and wondered if a vampire was going to enter their home and turn them into an unholy creature of the night. King’s Salem Lot is not a vampire book that should be ignored. Especially, for people who truly enjoy being scared out their minds. 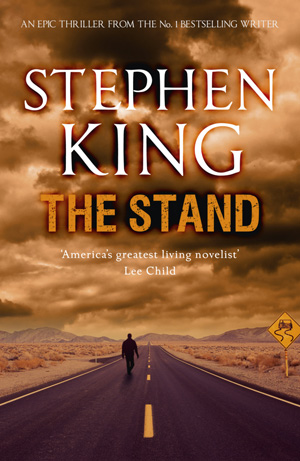 The Stand is Stephen King’s end-of-the world thriller that shows the destruction of mankind by a deadly pandemic. The pandemic kills off nearly everyone on the Earth except for a few survivors. These survivors then branch off into two factions and prepare for a final showdown between two people who are viewed as more than just human. One side represents light and hope and the other side only wants death and destruction.

What makes this book terrifying is the reality element that it has. King clearly shows how people would probably act if an event like this really happened. He delves into the collapse of society by showing us how governments imposes martial law on its citizens.

King also describes what happens when there is no law and order within the world. He masterfully illustrates how people descend into chaos. It is truly a frightening thing to read about and imagine. The future looks bleak in The Stand and after reading this novel; you might believe that there is no hope for humanity at all. 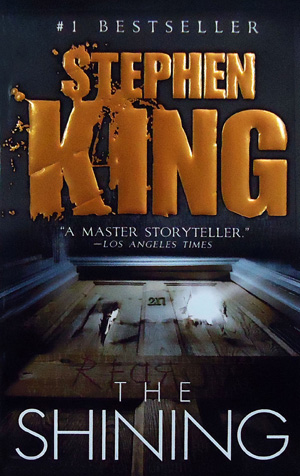 Most people probably never read the book the Shining. However, they probably know about it from the movie where Jack Nicholson’s character (Jack Torrance) terrorized his wife and son played by Shelley Duvall and Danny Lloyd.

People especially remember when Nicholson stick his head through a busted door while chasing his wife and son and says: “Here’s Johnny!”. His disturbed look and crazed smile made this one of the most memorable lines and scenes in film history, and that clip is often shown on its own.

The film had mixed reviews though many critics did give it a decent review. The book was considered better. It just took people into a more detailed description of Torrance’s mind and why he is descending into madness. This story is also about death, ghosts and other disturbing activities. If you ever get the shining (telekinetic powers) you should try to get rid of them before you confront the true horror that lurks in people’s heart. 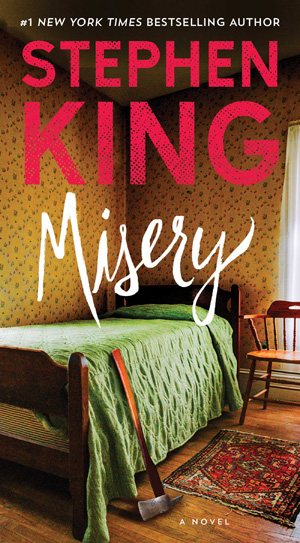 There is an old saying that says misery loves company and in Stephen King’s novel (Misery) this proves to be true. This book is about a deranged lunatic who captures a man. Her name is Annie Wilkes and she captures a writer by the name of Paul Sheldon who was injured in a blizzard accident.

She takes him to her place and helps to mend his broken legs. Then she flips out on him because he no longer is writing the books that she likes to read. Annie makes Paul suffer in many different ways. There was a film adapted from this book.

People usually remember from the film how Annie smashed up Paul’s ankles and feet with a sledgehammer, which made many men squirm in terror. In the book, she cuts off his feet and snips away some of his fingers.

This lady was truly a mental health patient long before it became a normal thing in modern society. Misery was frightening because a sick woman was willing to take a man’s life because he simply was not writing stories that pleased her. 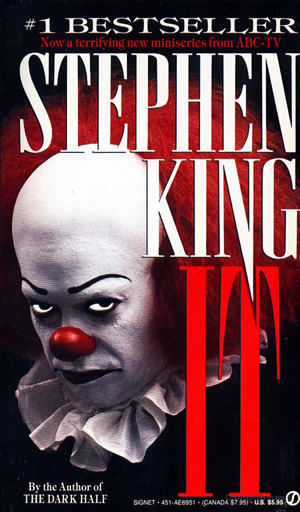 In September of 2016, the world was alarmed by a strange phenomena of Clowns. They were being spotted all over the Earth and they were terrorizing people. In some cases, people were disappearing once these clowns showed up. The police were baffled because they could not figure out what was going on. Then by Christmas time of that year, they were gone.

People hate clowns. They just do. Stephen King’s novel It, proves why people hate clowns so much. In this novel a crazed killer clown is terrorizing young kids and various people throughout a small town. However, this clown is more than just a fun-loving dude, dressed up in goofy clothing.

It, is a creature from another world posing as a clown. It wants to kill people and it does. Well, at least until a group of kids stop it. This novel is considered King’s scariest, largely because many people hate clowns. After reading this book or watching the movie you will understand why this hatred is warranted.