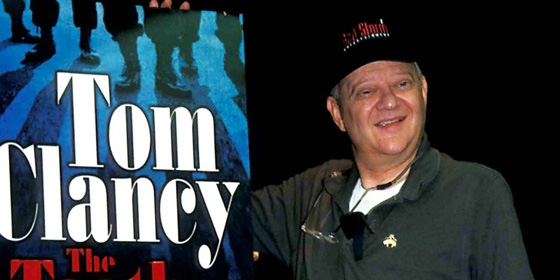 Tom Clancy provided the world with thrilling military action novels up until his death at age 66 in 2013. The Baltimore, Maryland native was an insurance broker by trade but his books provided much insight into his personal hobby. Clancy was extremely interested in all things military and espionage. His take on spies, war, technical military gadgets and global terrorism translated well into an impressive career as a novelist. His best selling books were often turned into movies and games. 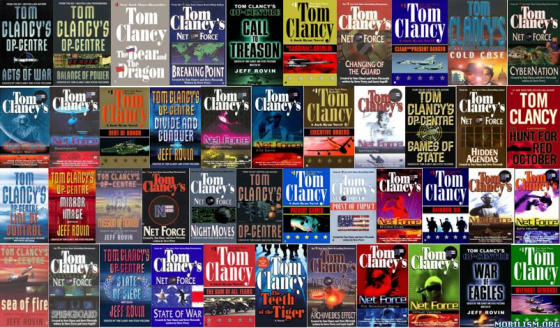 In all, Clancy penned 17 New York Times Best Sellers. At the time of his death, five of his books had been turned into feature films. Clancy also inspired a series of board and video games under his own name. The Clancy name became forever associated with a good espionage spy thriller. His adrenaline fueled military novels were based on his amazingly adept knowledge of the field. His attention to technical detail illustrates just how passionate he was about his efforts to make every story painfully accurate.

With that in mind, here are five of the top Tom Clancy novels. 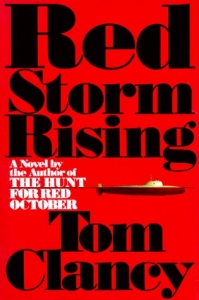 Unlike others on this list, “Red Storm Rising” is not a Jack Ryan inspired character thriller. The concentration on the book is the eventual probability of World War III. Russia and NATO’s battle over oil reserves triggers a conventional war without nuclear weapons. The book goes into great detail about weapons used in the global war by each participant. This rather lengthy book provides intricate details of what a global war might look like. “Red Storm Rising” takes a fascinating look at different perspectives of each country in what could possibly be the ultimate battle for humanity. 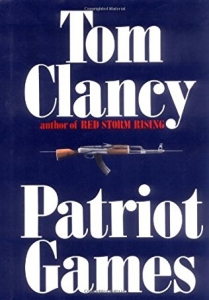 This 1987 book featured character Jack Ryan once again in his second Clancy adventure. Ryan this time stops a terrorist attack in London from the Ulster Liberation Army(ULA). After his heroics, Ryan becomes the eventual revenge target of the group. The book moves locations to the United States to illustrate what potential terrorism could look like on American soil. The thriller was eventually made into a feature film starring Harrison Ford. 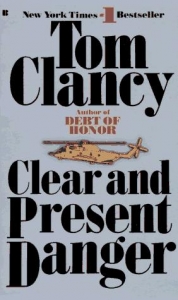 Tom Clancy writes about the Colombian drug cartel in this best selling novel. Jack Ryan, a central character in many of the Clancy books, is on the move to find a group of American teams who were captured by the cartel. Clancy once again captures conspiracy at its best. This action packed 1989 effort from Clancy was turned into a blockbuster film starring Harrison Ford.

Character Jack Ryan takes on global problems in the Middle East in another best selling novel from Clancy. In the 1991 book, the world is close to nuclear annihilation but Ryan presses to solve the dilemma in an epic military science tale. A nuclear weapon is being reconstructed and Ryan has the element of time stacked against him. Ryan’s battle against terrorists is a thrilling roller coaster ride to the finish. Much like the others, “The Sum Of All Fears” also became a movie. 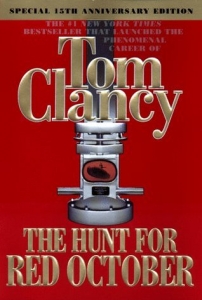 Written in 1984, “The Hunt For Red October” was the first novel written by Tom Clancy. “The Hunt for Red October” was sold for just $5,000. President Ronald Reagan gave the book his endorsement. The book became the novel to propel Clancy into a career that ultimately last until his death at age 66. In the novel, United States CIA agents work to take over a Soviet submarine with the help of a CIA analyst. The well armed Soviet sub is headed for the coast of the United States. Only Jack Ryan can save the day in a tense chase to save the world from a potential doomsday. The “Hunt For Red October” was a vastly popular novel that was eventually depicted in Hollywood as a blockbuster film. “The Hunt for Red October” has been called the best novel of the entire genre.