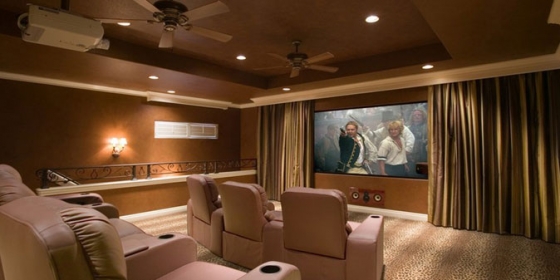 The humble home projector occupies an interesting spot in home entertainment. Given enough space and the proper setup, it can easily create an image several times larger than the average flat screen TV, and with HD clarity as well. Additionally, the best home theater projectors tends to cost far less than large HDTVs, and thanks to our reliance on digital entertainment, they are easier to use than ever. In other words, if you’ve been wanting to upgrade your home theater experience, take a look at some of the best home projectors of 2016 and see if any of them could work in your situation!

While it may seem expensive, this Epson model is still notably cheaper than a large HD TV screen – and of course, more versatile, with options from a 50-inch screen at about 5 feet distance to a 300-inch screen at 30 feet, allowing you to create your own home theater at whatever size you prefer. Keep in mind that resolution maxes out at 1080p, not 4K. Your 4K content won’t necessarily play better here. Brightness is a 4,400 lumens with a focus on replicating colors authentically. However, perhaps most impressive is the large number of connection options this projector comes with. No matter what you have, from HDMI and USB to a Kensington Security Lock port, this model comes with options.

Remember, as always, that you’ll have to buy a screen and set it up to properly install this projector. However even with the added cost this is a strong home model – and the ports allow for more versatility for most systems, if you decide to move it to a work environment or a classroom.

Sony’s model is by far the most expensive on our list – but there’s a good reason to consider paying as much as an HDTV for a projector, and it’s all about the picture. This powerful model has a contrast ratio at 120,000:1. As we’ve counseled before you can’t put much stock in contrast ratios, but these numbers do indicate that Sony is very proud of its clarity, and for good reason. Brightness is at 1,800 lumens, and (another reason for the cost) this model comes with built-in 3D capabilities. All you need are Sony 3D glasses and you’re good to go. It’s also worth noting that the lamp is rated for an impressive 6,000 hours of life.

If you want a true 3D experience in your own home, this projector is the way to go. If not, don’t worry – we’ve got another amazing model for you to look at. 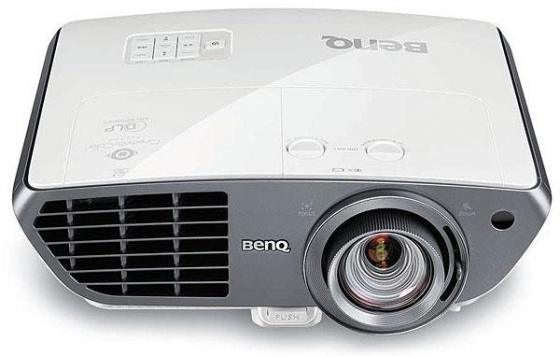 Honestly, we’re not sure why this model is priced so low. Sure, the lumens are a little low at 2,000, but that’s more than enough for the average entertainment room distance. You can get a screen size around 200 inches from only 20 feet away! There’s also both keystone correction and lens shift to keep the image steady and sharp. Ports focus on HDMI connections, with an option for wireless HDMI via an accessory – this allows you to install the projector on the ceiling or another hard-to-reach place but still transmit video through it.