Humor > Sites > Top Nine Ways to Get on Digg.com

Top Nine Ways to Get on Digg.com 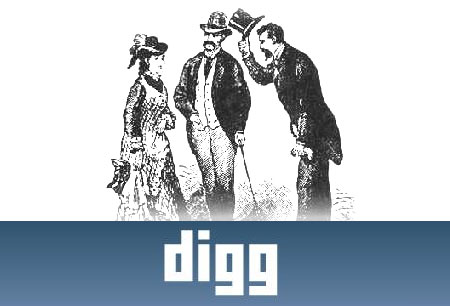 Shortly after cavemen stopped bragging about having sex with monkeys, they realized that popularity was something to be coveted. Religion came along and for a while God was like Justin Timberlake- then the Renaissance happened. All of a sudden whomever had the widest pantaloons and deepest pockets became Machiavelli… or something. Eventually the Internet catalyzed another change in the popularity dynamic- now websites like Digg.com allow all of us to create popular online content. Even you (yes, you) can become popular- regardless of how much primate sexing or commandment making you do. Here are some of the top ways to get on Digg.com, brought to you by the most popular people on the Internet (yes, us).

Write Something About Apple, Microsoft, or Google 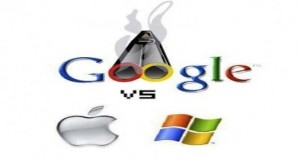 You don’t have to be genius to use a computer- unless your computer can create sexy women- like the one in “Weird Science”. Unfortunately for most of us, our PCs can’t perform such sensual feats. Luckily, every year Asimo gets hotter and hotter. What we all can do is write things about Microsoft, Google and Apple. Through some weird “meta-computer-dynamic” people online love hearing about all things “computer”. Our advice? Post a story on Digg.com about Steve Jobs and Bill Gates sword fighting on a giant, flaming, Android Phone.

Become a Contributor to a DIGG-Friendly Site 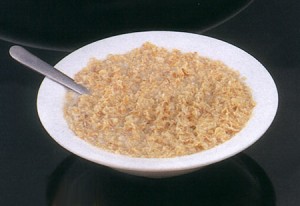 Digg.com is a great non-porn barometer for what people on the Internet are interested in at any given moment. Though the top hits in the porn category are quite diverse, most popular things on Digg.com consist of around 5-10 websites. The good news? You can join some of these sites, and maybe (if you’re somewhat talented) even become a contributor. The bottom line, if you can get into the inner circles of XKCD, The Oatmeal, Cracked.com, Askmen.com, TheChive.com, or a host of others (Editor’s Note: one might also consider Gunaxin as a viable option. Just sayin’), then you might as well bring a tent with you- because you’ll be camping out in the epicenter of Digg.com. 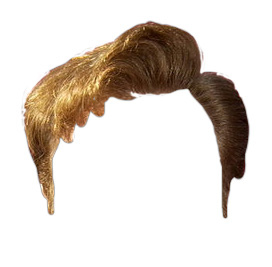 Not all celebrities are created equal. Look at Conan O’Brien. He garners attention from the Digg.com because he’s funny, he’s ironic, he’s a ginger, and he has a blood feud with Leno (Kirk’s Kahn). Lindsay Lohan doesn’t have the funny thing or the ironic thing, but she is, well….we don’t want to get sued, but you get the idea. Now look at Tom Hanks. Stable family man. Even in “Cast Away” he had a lover… yea, the ball. Posting something about Tom Hanks on the Digg.com is like writing an expose about the turkey sandwiches you brought to your church group. Not exciting (unless they had Miracle Whip on them). Instead, post something about a “buzz-lebrity” or a celebrity that creates Internet buzz. Other buzz-lebrities include: Twilight (all one terrible person), the Old Spice Guy, Mel Gibson, Sarah Palin and Brett Favre. 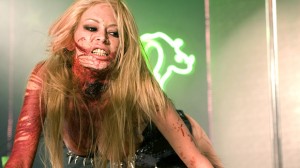 This list is designed to help you- our faithful readers, get on the front page of Digg.com- so we aren’t going to condemn you for wanting to get there the easiest possible way. In fact, we’ll help you cut as many corners as you can. Our path to Internet stardom is simple- do what everyone else has already done (because it works). Post something about breasts, zombies, the end of the world, or beer- and then marvel at how people flock to you. If you were somehow able to capture a hot, naked, zombie, drinking beer- the world would probably end in a massive fireball… and you would be the most Digg-notable person left on the cinder.

Find a Meme and Copy It 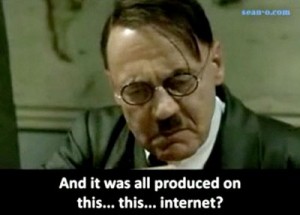 The Internet is like the Borg. It can take anything, no matter how stupid, or offensive, and convert it into its fold. If resistance is really futile, then why fight it? Repeat a meme about Hitler getting angry over a Zerg-rush, or not enough bacon on his BLT and you are sure to end up on Digg.com (or at least rule Youtube). Find a stray cat and get it to make a funny face- then put a caption under it that someone with head trauma would say, like “I haz big grapes- I iz sticky”. It doesn’t really make sense to us. In high school we were all popular jocks and this kind of stuff just reminds us of nerds (our Leno). Instinctively, we become tempted to do another line of blow and challenge someone to a downhill ski race- but hey, when in Rome. 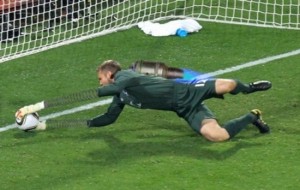 If you have a picture of a disheveled women sucking on a banana at a Georgia Wal-Mart, then you may already be internet popular. All you need to do is put a funny caption underneath like, “You’re doing it wrong” or “Welcome to Cloud City”. You might be saying, “Wait, Gunaxin, that last caption doesn’t make sense”. Exactly. If Digg.com loves anything, it’s pictures with funny captions- and the easiest way to be funny is to throw an incongruous caption under an even more incongruous picture. Can’t find a funny picture? A beginners guide to Photoshop can work wonders for your online popularity too. 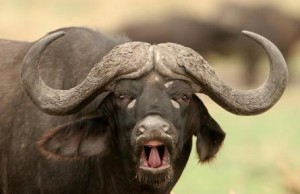 We know, it seems like a cop-out, but it is possible to become popular on the Digg.com by adding something original to it. This could be a story giving heart-felt advice, or a personal account of a cape buffalo-attack. It could be about your time as a fry cook or an informative and brightly colored diagram of the treasury system (very popular with the kids). We don’t know why you would want to do something like that though- it seems like a lot of work and there are many easier ways to make it big on Digg. 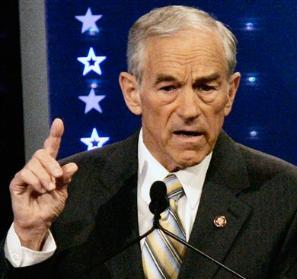 Really anything about Ron Paul will do. A video of Ron kicking Ben Bernanke in the nuts as he bangs Betsy Ross on an American flag will probably work the best though. We don’t have anything against Ron Paul- we just don’t want him to yell at us for walking on his lawn. Relax Gandalf, we’re just trying to get our baseball out of your yard.

Put DIGG in Your Title 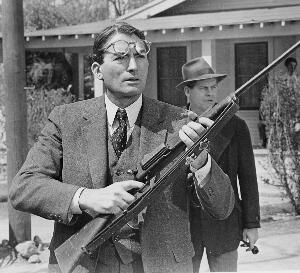 At this point you might think we tricked you- but hear us out. Digg.com, like most things, is a self-serving entity. This isn’t necessarily a bad thing- we think Digg does a fine job letting the world know about stupid things politicians say and bizarre world occurrences. When it isn’t providing the Internet community with a ranking system for popularity, Digg.com is trying to grow larger- like the number of medical dramas on television or cancer. Using Digg.com in the very title of your content is a great way to get on Digg itself. This lets you kill two birds with one stone- which everyone enjoys doing. Except for Atticus Finch- who protects birds. The only thing he kills is racism.