Media > Movies > What if Tarantino Created the Star Wars Spin-offs?

What if Tarantino Created the Star Wars Spin-offs?

Quentin Tarantino has stated that he does not want to do any type of Disneyfied Star Wars. Disney may potentially go ahead with “one-off” movies focusing on characters like Boba Fett, Yoda, and Han Solo. Imagine a perfect world in which all of the people could get along. Imagine Tarantino with a ten picture one-off deal to make Star Wars movies the way they were meant to be made. We did, and here are the results. Under the right circumstances, you might actually line up for a Jar Jar Binks movie. 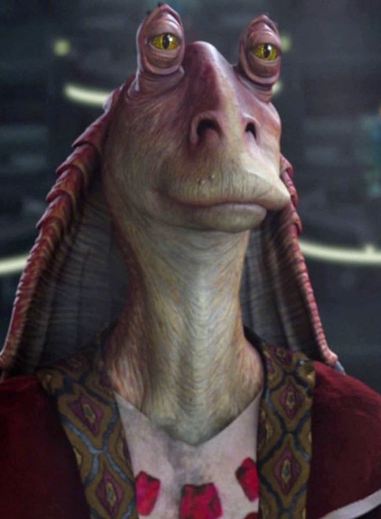 Being a politician, even a corrupt one, certainly doesn’t pay what it used to. However, the Hutts need death sticks moved across the galaxy to Ord Mantell by someone with very little chance of getting caught. Let’s just say that politicians have a few privileges. However, smuggling death sticks is not looked on too well by your clean-cut friends and things can go south very quickly. What happens when you start to mix with the worst people in the universe and you can’t ask for help? Jar Jar Binks is about to find out in the only adventure you will ever care to watch him in. 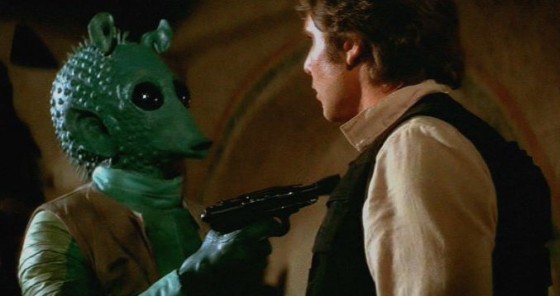 Believe it or not, the Rodian family which produced Greedo used to be fairly respected around Tatooine. However, Han Solo made sure the entire family name would be snickered at for generations. When some entity starts re-animating dead Tusken Raiders, the Greedo name stands a chance to be resurrected as well. Their mission, should they choose to accept it, is to not only stop the Sand Zombie army but also find the one responsible. The relatives of Greedo have learned their lesson. Shoot first, ask questions later. Live to collect a payment. 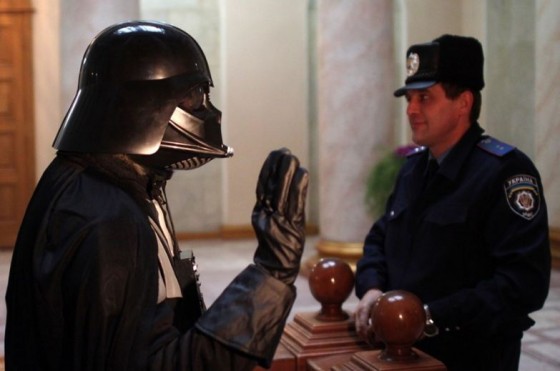 Your problem? You designed the Death Star. Your other problem?  The Sith Lord survived the explosion. Failure is generally met by being force choked to death. You don’t even want to know what happens with a failure that wipes out a super-weapon as well as a portion of the Imperial Navy. The trouble is that you would rather not be force choked, have your bones broken individually while you sat in a chair staring at guy on the other side of the room, or electrocuted. There is a bounty on your head and Darth Vader wants to “chat”’ All in all, you would prefer to live. 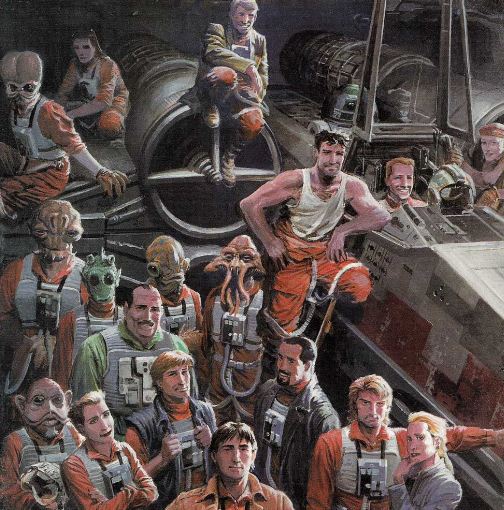 Look, there’s a Rebellion going on. That means sometimes you may have to get some supplemental income. After all, the Empire is going to shoot you on sight anyway. Why not make a little side cash smuggling? You have to go with code names based on your unit. The problem? The wanna be New Republic does not look kindly on your activity. They may be trying to plant a spy in your midst. That would ruin a really good thing. It’s a dangerous time, but that diamond shipment is just too good to pass up. Follow Mr. Red, Mr. Blue, Mr. Gold, Mr. White, and Mr. Pink as they hurtle towards cash, danger and possible ruin. 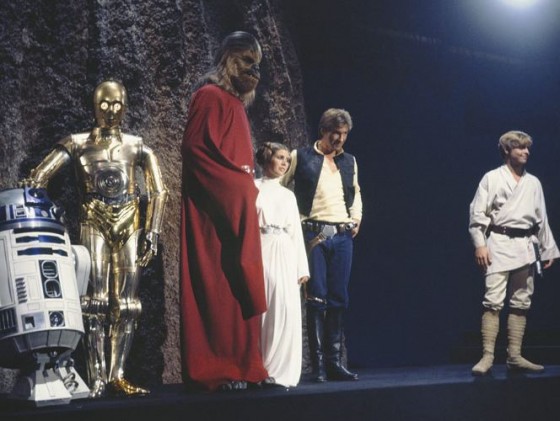 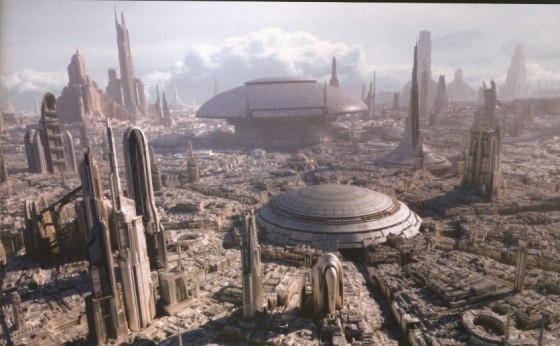 Look, there are all sorts of people and creatures in Coruscant. However, some people can’t exactly move objects with their mind, have multiple arms, or be stocked to the gills with blasters. Know what I mean? That doesn’t mean that you can’t wind up in trouble with one or all of those groups of people. It’s easy to become a wanted man. It’s not easy to convince bounty hunters and people with light sabers to get off your tail. The naked city is a horrible place in the lower levels when you are on the run… and have no friends but enemies very high up. 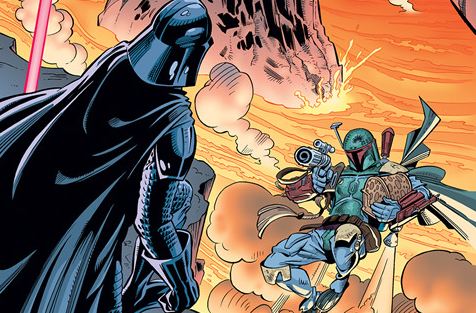 If you catch Han Solo then the rewards can be very great. If you let the target slip through your fingers, then let’s just say the Empire (even with a rather generous income) is a little less than forgiving. You and your crew know that there is one rule that is almost unbreakable. Never take out a target within the Empire. The trouble would seem to far outweigh any possible reward. If you are broke, a job is still a job. Kill an admiral. Don’t get caught. Get paid. Don’t let word get around that you or your crew was responsible. Don’t ask too many questions about who is paying you either. After all, what could possibly go wrong? Everything. You better have that blaster charged.

Lando Calrissian has a nice ride. The Millenium Falcon is the fastest ride in the galaxy. The Corellians knew what they were doing. Years ago, he decided to wander the universe, sorta like Caine in Kung Fu. There are a lot of characters in your world. There is a smuggler named Han Solo. There are crooked fights to fix. There is also the small matter of the wife of an interstellar gangster having over dosed on a few too many death sticks. For the record, if you don’t deliver the glowing object in the package to its proper location, you and your Bad Mother Blaster will be toast… no matter how many galaxies you jump through. At the very least, you know a great little place to get pancakes. 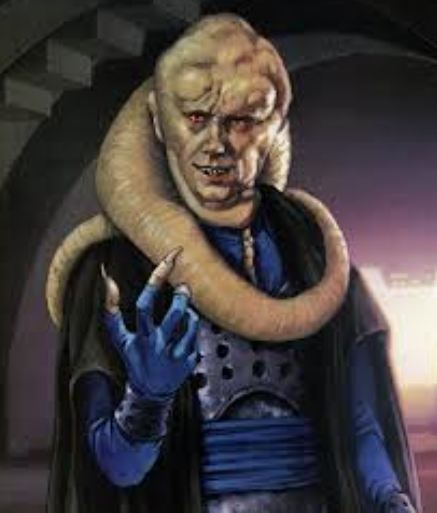 Every one thought that Oola was dead. The good news is that a Rancor can take a little time to digest you. Fortunately, someone killed the Rancor before it had the chance. You don’t even want to know how it feels to be in an acid filled Rancor stomach with pieces of a green pig guard. Freedom may have its rewards, but it also has the opportunity for vengeance. A member of your own race sold you into being Jabba’s dancing toy. This is not something which is easily forgotten and less easily forgiven. Bib Fortuna is not without friends. He is also smart enough to get off a barge before an explosion over the Sarlaac Pit. The trouble? We are not only dealing with Bib Fortuna. As a matter of fact, there is an entire assassination team to go through and dancing girl kicks are not going to cut it.

The good news is that you have been freed from a life of slavery. The slightly worse news is that you now owe a life debt to an unstable gambler, smuggler, and rogue. This brings you to working on the desert planet of Tatooine. Let’s just say this place isn’t exactly kind to beings with a lot of fur. You just have to keep reminding yourself that this is in fact better than slavery. The worst part is that your “partner” decides you might be a good candidate for an underground fight game run by notorious Hutt gangsters. It’s all about to get even hairier than you are, and for a Wookie, that’s really saying something.