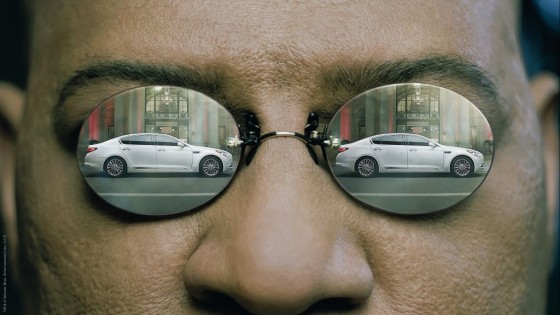 Super Bowl XLVIII was noticeably loaded with automotive commercials. Nearly every break featured at least one spot from a manufacturer, and the landscape was very competitive. The commercials were as diverse as the companies they were pitching for, but at the end of the night, some clear winners rose to the top for us. Below are our Top Ten Automotive Commercials from Super Bowl XLVIII. Did we miss one of your favorites? Do you disagree with our order? Let us know in the comments.

An ode to nature and exploring, this minute long Jeep commercial runs for 30 seconds before they even show the vehicle. While the ad may not appeal to everyone, it is very specifically designed to appeal to the Jeep customer.

Clearly this is an attempt to recreate the magic of the “Imported from Detroit” commercial featuring Eminem from 2011, but the concept has been overused by Chrysler at this point. If you take it at face value, two minutes of Bob Dylan being slightly creepy is a nice ode to “Made in America” and is inspiring to a rebounding auto industry in Detroit. When you consider the taxpayer bailout and subsequent purchase by the Italian company Fiat, the message rings a bit hollow.

There is a ton going on here which is difficult to fully understand without seeing the four teasers leading up to it, and without a proper grasp of pop-culture and who these British Villains are. Still the commercial does an effective job of showing off the bad-ass British made F-Type. It wins this slot on our list for being way more effective than Maserati’s effort.

Ford highlights a couple of trends in Super Bowl advertising, especially among car companies. Extended spots longer than 30 seconds, and wackiness in the model of Old Spice and DirecTV. This commercial pair featuring Rob Riggle and James Franco was oddly reminiscent of recent DirecTV efforts, but just didn’t come together for the same level of humor generated by others higher on this list. Also “Nearly Double” isn’t nearly as effective as “Double”.

Odd humor featuring dogs, how could you go wrong? This is one of those spots which goes 75% in before you even know what the hell they are advertising. It’s a comical way to deliver the message of “No Compromises”, but we get the feeling that most watchers will have trouble remembering what this funny commercial was for. While it made us laugh, is it up to the standards of Audi?

Chevy received mixed reviews for this one on Twitter, but we figure this is the type of humor that is likely to appeal to the type of customer who would buy a Heavy Duty pick-up, so for that reason we consider if effective. The payoff scene at the end is worth the minute long journey. We’d also like to add an Honorable Mention to Chevrolet’s 2nd commercial which was dedicated to their efforts to support World Cancer Day on Tuesday, a cause near to our hearts.

This is the only traditional 30 second spot on our list, and yet we found it one of the most effective auto commercials during the Super Bowl. While we don’t have kids ourselves, we’d imagine this ad is even more effective for parents, and it does a nice job of being humorous but also delivering a solid on-brand message at the end. Plus, we’ve certainly been distracted by a cute girl while driving. This one was a hit with us, but the 2nd Hyundai commercial featuring the Elantra was a bit of a miss, falling outside our Top Ten.

Kia delivers a strong message about their new luxury sedan, the K-900. The concept of using Morpheus and the keys at the beginning is a fairly brilliant way to wake-up the luxury buyer who may be obsessed with badges. It gets a bit odd with the opera singing at the end, but we suppose that is humorous to folks who can afford a luxury vehicle. Although the Matrix is now fifteen years old, we found this an effective use of pop-culture references that should be relevant to the target market.

This was easily the most humorous auto commercial of SBXLVII. What can we say, we’re suckers for penis jokes and rainbows coming out of our butts. It is a bit disturbing that there are evidently no female engineers getting their wings at Volkswagon. That fact is so glaring, it seems impossible that it wasn’t on purpose. Our personal experience with Volkswagon hasn’t found them to be the most reliable of vehicles, but it’s tough to argue with the primary fact delivered by this commercial, they have more cars on the road with 100,000 miles than any other OEM.

Combining the Muppets with Terry Crews seems like a recipe for a can’t miss Super Bowl commercial. There was no doubt this was a car commercial from the beginning, and this spot delivers the message of a fun family vehicle with plenty of space while entertaining and making us laugh at the same time.  Dr. Teeth and the Electric Mayhem are welcome in our car anytime, and ending with Animal shows a keen understanding of who the best Muppet really is. We had to watch this commercial multiple times to catch everything that was going on, which bodes well for Toyota as they continue to air it in the coming weeks. The only thing that could have made it better would have been to have Terry Crews flex the pecs, but maybe Old Spice owns the copyright on that.