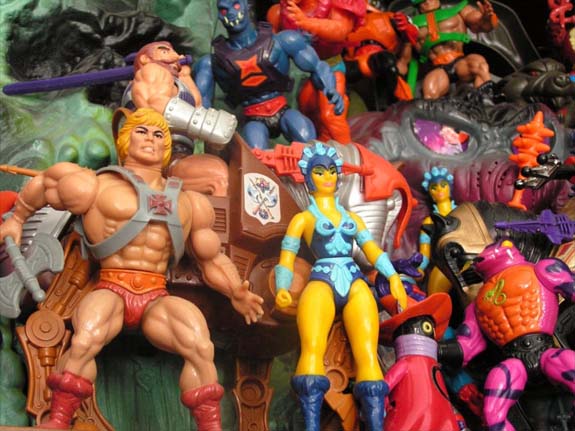 Of course that got us thinking about all of our old He-Man toys. Unlike my Star Wars toys and Legos, somehow my Masters of the Universe toys didn’t make it past my childhood. I seem to remember a lot of them breaking at the limbs. Since top ten lists are popular and generate a lot of controversy on social media among Internet geeks who take this stuff seriously, lets take a trip back to 1982 at the very earliest and look at the best, and the worst, He-Man toys. By the power of Grayskull, I have the power!

Skeletor’s home had an awesome facade and plenty of fun features, but wasn’t a must-have playset. Regardless, I was jealous of anyone who had it. 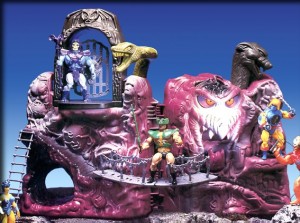 Teela was cool because she was a hot chick with a snake staff. Since She-Ra wasn’t around yet, He-Man had to get it on with someone, and I don’t think Man-At-Arms swung that way (although I had my suspicions about Ram Man). 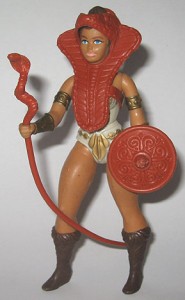 Human, robot, monster! Man-E-Faces was three different guys in one. 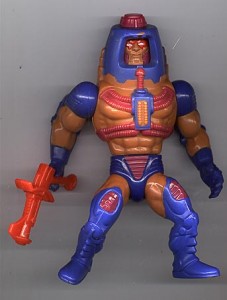 There weren’t too many cool vehicles released, and the Wind Raider was about as good as it got, considering it was He-Man’s main vehicle. There were a couple others released years later that were okay, like the Roton, but not nearly as popular. 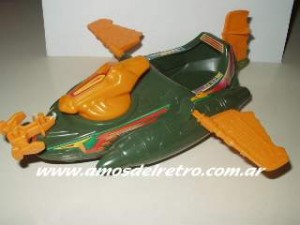 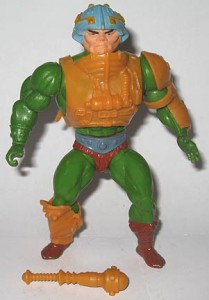 Trap Jaw was cool because he had so many moving parts. While he wasn’t as popular as other villains, like Beast Man, there was more to do with him. 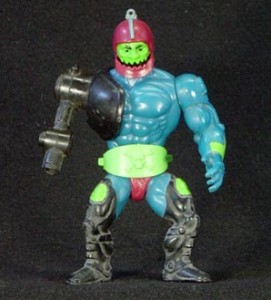 If you had He-Man, you had to have his trusty feline friend, Battle Cat. Skeletor also had a cat called Panthor, and his skin was purple felt, which was kind of strange to play with. 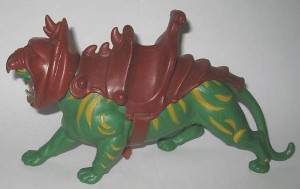 The second most essential character to have. 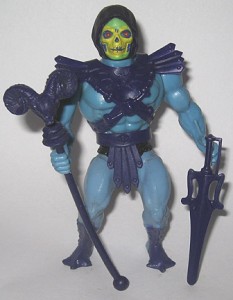 The original He-Man was the best and obviously the essential character. Not having this guy would be like having Star Wars toys without Luke Skywalker. 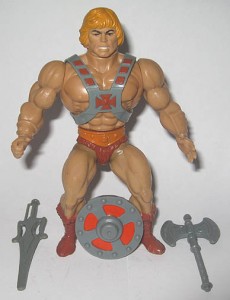 This was the only cool playset that they released. Of course, it’s utterly pointless without the action figures, but that front facade makes it the most awesome of these toys (the trap door inside kind of got boring after a while, though). 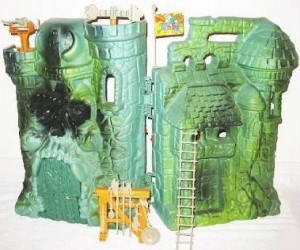 How dumb was this? You punched them in the chest, and that part of the armor got ‘damaged.’ Some people will say this is the best toy, but to me it was nothing short of a gimmick that fell flat. I had it. It sucked.

This character made the Master of the Universe franchise not cool, and the toy was even worse. It had one of those zipper-like thingies where you pulled it and he randomly moved around.

Who in the hell would want to own Prince Adam? That’s like wanting a Bruce Banner toy, or a Clark Kent doll.

…and, of course, we’ve gotta conclude with the cartoon intro: