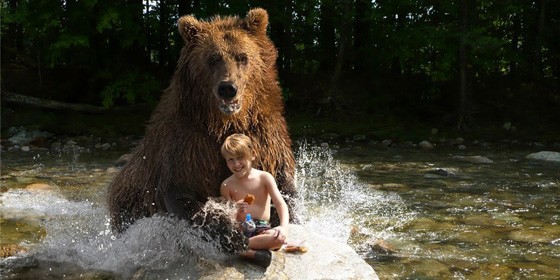 “When the sign says, ‘Do Not Feed The Bears’, man,

Some bears are a mostly harmless nuisance, others soulless killers. Characters such as Yogi Bear and Winnie the Pooh have led us to believe that all bears are mentally challenged addicts. On the other side of the coin, Stephen Colbert and FOX’s When Animals Attack! want us to believe otherwise. Then there’s movies like Grizzly Man, that send all sorts of mixed messages. 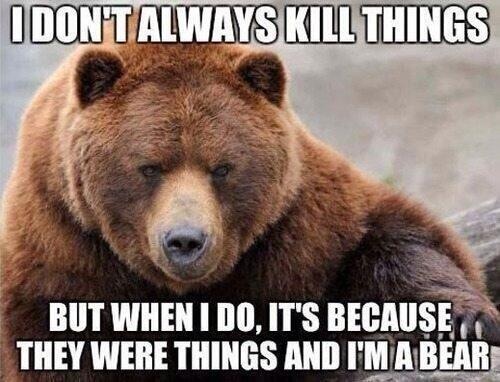 Whether or not bears are a threat is not very important. What is important is that they are consistent centers of damn fine entertainment. 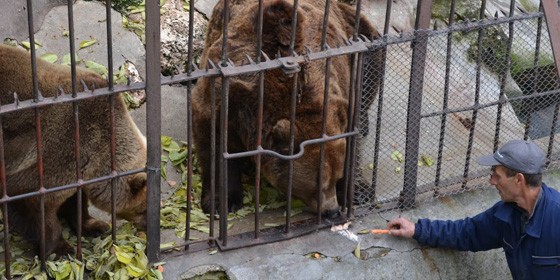 After putting up with getting trash thrown at them for weeks on end, bears at the Belgrade Zoo finally took their revenge on the human race after a drunk Serbian found himself half-eaten in the bear cage during a local beer festival. Tragic as this news is, you have to admire the to-the-point nature of the zoo director’s official statement: “There’s a good chance he was drunk or drugged. Only an idiot would jump into the bear cage.”

For their Man vs. Beast program, FOX decided to maintain their high broadcast standards and feature an eating contest between professional competitive eating champion Takeru Kobayashi and a 1089 pound kodiak bear. In losing the contest (only managing to eat 31 hot dogs before the bear ate 50), Kobayashi proved that that even freaks are still only human. 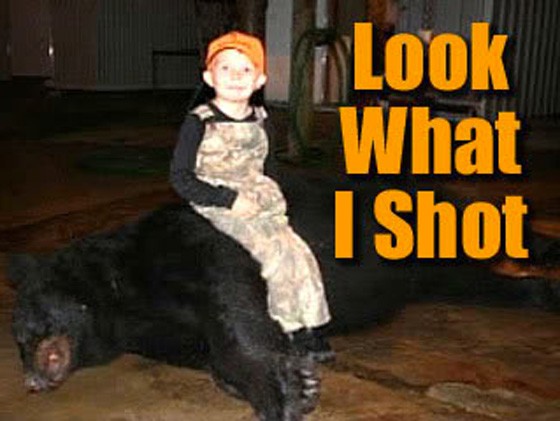 A 5-year-old boy on a hunting trip with his grandfather killed a black bear weighing 445 pounds. Citing the boy’s ancestry to Davy Crockett, the grandfather explained that Tre Merrit had talent beyond his years. “Davy supposedly killed him a bear when he was three. And Tre is five and really killed a bear. I really doubt if Davy killed one when he was three.” The family has decided to get the bear on a life-size mount, because making a hat out of the thing isn’t nearly badass enough. 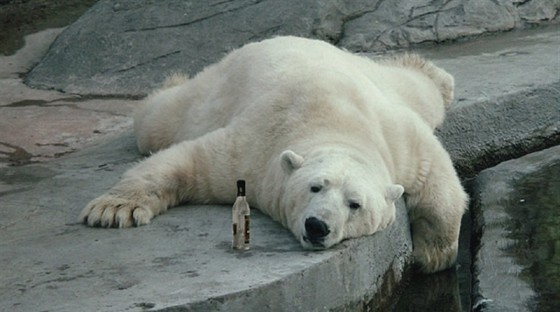 A black bear was found passed out next to a litter of empty beer cans at the Baker Lake Resort campsite. The bear made his way into coolers and managed to drink about 36 cans of Rainier beer, but leaving the Busch behind after trying one. After sleeping off the hangover, the bear was captured in a trap baited with doughnuts, honey, and two cans of his favorite lager. 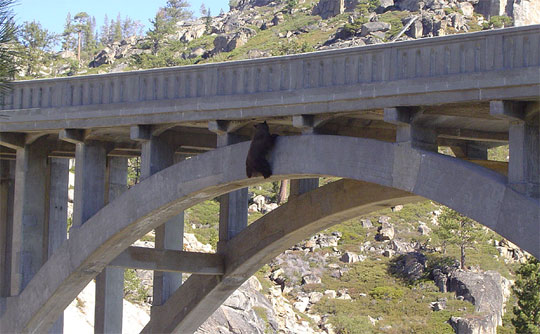 After jumping off of a bridge, a bear reconsidered and held onto the side for dear life. At first, rescuers assumed there was nothing they could do to help the poor creature so they left it alone. When they returned the next morning to find the bear hanging out on one of the support girders, officials reached a brilliant conclusion that they indeed could do something so they strung up a giant net, shot the bear with a tranquilizer dart, and then poked it with a giant pole until it fell off the bridge. Still stoned, the bear was released into the woods to ride out the rest of his trip. 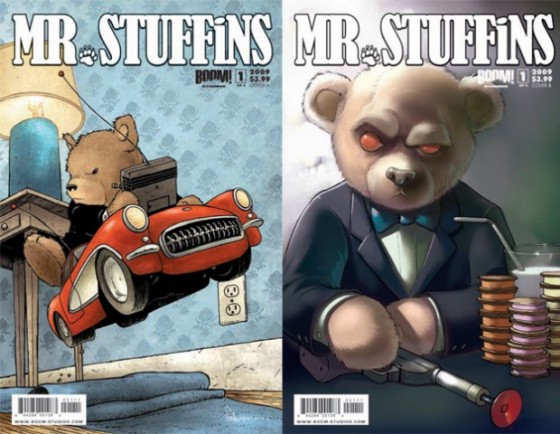 An unidentified bear raided a forest hideout in Kashmir and killed two confirmed terrorists. No government has admitted any connection to this ursine Jack Bauer, although it is reported two men survived the attack. I feel I am not alone in believing that this very well could be the beginning of some grizzly times to come.

Wojtek the bear was adopted and officially drafted by the 22nd Artillery Supply Company of the Polish II Corps. He aided the effort by transporting ammunition and providing a badass factor to the company that rivaled even the Inglourious Basterds. He was so popular that the official symbol of the 22nd became a bear holding an artillery shell. Wojtek died in 1963, but his spirit lives on in many memorial plaques and monuments throughout the world. 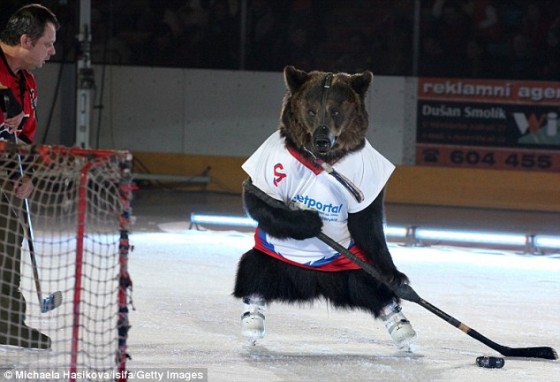 In a move that shocked the animal training world, a Russian ice-skating bear mauled and killed one of its trainers during a rehearsal. These incidents are rare in the world of bear performing arts, where it is common to strap sharp objects onto deadly and savage beasts. Roy Horn was unavailable for comment.

Fish and Wildlife experts were called onto the scene to rescue a black bear who was stuck in a tree. They planned to drug the bear so it falls safely onto a carefully prepared trampoline below, probably ordered from ACME. It’s probably a good thing bears can’t sue.

WJW is a Fox news affiliate out of Cleveland that was assigned to report on a bear sighting. Fake as it seems, this is indeed the real deal (although there is debate on the Internet as to whether or not it ever aired in its entirety). Perhaps the funniest news report ever made out of an incredibly boring topic, it is safe to say that the re-creations alone should have earned some type of Pulitzer.

Winner: The rabbit, he’s faster than a bear. 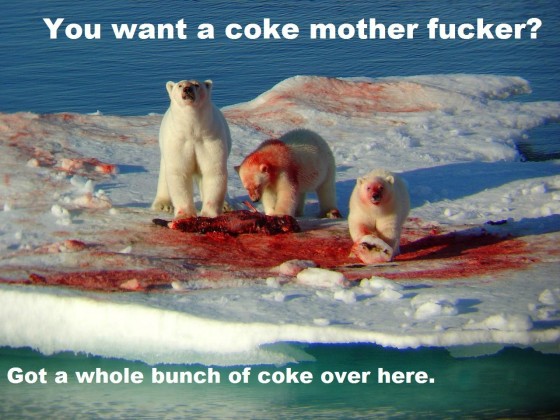