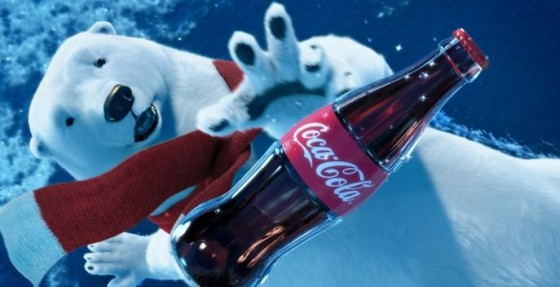 Boy, drinks are delicious, right? Oh yeah, nothing screams relaxation like a tasty beverage. Yet, did you ever stop and think about just how many of these drinks have mascots? No. Probably not.

Well, for the sake of argument, let’s just say that ten of the most popular beverages have a anthropomorphic ‘thing’ as their spokes… thing. Seriously! For this list we’ll focus on the “soft” drinks and follow it up with a list of Alcoholic Beverage Mascots in the future. 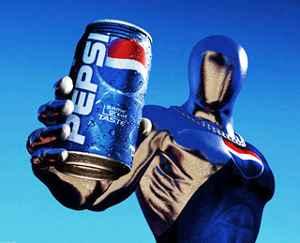 Oh, and we stuck to North American mascots (sorry, no Pepsi Man), so grab your glass, and take a look at these ten famous beverage mascots.

Since 2000 these Happy Cows have been mugging for the camera and doing a moo-velous job (sorry) selling California dairy.

8. Sprite and the Sun Fizz

In 1998, Sprite released an ad that has become something of a Pop-Culture historical phenomenon. I’m not even going to explain it’s hilarity, all you have to do is watch.

In the 1960’s, the ICEE machine was first introduced, and its mascot was created as a Polar Bear. Makes sense, but who knew they’d become so widely available at K-Marts, Wal-Marts, Sears, and Burger Kings? Not me, that’s not who.

The Great Root Bear has been the popular mascot for A&W Root Beer since 1974. The Great Root Bear’s role as mascot was reduced in the late 1990’s as A&W became more known as a burger chain, but he is still used to this day.

In the 90’s, 7-Up’s Cool Spot was the anthropomorphic red dot on the pop can. He’s not around much any more, but he did spawn a video game!

Since 1973, this sugared-up animated rabbit has been gracing the adverts and packages of this powdered and liquid chocolate milk mix, as well as the pre-bottled Yoo Hoo evil twin. Tasty. He also appears on our Top Ten Bunnies in Pop Culture list.

The Coca Cola Polar Bears were introduced in 1993 and have become one of the most popular advertising campaigns for one of the most popular beverages. In fact, they became the mascot quite accidentally, as a one time commercial was so popular that they continued to come up with new ideas for the Bears, which are seen primarily in the winter.

This slyly violent Hawaiian Punch mascot has been offering, “How about a nice Hawaiian Punch?” and then clobbering them silly since 1962. He gets #2 on the list purely for his violent nature.

Starting in 1954 as the oddly-named (duh) “Pitcher Man”, his name was thankfully changed to the “Kool-Aid Man” in 1975. And he’s been causing massive building damage ever since. He is joined by lesser mascots such as Purplesaurus Rex and Sharkleberry Fin, but only the original made our Top Ten Mascots list. Oh Yeah!