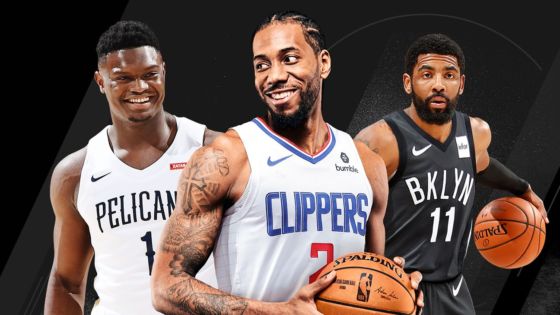 A lot has happened in the first half of the 2019-20 NBA season since we picked our top Rookie of the Year contenders. We’ve seen the complete dismantling of the dynasty over in San Francisco, with the fall of the Golden State Warriors marking the end of an era that has opened the doors for the next wave of powerhouses to take the league by storm.

One of those teams, the Los Angeles Lakers, struggled last season after signing LeBron James to a three-year deal. But then they acquired Anthony Davis from the New Orleans Pelicans and have turned into one of the best teams in the league. Again. 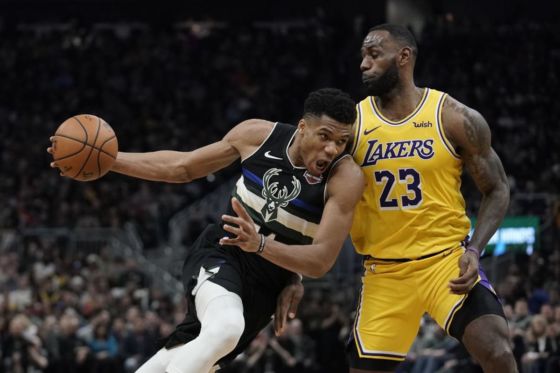 As far as the Eastern conference is concerned, they are no longer the laughing stock of the league. They have Giannis Antetokounmpo doing things we did not think imaginable while turning the Milwaukee Bucks into another legit title team.

The odds to win the NBA Finals are tight among the top three teams, but there’s at least 7 others right now that could make a run between now and June. Check out our top ten title contenders to win the 2020 NBA Championship. 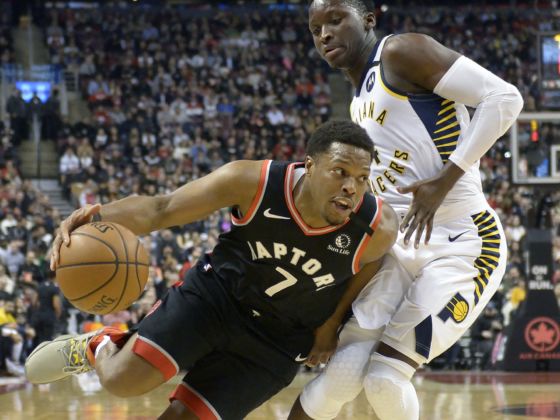 When Kawhi Leonard left the Raptors, they did not bring in anyone to replace him. They did not even have a top draft pick after trading it away to acquire Kawhi. So no one was expecting them to have the kind of season they are having right now.

Not only are they playing well above what the critics expected, they are also closing in on the Milwaukee Bucks for first in the Eastern conference. 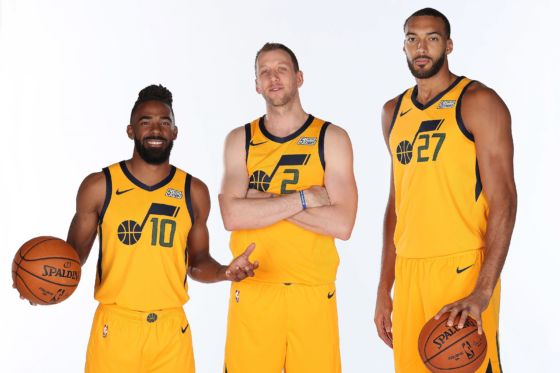 It seems like every single season, the Utah Jazz are in the middle of the pact in the Western conference. They have a potential MVP in Donovan Mitchell and the league’s best defensive center, Rudy Gobert, who showcased his dominance during the All-Star game.

But it was their addition of Jordan Clarkson that has become their biggest move of the offseason. He comes off the bench and gives the Jazz something they have been missing over the past few years, bench scoring. Oh, and do not forget about Bojan Bogdanovic, who can score from outside like the best of them.

Regardless of how deep their rotation is, they are still not strong enough to compete with the big dogs like the Bucks or Lakers. 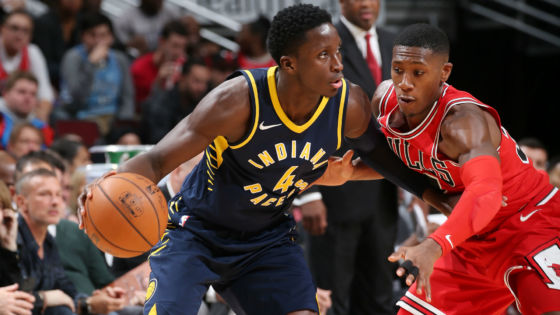 Everyone knows that defense wins championships. But they never talk about how a defense can actually carry a mediocre team into title contention like the Indiana Pacers.

As they stand today, they are just not strong enough to win a NBA title because they just do not have that one superstar that can take over a game during the playoffs. This is something often overlooked in the NBA but it happens so many times.

If they had that one true superstar that could score 50 points on any given night, the Pacers would be propelled into one of the NBA’s top teams. They could upset a team or two in the postseason but are not quite ready to reach that title plateau. 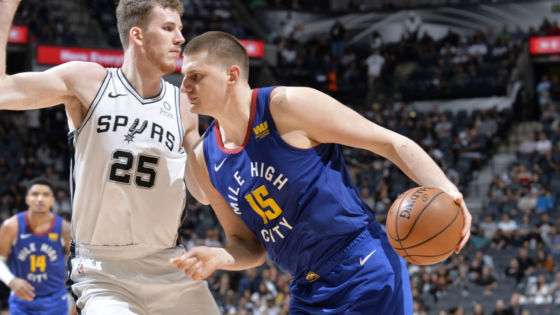 The Denver Nuggets have surpassed all the critics this season by reaching their best start in franchise history through 55 games. It can all be contributed to the heart and determination of one of the league’s youngest teams.

Jamal Murray has become the scary leader of an offense that can explode for 130 points on any night. But he is not their biggest star. Their biggest star is Nikola Jokic, who is averaging a double-double with close to seven assists per game too.

We put them at seventh because the second half of the season could bring them some big losses when they start facing the better teams in both conferences. 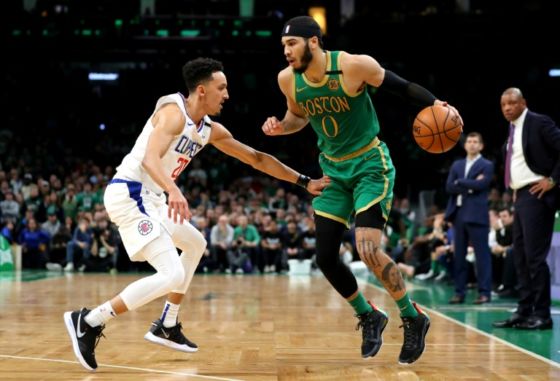 Gordon Hayward is good but will probably never be the same stud he once was prior to his horrible leg injury two years ago. Although his rebounding numbers are almost two boards higher than his career average, his strength is that he has teammates like Jayson Tatum and Jaylen Brown.

Both Brown and Tatum are slowly starting to figure this game out and are both averaging over 20 points per game. And let’s not forget about Kemba Walker being the biggest offseason addition by just about any team not named the Lakers.

Since they can’t seem to compete with the Bucks, it is hard to think they would be good picks to win it all in 2020. But things can happen and the talent is good enough for them to back into the Finals. 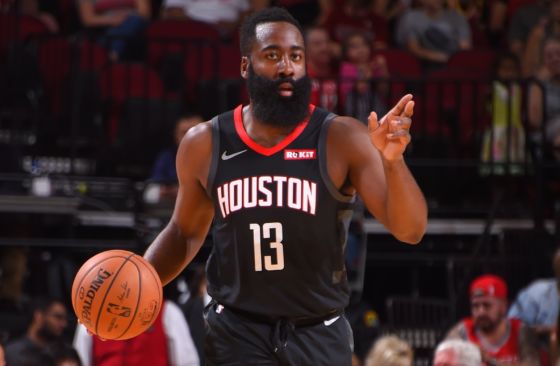 They have Russell Westbrook and James Harden, giving them the most dangerous scoring guard duo that the league has seen in a very long time. It is rare that a team would bring in two guys that shot as much as they do but it has worked.

But the downside to the strategy is the lack of defense they would end up playing. That alone could be the thing that kills their title chances. 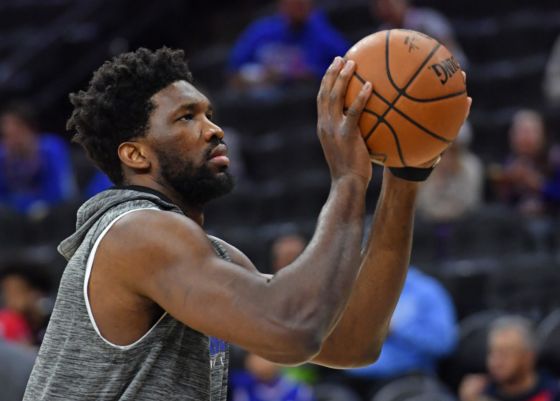 The story of the 76ers this season has been consistency. They have been winning a handful of games then losing a handful more, and they have done that all year. They recently lost four games followed by three wins heading into the All-Star break.

So what is the problem?

They cannot win road games against good teams. That is a big problem for a title contender and the main reason we have them back at four. Otherwise, we could put them at least one more spot higher, knowing they have the talent to win it all.

Their secret weapon is Al Horford, who could be the answer to stopping Giannis 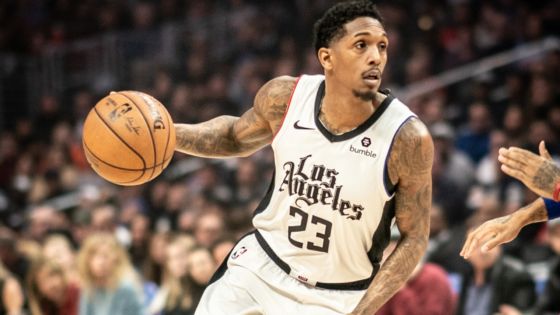 Kawhi Leonard led the Toronto Raptors to a NBA title last year but did not win the MVP because of what Giannis did in Milwaukee. Now that Kawhi is a Clipper, you can expect them to compete for a title too.

But he is not alone. They also added Paul George to form quite the lineup. Aside from Leonard and George being studs, Lou Williams is still one of the league’s best sixth man’s. They also have Patrick Beverley, who can defend just about anyone in the league.

It is only a matter of time before we get a Lakers-Clippers Western conference title series to battle it out for a chance at a title. 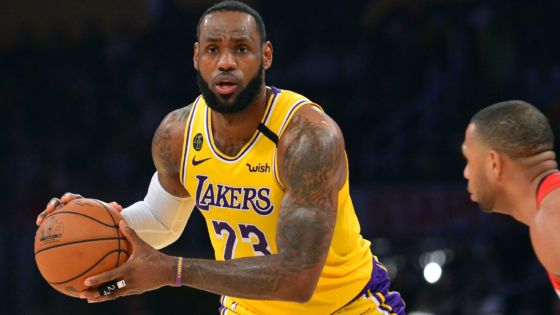 Well, it’s official, all the Lakers needed to turn things around this season was adding Anthony Davis. They had to give up a ton of young prospects including Brandon Ingram but it was more than worth it as they are sitting atop the Western Conference today.

Surprisingly, the Lakers only have three guys scoring in double digits making their current standing that much more impressive. But when you have AD and King James putting up the type of numbers that they are, you only need a little more to get you over. 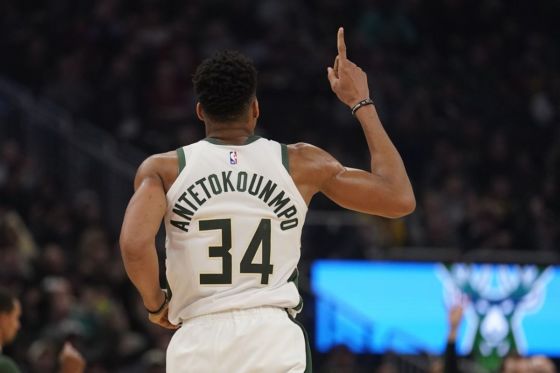 Giannis Antetokounmpo is putting up numbers this season that have not been done since the 1960’s when a man by the name of Wilt Chamberlain was dominating the NBA.

This pick should not come as a shock since they did start the season fully expected to be here when the season is over. However, they are actually surpassing the expectations and are on pace for a 70-win season.

Besides having the reigning league MVP, the Bucks are built with playmakers, defensive studs, and guys who just plain get the ball. Khris Middleton, Eric Bledsoe, and Brook Lopez compliment Giannis and could be on their way to a title in 2020.