Ten Most Emotional Episodes of Batman: The Animated Series 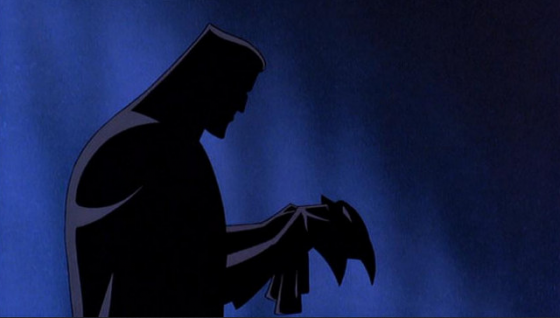 Batman has taken many forms over the years. There has always been a delicate balance between super heroics, sentimentality and pure camp. When the mix is done properly, stories can be created which will stay with you a lifetime. One of the best vehicles for this type of storytelling was Batman: The Animated Series. With the release of The Dark Knight Rises on Blu-ray and DVD this week, let’s take a look back at Batman stories that will touch your heart regardless of the palette they were painted on. 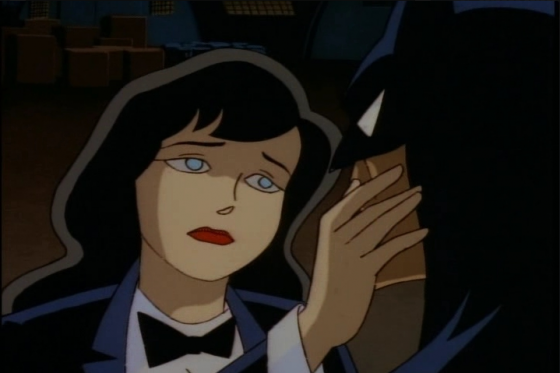 It can be argued whether being Batman was a choice, destiny, or mission for Bruce Wayne. It is not arguable that Bruce Wayne was presented with several choices along the way to becoming Batman. There are many points in which Wayne could have stopped and simply lived out the life presented to him. "Zatanna" shows a flashback to when Bruce Wayne was training with the magician and escape artist Zatarra. Years later, Zatarra’s daughter, whom Wayne flirted with, comes to Gotham. Batman helps clear her of a robbery, and for a moment pines for a life that might have been. 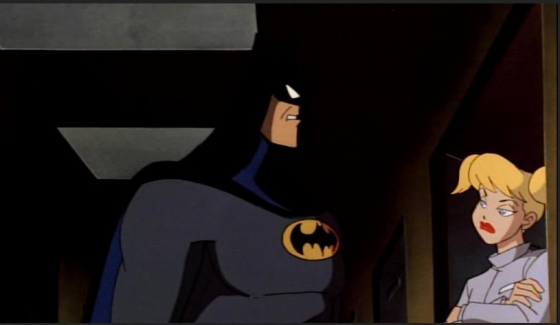 "Mad Love" tells the story of the first meeting between Joker and Dr. Harleen Quinzel, aka Harley Quinn. Harley is taken in by Joker’s stories of abuse and falls in love with him. The episode itself is an examination of Joker-Harley’s often abusive as well as exploitative relationship. In the end, Harley is left in an a hospital battered, bruised and broken. She is cursing the Joker and seems ready to never deal with him again.

Harley then receives a gift from the Joker and falls in love all over again. Sadly, this is one of the better examples of how many real life cycles of abuse and patterns of abusive relationships play out in real life. "Mad Love" is emotionally crushing to watch on several levels. 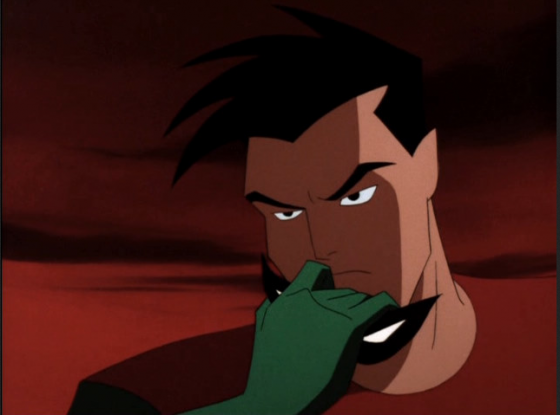 "Old Wounds" shows the new Robin (Tim Drake) asking the previous Robin (Dick Grayson, now Nightwing) what happened to end his relationship with the Batman. Nightwing tells a story of a search for the Joker. Batman interrogates a small time hood brutally in front of the hood’s own child. Grayson is also growing into his own man with his relationship with Barbara Gordon (Batgirl). In the end, he hits Batman and leaves his post.

It is revealed that Wayne has in fact hired the hood as a guard and taken care of the hood’s family for years after the incident. Grayson indicates that he is on the road to reconciliation with Batman. Grayson’s journey is one of growing up. It's a journey that many must face and Grayson indicates that young Drake will one day take the same journey himself. "Old Wounds" will mean something different if watched as a boy, a young adult, or a man. 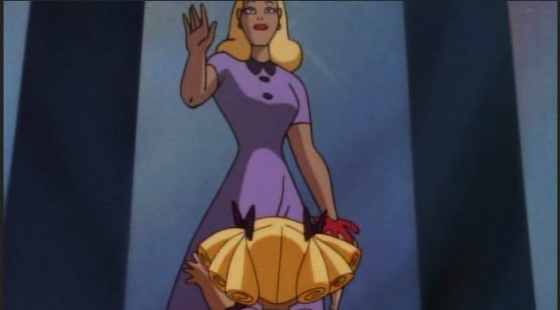 "Baby-Doll" is perhaps one of the saddest episodes of the series run. It concerns former child actress Mary Dahl kidnapping her old castmates to try to recreate a lost youth. To be fair, she also tries to murder the cast. Dahl suffers from a disease in which she cannot actually grow or mature physically. Usually, she talks in a cutesy child voice, however, will also talk in the voice of a grown woman. The episode has a dramatic climax in a fun house of mirrors.

A mirror shows Dahl stretched, looking how she would if she had grown into a woman’s body. Amid tears, Dahl shoots the mirror until she has no more bullets. The majesty of the episode is how it makes you legitimately feel for the tragic as well as deranged Mary Dahl. 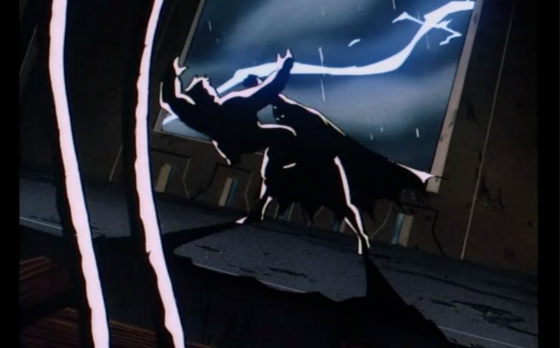 After a fall in a warehouse, Batman awakens to a life which is strange to him. There is no Batcave. His parents are alive. He is engaged to Selina Kyle, aka Catwoman. However, there is still a Batman. Wayne knows something is wrong and confronts the Batman. He has been strapped to a dream machine the entire time. The whole dream was a plot by the Mad Hatter to keep Batman out of the way by giving Batman what he wanted.

In the end, Bruce Wayne chooses the reality of his own life over a fabricated dream world. In this day of virtual worlds, the question of how many of us would do the same thing is increasingly becoming more relevant. "Perchance To Dream" is one of most emotionally charged as well as heartbreaking episodes of the series.

5. Beware of The Grey Ghost 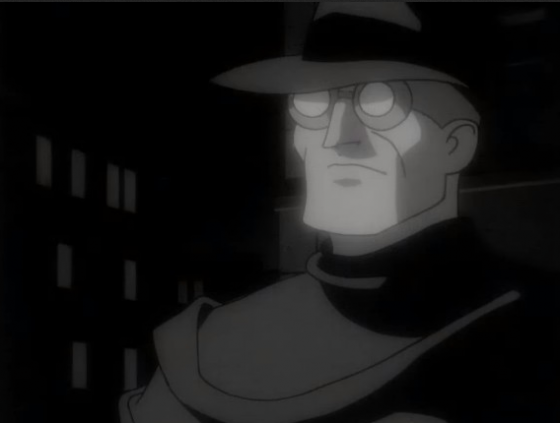 In a sly nod to Batman’s history, the "Gray Ghost" is an old television crime fighting show that Bruce Wayne grew up watching. The star of the show is Simon Trent, who is voiced by famed Batman actor Adam West. Trent has fallen on hard times and sells his memorabilia for money. When crimes start occurring reminiscent of  The Mad Bomber, Batman seeks out Trent. The episode allows Batman and the Bat Universe to give thanks to the contributions of people like West.

The Mad Bomber is revealed to be a deranged toy collector, and is voiced by (in another bit of sly casting ) by one of the shapers of Batman: The Animated Series, Bruce Timm. In the end, Bruce Wayne buys back all the memorabilia for Trent, giving Trent the satisfaction that all he did really meant something in today’s age. 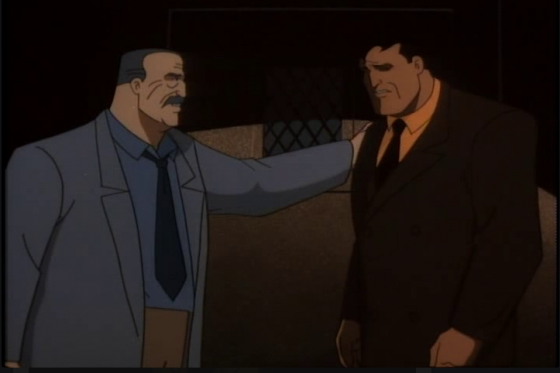 The mystery surrounding the episode is fairly standard. However, the character of Dr. Matthew Thorne creates an emotional tug in that he knew Bruce’s father Thomas Wayne in medical school. Once the kidnapping case is resolved, Bruce Wayne pays a visit to Dr. Thorne. For anyone who has ever lost a parent, the next scene is unbelievably sweet as well as heartbreaking. Wayne sits down across from Thorne and says,"Tell me about my father…" Thorne shakes Wayne’s hand and starts to talk. It is an episode that will grow in importance as life events change. 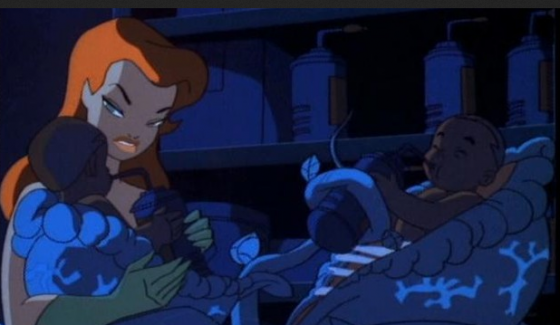 "House And Garden" offers a possible glimpse of a rehabilitated Pamela Isley, aka Poison Ivy. Isley has apparently been somewhat cured, gotten married, and taken up house with a former psychiatrist. Isley seems legitimately happy and well-adjusted. The problem comes when a series of robberies are done by plant monsters. Isley has been growing human-like plants which start out looking like children, morph into Isley’s husband, and finally turn into the Monsters.

In the end, Batman and Robin are able to foil the plot. However, Isley is left to mourn the only life that ever really made sense to her. In a way, you feel sympathy for her even though she may be thoroughly undeserving of it. 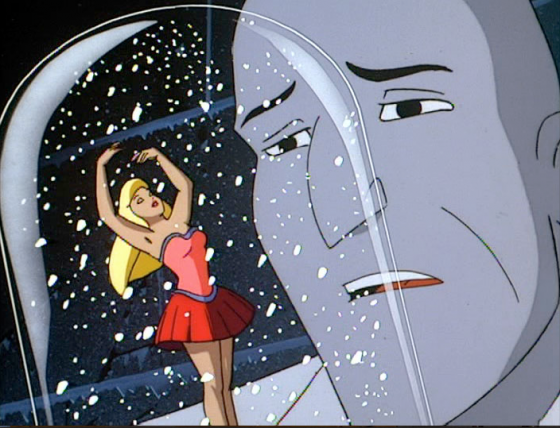 The character of Mr. Freeze first appeared in Batman #121 as a sort of campy villain. In Batman: The Animated Series, Freeze was re-imagined as a tragic character named Victor Fries. Fries was the victim of an industrial disaster while trying to cure his wife Nora. Nora must be kept in cryogenic stasis in order to be kept alive. "Heart of Ice" follows Batman as he tracks a series of bizarre robberies to Freeze in Freeze’s quest for a cure.

In the end, Batman finally understands Freeze’s tragic motivation. The final scene shows Freeze in a sub-zero degrees prison holding a snow globe of a dancer. Through tears that turn to ice, he apologizes to the snow globe representation of Nora for his failure to cure her. A heart of ice can break along with everyone else who watches this episode.

In the end, Bruce asks Alfred, "Is it possible he had a soul Alfred, a soul of silicon, but a soul nonetheless?" In that scene, Batman: The Animated Series echoes a  level of science fiction almost worthy of Ray Bradbury and a level of sentiment worthy of the best of daytime television.