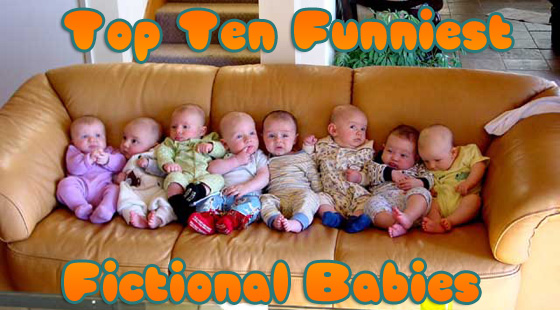 As a general rule on television, kids aren’t funny. They’re too young to deliver anything other than ‘awwe that’s cute’ laughter and they’re rarely really laugh-out-loud funny. There are, of course, exceptions, and Gunaxin even ranked them for television. But let’s take it a step back and examine the funniest babies. There aren’t any. So we’ll examine the funniest fictional babies. 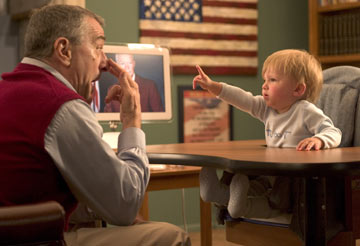 Little Jack gets a spot on this list because he remembers and constantly repeats the word ‘Ass-‘ole.’ 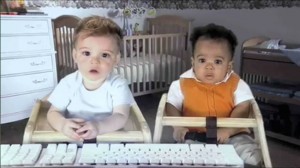 Typically, talking babies are creepy, but the dialogue is humorous enough to keep us interested. This is all despite the fact that E*Trade is no longer even close to the best place to have your money. 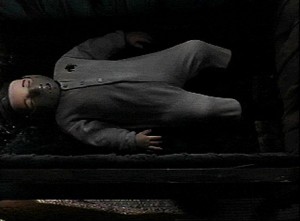 Pubert gets a spot simply because of his name. His shenanigans were hokey but… come on… his name is Pubert! That’s hilarious!

The Canadian-born Ike is more cute than funny, but occasionally repeats the proper words that his big brother Kyle will say, and is often surrounded with a historical subplot for him to deliver the humor.

Compared to the other, Maggie is more cute than laugh-out-loud funny, but she’s had good moments and I’d be crucified if I left baby Simpson off this list. 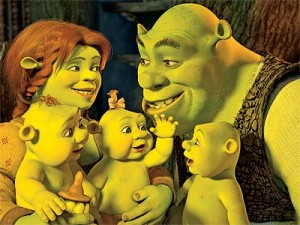 Baby ogres running around releasing all sorts of gas and solids is too good to miss. 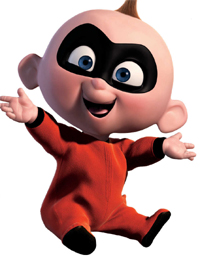 A superhero baby! His powers? He morphs into the lovechild of the Tazmanian Devil and… the devil.

Here is a parody video: 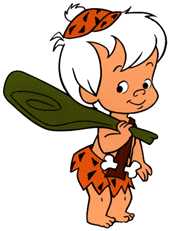 There isn’t really much to this character other than him running around and smashing things. The bit never got old. 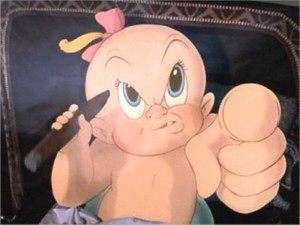 This was Stewie Griffin before Family Guy. Baby Herman set the bar for wise-cracking smartass babies.

This is an obvious choice and we make no apologies for it. No other baby in pop culture has delivered more outrageous laughs than Stewie Griffin, who is hellbent on world domination and isn’t quite sure if he’s homosexual or not. Kudos goes to that redheaded baby that he’s at odds with.