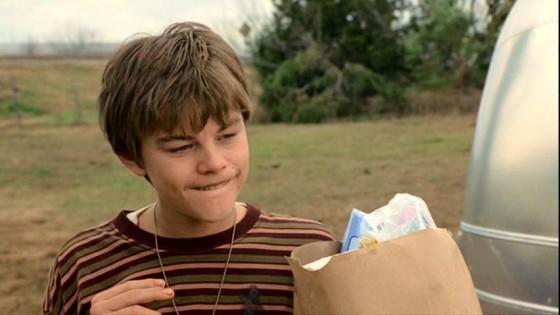 First off, sorry to use the term ‘retards’ for the title but there’s no other way to say it without losing 90% of the readers. My cousin has Down’s Syndrome and I’ve done volunteer work with these people, so save your comments about me being “insensitive.” With that said, let’s take a look at the ACTORS who played funny CHARACTERS with mental disabilities in film:

Ultimately a serious film, but Billy Bob Thornton has a number of humorous lines that only someone with disabilities would say. FRENCH FRIED PERTATERS. Love the end and Thornton deserved the writing Oscar.

Watch the background carefully in this video:

Okay, not really retarded but Braff is funny.

Sam: Hey, I recognize you.
Andrew: Oh, did you go to Columbia High?
Sam: No, not from high school, from TV. Didn’t you play the retarded quarterback?
Andrew: Yeah.
Sam: Are you really retarded?
Andrew: No.
Sam: Ooh, great job man! I really thought you were retarded. I mean, you’re better than that Corky kid and he’s actually retarded. If there was a retarded Oscar you would win, hands down, kick his ass!

Some say Adam Sandler isn’t funny in this film (or in general, for that matter) but dammit if I didn’t laugh.

Okay, so maybe I’m stretching the term ‘retard’ here but you know what I mean. Dustin Hoffman demanding to watch Judge Wapner is hilarious.

Forget Milk, Spicoli, and the Jew caricature in Carlito’s Way. Sean Penn deserves an award for this role. I laughed straight through this movie.

I know, everyone is rolling their eyes at this one, but this film is a classic and will be remembered for years to come. Unlike, say, I am Sam. Here’s a funny video called “How Forrest Gump should have ended”:

4. The cast of The Ringer

Everyone deserves credit in this film, especially Johnny Knoxville. Note that this film was approved by the Special Olympics and features several actors with disabilities. What was even funnier was that South Park did an episode with a similar plot, and accusations and insults between the creators soon followed.

3. Warren Jensen – There’s Something About Mary

Frank and beans! I think this part made me laugh the hardest (not the hokey hair gag on Cameron Diaz.)

Hey you guys! If you haven’t seen it yet, read Gunaxin’s Tribute to Sloth.

This is why Leonardo DiCaprio is cool. I don’t really care for any of the other roles he was in (except for The Departed). Gotta wonder how many people go up to him on the streets and start mimicking this character.

Honorable mention goes to Eric Cartman, on this episode of South Park. And here’s the script.