We’re only a few days away from the release of GI Joe: The Rise of Cobra, so it only seems appropriate to discuss a few things G.I Joe related. Not specifically about the movie, but about the entire Joe universe. And naturally, there’s some lure to the dark side of any conflict. Darth Vader was pretty cool. So is the Joker. And the same holds true for G.I. Joe, and its nemesis, Cobra. Although apparently G.I. Joe originally was not going to even have a villain. What we might have missed out on. Thank goodness Cobra and its mercenaries were allowed to exist.

Below are ten of our favorites G.I. Joe villains. While many of the typical Joe foes are just generic villains (Crimson Guard, Iron Grenadiers, Cobra Soldier, various Vipers, etc…), there still remain an interesting selection of unique characters to choose from. Check them out: 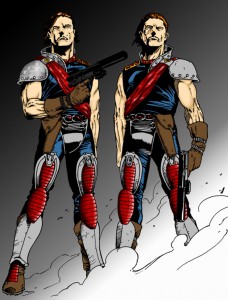 For those skirmishes that are not waged on the battlefield. Tomax and Xamot excelled in the white collar industries of banking and law, which soon became manipulation of the law and the (im)proper disbursement of funds. True evil genius worthy of Bond villainy. For an added quirk, the mirror image twins were psychically bonded to each other, having such pesky traits as completing each other’s sentences and sensing each other’s pain. Alright, so you may think they’re ponces. Consider this fact: possibly their coolest role in Cobra is being in charge of the bad-ass Crimson Guards. You have to do something right to be head of Cobra’s elite soldiers. At least I think you have to do something right. If you’re wondering who’s who, Xamot is the one with the scar. I’ll leave you with this rhyme:

Until now Joe’s had it easy,

Leaders of the Crimson Guard! 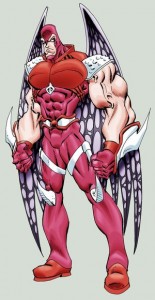 Think what you will of the original G.I. Joe: The Movie and its supernatural detour, Nemesis Enforcer is one place the creators got it right. Well except when dude got owned by Sergeant Slaughter. Let’s forget that part. Otherwise he was pretty good in his role as elite guard for Cobra-La and a damn machine of pain. Although why the hell his action figure had those goofy-ass tentacles included I’ll never know. Everyone understood he had to sport the bat-like wings as seen in the move.  But if I’m speculating on the tentacles, maybe it was because Golobulus created Nemesis Enforcer using a pile of dead things. Says so on his file card. Look it up. Also a fun fact, Nemesis Enforcer has no soul. Sounds evil. 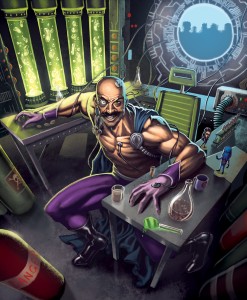 The elaborate mustache, shaved head, and lack of a shirt imply that he’s gay, but the monocle gives him an air of high society. And the cape? That might just mean he’s insane. Okay, maybe his uniform was eccentric, but he managed to convince people to call him Doctor all while going sans shirt. Not exactly the most hygienic way to “treat” people. Though it did give him a unique look in a room full of people wearing metal masks and cloth hoods. And he was an evil genius. And I also suspect he might have doubled as Doctor Ivo Robotnik. Whatever the case may be, he knew robotics, cybernetics and bionics, created the B.A.T., and also managed to clone Serpentor. All in a days work. I’ll give him credit for that. 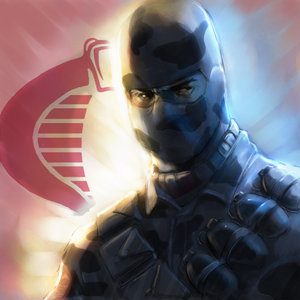 Specialties in sabotage, demolitions, infiltration and terror. That sentence alone tells you a lot of what you need to know here. The calm and calculating warrior is equally proficient with guns, hand-to-hand, and explosives, and most importantly, he’s smart enough to not confront a superior force directly. He’s a tough man to beat. And those unlucky enough to stumble across his trail will likely eventually be found dead. Good enough to crack this Top Ten. 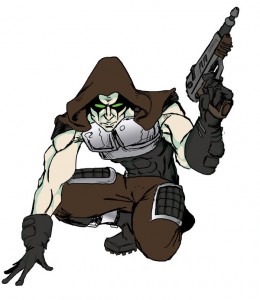 A master of disguise and a mercenary in every sense of the word, Zartan is multi-skilled individual loyal to one thing, money. He allied himself with his siblings and an Australian biker gang to make more of it. So to that extent, Cobra is just a means to a end and a way to buy more eye shadow so he can dress like Alice Cooper. That and hide the fact he’s allergic to sunlight. I wonder if he got any of that Vlad the Impaler DNA that Serpentor received. 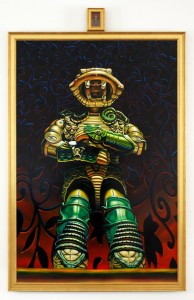 The lore behind Serpentor is that he was created from the most ruthless and effective military leaders in history, including Julius Caesar, Napoleon Bonaparte, Montezuma, Attila the Hun, Philip II of Macedon and his son Alexander the Great, Ivan the Terrible, Vlad the Impaler, Hannibal, Genghis Khan, and Grigori Rasputin. The over the top character wanted one thing and one thing only, ultimate power over everything and everyone. Maybe it didn’t quite work out as hoped, but the actual creation of Serpentor, or arising if you will, is pretty cool. Even if his own catchphrase wasn’t as cool, “This I command!” 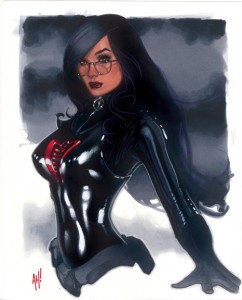 A hot chick in black leather. That’s probably all you need to know about her. The European accent, raven hair, or ass-kicking aren’t turn-offs either. And she’s smart. The head of intelligence for Cobra, she’s an expert at manipulation (although what women isn’t). Too bad she’s taken by Destro, as the sensual femme fatale has a beauty only match by her ruthlessness. I’ll let Destro handle that arrogant attitude and expensive tastes, while I use my imagination on why might have been. 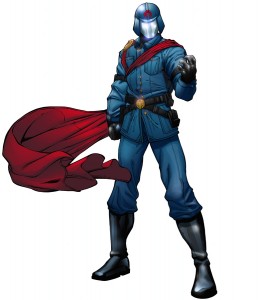 What? Cobra Commander at number three? Really? He was the definition of pure evil! Sort of. When I think of him, I do consider him to be a big bad guy. But he was also crazy. Loony bin crazy. I’m reminded of a quote from Austin Powers, “He would make outrageous claims like he invented the question mark. Sometimes he would accuse chestnuts of being lazy. The sort of general malaise that only the genius possess and the insane lament.” You get the idea that Cobra Commander would make claims like “We’re gonna blow up the Ocean!” Except no one was willing to stand up to his insanity so off they went. And one other negative, he’s never one to fail to blame his underlings. It gives way to such gems as “Morons! I have Morons on my payroll!” 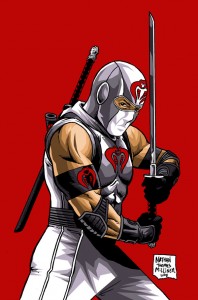 A lesson to be learned by all. Ninjas are just plain better than everyone else at anything. Though in Storm Shadow’s case, he’s the ‘other’ ninja in the G.I. Joe universe. You know, to Snake Eyes. Still, a mysterious assassin dressed in all white? That’s pretty cool. And just to throw you off, Snake Eyes wore black. You’d think the colors would be reversed given the roles. Still, it’s almost like Spy vs. Spy out there. But cooler. And with katana blades. Whichever one sides with Cobra is going to rank pretty high on the villain list. It’s inevitable. 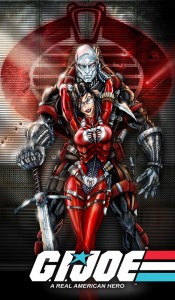 First off, in the G.I Joe theme song, it talks about fighting Cobra AND Destro. So they’re fighting an evil criminal organization and this one other dude. That makes him sound pretty important. Second, the man’s head is a freaking metal mask! Normally silver, but occasionally in gold. How can you beat that? There is no good thing about Destro. There is only AWESOME. He doesn’t have the psychosis of Cobra Commander, he’s not as over the top as Serpentor, and he landed the Baroness. I’m sold. He’s the real driving force behind Cobra. My only problem with Destro was that he was always referring to Cobra Commander as “my dear”. As in “my dear Cobra Commander”. Fruitcake. No wait, awesome fruitcake.