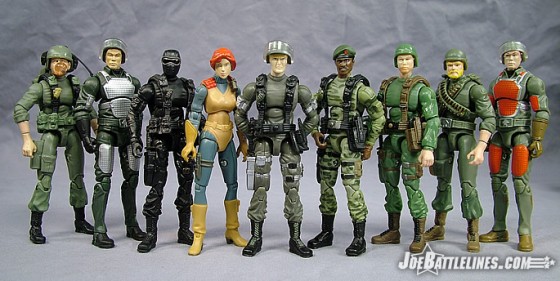 Each year for Veteran’s Day, we like to look back at the military inspired toys of our childhood and remember one of our favorites. This year we have chosen to focus on classic G.I. Joe television ads from the 1980s. Growing up with more than my fair share of Joe soldiers, I totally recall these commercials airing nonstop throughout the afternoons and Saturday mornings especially during the very show they were pimping the toys from. G.I. Joe was such an enormous part of so many boys’ childhoods that I can practically guarantee most of you have at least seen one or two of these while eating a fat bowl of Cap’n Crunch. So sit back and check out these great TV spots of one of the greatest toys in history, which likely inspired many of our military veterans to enter the service. 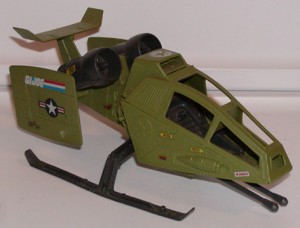 I love how these kids seem to have the inane ability to recreate entire battle scenes with yard detritus. I was never that clever. Also my yard was full of dog crap. 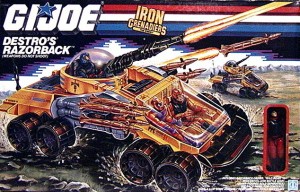 I’m not sure who named these vehicles, but I find it amusing how the names really do nothing to connect themselves with the machinery. Shouldn’t the Razorback at least be shaped like Rosie O’Donnel? See more about the Razorback at YoJoe.com. 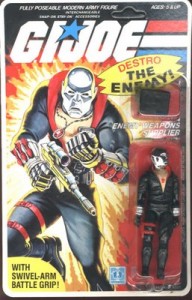 Why everyone was afraid of a delusional metal-faced Vader wannabe is beyond me. 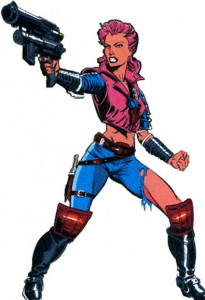 This ad, and the music therein, is just a solid wad of hilarity. Take your Australian accent and toss in a heaping helping of white trash. You got your Dreadnoks right there! 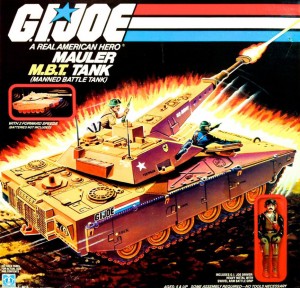 It’s amazing how many of these commercials has it’s own unique song and lyrics. Who the hell was writing all of these jingles for action figures and vehicles? We assume whatever they are doing now is way less fulfilling. 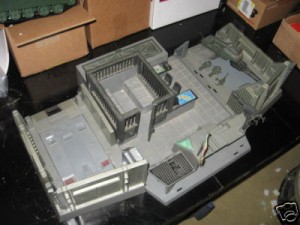 Look, I understand size and scale issues between toys and toons well enough, but these ‘Command Centers’ are never big enough to house more than 2 figures comfortably. That’s not a Command Center, it’s barely an apartment. 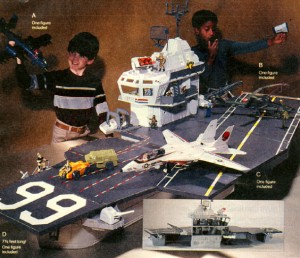 My next door neighbor buddy I grew up with had this in his basement and let me tell you, for those of you not privy to its sheer immensity, the damn thing was massive. 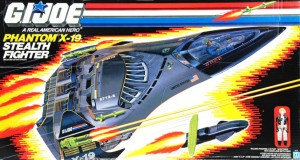 Here we have the very reason why Cobra never won: the vehicle differences were so unbelievably vast! Case in point: this ad. 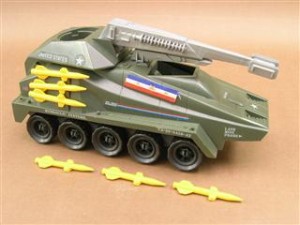 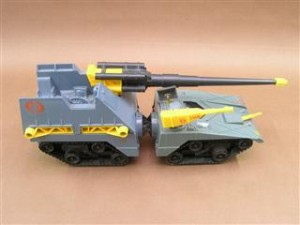 See? What seems more honestly terrifying a Persuader (as in, possibly, torture?) or a baby fly. You be the judge. 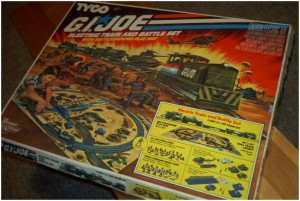 No, not exactly in scale to the toys we all know and love. However, this is apparently rare and I for one have never seen one. Also it’s threatening, “Choo Choo” sound is a bane to Cobra, I’m told. See X-Entertainment for a detailed look at the G.I. Joe Train.

…and a special treat

This remastered video features a bunch of ads (some duplicates) and was just too good not to include. If ever there was an argument to be made that these cartoons didn’t exist just to sell toys, this video alone would be enough to prove that wrong.