This post brought to you by BuyCostumes.com. All opinions are 100% mine.

Our friends at BuyCostumes.com have recently revealed The Orange List, this season’s top Halloween trends. We paid particular interest to their Top 10 Costumes list, and it includes some recent pop-culture references that you would probably expect to influence costume ideas this year. Thankfully Jersey Shore costumes are finally out of style, and a new cast of characters have taken center stage. Last year we suggested seven TV characters that would make great costumes, and it looks like this year is going to be heavily movie centric. The images below are some of our favorites, but check out the full list of ten for what is trending this year.

BuyCostumes.com also released their Top Ten Halloween Party Themes and not surprisingly, we were happy they included Zombie Apocalypse! 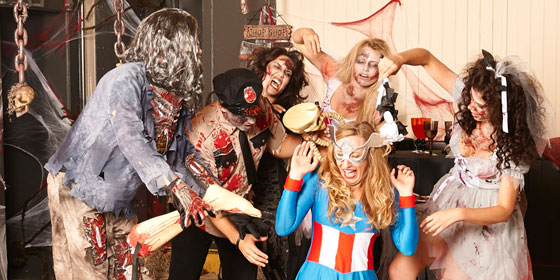