Sports > Baseball > The Next Generation of Star Position Players

The Next Generation of Star Position Players 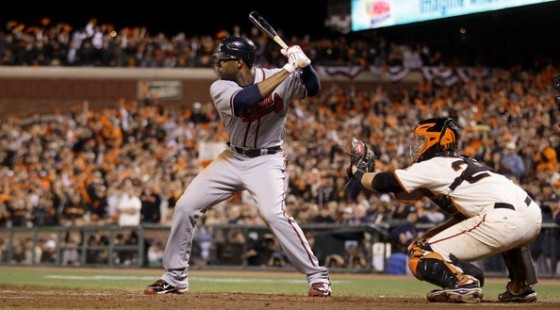 There are a lot of new faces in baseball this season, some of which are up and coming stars, and some of which are veterans who are breaking out and finding a new stride. I want to focus on the next generation of stars, those who have only dabbled in the MLB waters and are poised to make consecutive all-star appearances in the near future.

These are the top ten MLB position players who have seen a career total of only a thousand at-bats or less. Age does not matter, nor do untimely injuries. A minimum of 500 career at-bats was required to be qualified to make the ranking, so these are guys who have played multiple seasons in the league but have yet to gain semi-veteran status.

Some young guys, i.e. Andrew McCutchen, have surpassed 1000 career at-bats, so they are not eligible for the list. Advanced metrics such as WAR and Fielding were used; statistics are up to date through July 4th. ESPN.com was used to collect the at-bats, batting average and OPS stats, and FanGraphs.com was used for the WAR (Wins Above Replacement) stat. I determined the at-bats per home run stat myself.

The Twins have struggled without Joe Mauer this season, but certain players have stepped up in his absence. Valencia’s batting average is down, but he has been producing at the plate with 10 homers and 45 RBI. His fielding has been great as well, and with a respectable WAR in proportion to his number of at-bats, Valencia claimed the final spot of the ranking.

The second Tiger on this list is proving himself as on of the more consistent hitters in the majors. Boesch is currently batting .310 through the first half of the season, and with 12 homers is right where he wants to be in the power category. His WAR is suspect compared to others on this list, but the others numbers don’t lie. Boesch produces at the plate at a level that will soon have him in the all-star game.

The most powerful hitter on this list, Stanton has been pumping out home runs at a derby-worthy level, and his top five WAR on this list shows his long term potential as a catalyst for the Marlins’ offense. Consistent hitting is where he struggles. If he can raise his batting average 20-25 points, he will be well on his way to becoming one of the MLB’s most feared hitters. 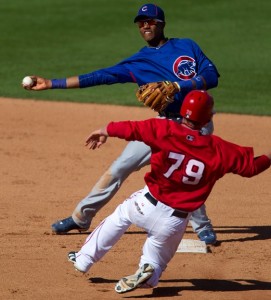 Castro is already the face of the struggling Cubs, and he’s only halfway into his second MLB season. The 21 year-old Dominican shortstop has hit very well in his first two seasons, and is on pace to improve in every major category by the end of the season. Once his fielding becomes more consistent, Castro will be one of the most dangerous shortstops in the league. He has been named to the 2011 NL All-Star Team. 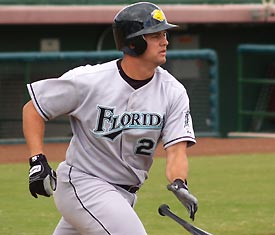 June was a month to forget for the Marlins, but a group of young talent fronted by Sanchez should give them a reason to stay focused. A strong 2010 season put Sanchez in the map, and he has replicated those numbers in 2011, placing himself in the all-star game as a replacement for the injured Albert Pujols. He’s on pace to finish the year with 25 homers and 90 RBI, which should help take the spotlight off of Hanley Ramirez’s horrendous season. 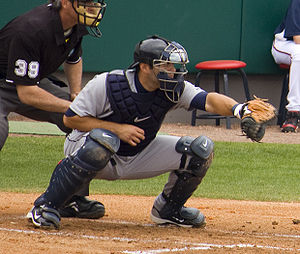 The Tigers brought in Victor Martinez via free agency, but will be sending a catcher to the all-star game who happens to have the least amount of at-bats on this list. Avila will be the starting catcher for the AL in the 2011 All-Star Game, and has many of the same offensive qualities as Posey. His fielding is suspect however, which could cause concerns for his long-term success, but offensively he has been one of the best catchers in baseball in 2011 with a .300 batting average and 10 homers. 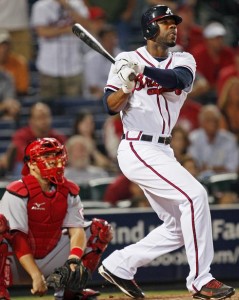 Only Stephen Strasburg’s debut was more overhyped than Heyward’s last season. He posted respectable numbers and landed on the all-star team, but has left much to be desired in the 2011 season. He has reached just over 200 at-bats thus far, missing over 20 games due to an injury about which Chipper Jones publicized his doubt regarding the severity. He nonetheless has massive potential, and has proven that he is a valuable asset to the Braves in the WAR category, which is second-highest on this list. 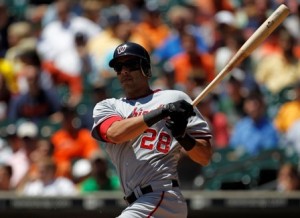 Morse has been in the league for six years. Why then, you ask, has he yet to pass 1000 at-bats? His first four seasons were spent in Seattle, where he was under-utilized despite putting up good numbers. After gaining only 300 at-bats in four seasons with the Mariners, Morse made his way to the Nationals where he found a spot in the lineup, and possibly on the 2011 NL All-Star roster. He is hitting nearly .300 this year with 15 homers, and is one of five candidates in the MLB’s “Final Vote” to get into the all-star game. 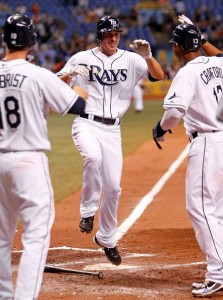 The Rays entered 2011 with what they thought would be the answer to the absence of Carl Crawford: Johnny Damon and Manny Ramirez. ManRam quickly retired, leaving the outfield void of a proven source of power. Joyce stepped up, and has earned an all-star bid to go with his .300 batting average and 11 homers this season. He easily has the best OPS on this list to go along with the top WAR, so if he can continue to bring his average up his stock in the league will dramatically rise. 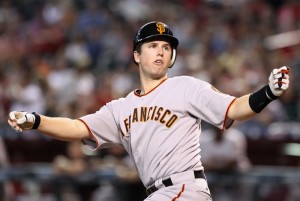 Posey suffered a devastating injury in his 2011 campaign that has likely ended his season. The 2010 NL rookie of the year still has much allure in his credentials however, displaying a fantastic glove and a great combination of average and power, especially for a catcher. His WAR is third on this list despite having the second least at-bats, showing that the faster he gets on the field, the more likely the Giants are to repeat as World Series champs.