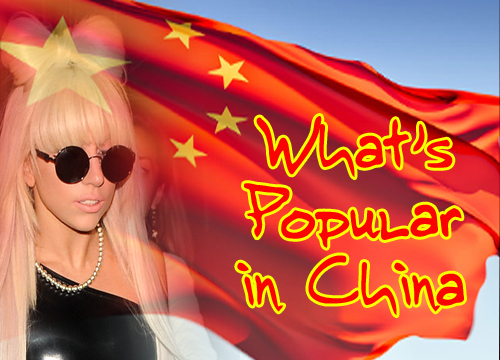 At a recent brainstorming session in the Gunaxin editorial office, somebody said, “We should have a correspondent in China to report about… you know, stuff that’s going on over there.” And of course, all eyes turned to me. It’s what happens when you order in Crispy Beef or General Tso’s Chicken a few times — people just assume you got a thing for China. So I said, “Yeah, okay. I’ll go.” And I did. Now, here I am, proud to be Gunaxin Media LLC’s first ever Chinese foreign correspondent.

No sooner does my plane land, and I am approached by a gang of bright-eyed and hopeful Chinese youngsters. “Please Mister. You speak English? Will you judge our singing competition?” they say to me. My life long ambition being to judge something, I say, “Yeah, okay. I’ll do it.”

So that’s how I’ve been spending my weekends for the past month. In China — judging a Chinese Youth English Language Singing Competition (or C-Y-E-L-S-C for short).

I felt bad for the boy-child who chose to sing this song for the competition. He did a fair job. His clarity was good, so was his pronunciation. But I’m sitting there thinking, “Wow. You have no idea what this song is about, do you, kid? Sure, you memorized the words real good and rehearsed it until you were about to keel over, but you really don’t get it, do you? How about singing a boy’s song? Something manly? You know, Eminem has a pretty extensive catalog to choose from. Oh well. Whatever. See you at the finals.”

I never heard of this song before the competition. Having first heard it sung by Chinese children, I naturally associated it the youth of Asia. But all that changed just two minutes ago when I searched for it on YouTube to include with this article. Holy crap! This song rocks! The next kid to sing it for the competition will be held to a very high standard. A VERY high standard!

God is a Girl
Groove Coverage

“God is a girl, do you believe it? Can you receive it?” Yeah, I guess I can. You certainly do pose an intriguing argument for your case, so I am open to the possibility that maybe God is a girl. I’ll withhold final judgement on the matter until more evidence comes to light, but that does not mean I am doubting. Is God a girl? I’m not saying “no,” I’m just saying “maybe so.” I am far from a disbeliever.

I Want it that Way
Backstreet Boys

Every time the music starts for this song, I get excited. I think, “All right! This kid is going to sing I Found it on Ebay by Weird Al Yankovic!!!” Then at the last minute, he sings the inferior Backstreet Boys version instead. I’ve gotten used to the disappointment.

Written, of course, by the great Hank Williams, “Jambalaya” has been extensively covered over the years by the likes of Fats Domino, Jerry Lee Lewis, Harry Connick Jr., The Carpenters, and Andy Kaufman. So, it was bound to become a favorite of the children of China eventually. If a government like China’s is willing to let a great song like this cross its borders, then who knows? Maybe Communism isn’t so bad after all.

Not a bad little song, I guess. Pretty catchy, really. Kind of heartbreaking to watch twelve-year-old children singing it, because, wow! So young to know such sorrow. It makes me want to buy them Hello Kitty items to cheer them up and say, “I know it’s rough, but it will get better. Don’t be sad. Come on, let’s see a smile!” But there is only so much that I as a judge can do, which really, is the biggest heartbreak of all.

My Heart Will Go On
Celine Dion

I used to be indifferent towards this song. Never loved it. Never hated it. Didn’t really care. After the kid who sang it… wait “sang it” isn’t the best way to put it. Let me rephrase. After the kid who screamed the lyrics of this song into the microphone as loudly as she could, deafening the audience and judges alike giving us all permanent tinnitus, I kind of don’t really like this song so much anymore. Thanks kid.

More popular with the younger kids than the older kids, none the less, China is in the grips of Bingo mania! There was a farmer who had a dog, and Bingo was his name-o! B-I-N-G-O! B-I-N-G-O! They even got me singing it! Aiiigh! This songs invades your mind like a disease. Get out of my head, Bingo! Funny thing though, all the kids who sang this did a decent enough job with the lyrics, but it was the clapping part they lost the majority of points on. How hard is it to clap in rhythm? You’d be surprised.

There is something about prepubescent Chinese youngsters singing Lady Gaga that is just kind of… disturbing. What am I grateful for though? I am grateful that each of them (both the girls and the boys who sang this song) were able to pronounce “bitch” properly. How awkward would it have been to correct them in front of their parents and everybody? “Really make sure you get the ‘ch’ sound in there. Bitch. Bitchhhhh.” Talk about dodging a bullet.