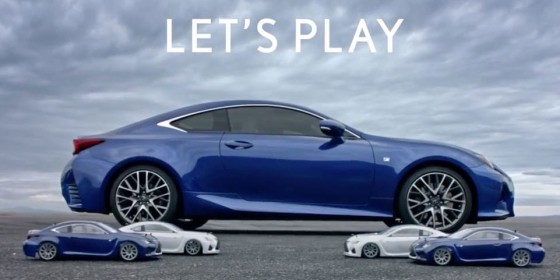 Super Bowl XLIV was noticeably loaded with automotive commercials. Nearly every break featured at least one spot from a manufacturer, and the landscape was very competitive this year. The advertisements were as diverse as the companies they were pitching for, but at the end of the night, some clear winners rose to the top for us. Below are our Top Ten Automotive Commercials from Super Bowl XLIV. Did we miss one of your favorites? Do you disagree with our order? Let us know in the comments.

The animation looks great, and the car is amazing, but this spot was predictable and just fell flat. With all of the hyping they did over the past week or so with teasers for this commercial, the payoff just wasn’t there. If it hadn’t been built up on television, radio, and web beforehand it likely would have been better received. Honestly, we preferred the teaser spot with Jerry Rice and the kid who thought ODB was the best receiver of all time.

Many of the commercials this year aimed for our hearts instead of our funny bones. We imagine this one was really effective with dads and daughters, but since we are neither we couldn’t rank it any higher. The Camry may be bolder than before, but it still doesn’t excite us as much as some of the other vehicles on this list.

Based on reactions we saw on social media, some folks fell for this trick, so it must have been effective. We knew right away that nothing was wrong with our television, but it still was a mildly amusing spot for the Colorado. We do like the vehicle, and the Wi-Fi hotspot is a feature worthy of advertising.

Amy Purdy is a national treasure. She is beautiful and talented, and when you consider her health challenges, she’s nothing short of an inspirational miracle. She has competed in the Paralympics, Amazing Race, and Dancing with the Stars, so choosing her as the focus of commercial was a no brainer. While we applaud her and enjoyed the spot, it wouldn’t convince us to buy a Camry.

This is one of those commercials that takes awhile to reveal what it’s for. At first you think it’s another Viagra ad, but it delightfully turns into a funny spot for the new FIAT 500X. It was one of the better executed commercials of the Super Bowl, but we’re not sure they needed a full minute to convey this message. The suspense is definitely built up though, and the punchline makes the journey worth it. We’re also looking forward to getting behind the wheel.

This commercial was definitely controversial on social media. We honestly had to watch it a second time to fully appreciate what was going on, and how well it tied in with the music. Folks who hated it were reading deeper meaning from the musical choice and Henry Chapin’s death, but ultimately it was a redeeming story about a family, with the Nissan products weaved in. The spot features the Nissan GT-R LM NISMO and the new Maxima, and we found it a more compelling ad for the vehicles than the similarly themed Toyota spot.

We’ll be honest, Lexus seems a bit confused about what a Super Bowl Commercial is supposed to be, as exhibited by their NX spot and their 2012 entry into the genre. This commercial was a delightful departure for them, and the story behind it probably explains why. The decision to run the ad was made very last-minute when a time slot opened up, and Lexus decided to run with a concept that had been very successful for them recently on their social channels. The result is a commercial that captures the fun of the new Lexus RC F and prominently features drift stunts performed with a 1/10 scale remote-control version of their new performance coupe. Among auto enthusiasts, we’re guessing this will be the most shared commercial from the Super Bowl.

We already highlighted this commercial earlier this week, and it’s still one of our favorites. The classic clip is hilarious, and the concept works well with the new electric i3. We’re going to assume that most folks watching the Super Bowl didn’t know what a BMW i3 was before seeing this commercial, and they’re left with the impression that it’s the next big thing. It’s funny and accomplishes its goal.

For most people, their favorite James Bond is the one that starred in the films during their formidable years. So for many folks in the market for a family crossover, Pierce Brosnan is definitely the man. This commercial does a great job of poking fun of both action movie and car commercial tropes but still leaves you thinking the car looks pretty damn good and capable. Who wouldn’t want to take Brosnan’s place behind the wheel and make it to the top of the mountain for some fireworks?

Last year we criticized Jeep for not showing the vehicle until 30 seconds into their commercial. This year we noticed some people on social media were confused, but it was obvious to us that this was a Jeep commercial from the very beginning this time. Most people didn’t know it was the Renegade until the end, but that is the payoff. Like the Fiat spot, they built up anticipation before the reveal and brand message at the end. The scenery is gorgeous, the music is perfect, and the message is totally Jeep. The world is a gift, play responsibly. Our favorite auto commercial of Super Bowl XLIX.

Note: The Dodge Wisdom commercial was one of our favorites for sure but was excluded due to the fact that it has been available online since April. A few other commercials may have aired locally in certain markets, and there were a few more that were ranked lower and therefore didn’t make our list.