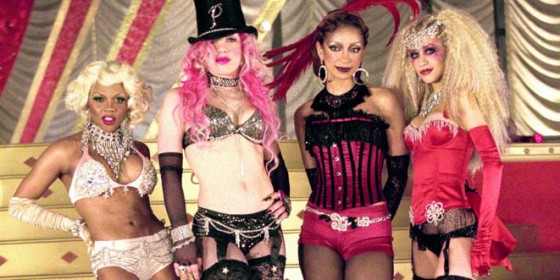 Have you ever stopped to think about how many songs pay tribute to the working girl? From Cole Porter’s, “Love for Sale” to Sting’s “Roxanne,” the art of turning tricks has long been immortalized in verse. Whether they reference the selling, the sex, or the horn tooting, the following make our top ten list of songs about the world’s oldest profession. 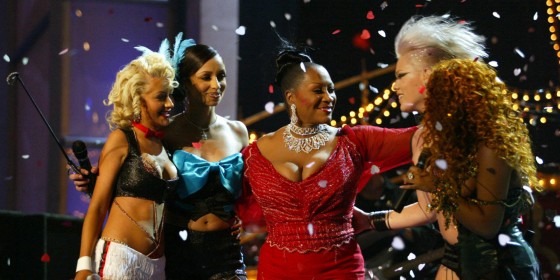 Thanks to Patti Labelle, everyone knows at least one French phrase.

A huge hit for Labelle back in 1974, the ’90s remake is most memorable for a music video featuring Christina Aguilera inexplicably made up like Twisted Sister’s Dee Snider. 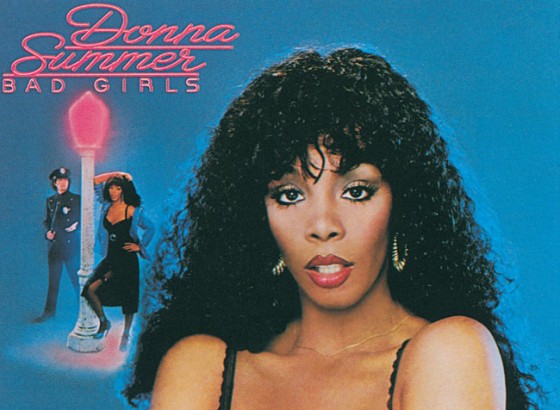 Donna Summer’s “Bad Girls” was number one on the charts for five straight weeks over the summer of ’79 and helped solidify her title as the Queen of Disco. She purportedly wrote the song after hearing that her personal assistant had been propositioned while running errands.

Sample Lyrics
See them out on the street at night, walkin’
picking up on all kinds of strangers
if the price is right you can score
if you’re pocket’s nice
but you want a good time
you ask yourself, who they are?
like everybody else, they come from near and far 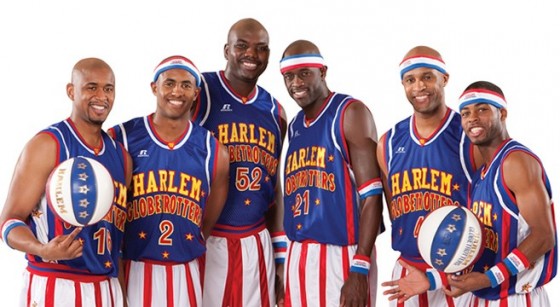 Wait, what? The Harlem Globetrotters theme song? How can the whistling and bones of the beloved pranksters of the hardwood be about a prostitute? There aren’t even any words! Well actually, “Sweet Georgia Brown,” written in 1925 by Ben Bernie and Ken Casey does have lyrics, and those lyrics tell the salacious tale of a prostitute named Georgia Brown.

Sample Lyrics
All Those Gifts Those Courters Give,
To Sweet Georgia Brown,
They Buy Clothes At Fashion Shows,
With One Dollar Down,
Oh, Boy! Tip Your Hat!
Oh, Joy! She’s The Cat!
Who’s That, Mister? ‘Tain’t A Sister!
Sweet Georgia Brown!

Many famous people have covered “Sweet Georgia Brown” (the lyrical hooker version) including Bing Crosby, Louis Armstrong, Ella Fitzgerald, The Beatles, and The Grateful Dead, but the Brother Bones instrumental used by the Globetrotters since 1952 to accompany their “Magic Circle” high jinx, is by far the best known. 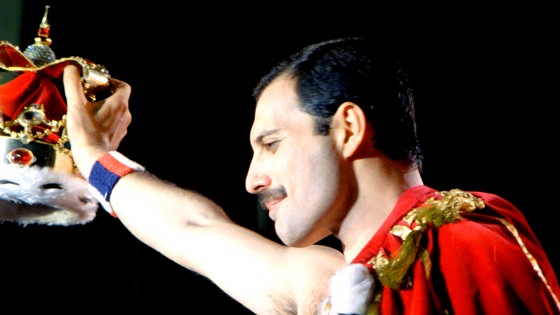 There’s been lots of speculation about the meaning of this song – Is it an attack on the Queen of England? A cautionary tale of heroin addiction? The title and the fact that it was written by Freddie Mercury had many assuming it was about a homicidal Nancy Boy – and if you thought any of these, you’d be wrong.

Freddie Mercury set everyone straight when he let on exactly who he was calling the Killer Queen.”It’s about a high-class call girl.” 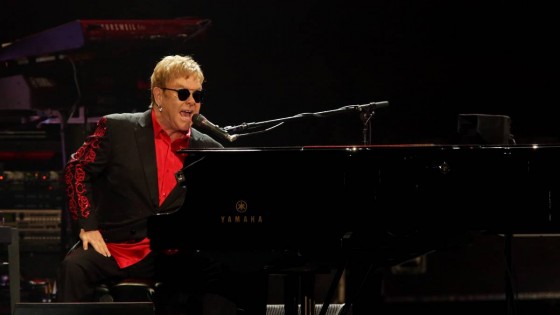 At first, this peppy Elton John/ Bernie Taupin collaboration seems like the perfect upbeat tune to kick back with and enjoy a pina colada or perhaps sell some suntan lotion. However, listen closely to the lyrics and you’ll hear the sordid story of a Jamaican prostitute working the streets of midtown Manhattan and the guy that’s desperately trying to get her away from that life.

Sample Lyrics
I see your teeth flash, Jamaican honey so sweet
Down where Lexington cross 47th Street
She’s a big girl, she’s standing six foot three
Turning tricks for the dudes in the big city
Island girl
What you wanting with the white man’s world
Island girl
Black boy want you in his island world
He want to take you from the racket boss
He want to save you but the cause is lost 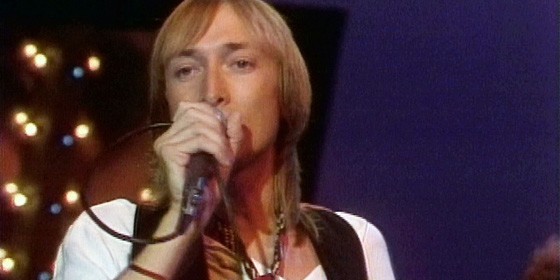 Even though the first few lines may sound like an ode to feral children, according to one hit wonder Nick Gilder, this song was written about prostitutes he saw on the streets of Los Angeles.

Sample Lyrics
Danger, in the shape of somethin’ wild
Stranger, dressed in black, she’s a hungry child
No one knows who she is or what her name is
I don’t know where she came from or what her game is

“‘Hot Child in the City’ could well have been entitled ‘Don’t Bite the Apple’,” Gilder said in Rolling Stone. “I’ve seen a lot of young girls, 15 and 16, walking down Hollywood Boulevard with their pimps. Their home environment drove them to distraction so they ran away, only to be trapped by something even worse. It hurts to see that so I tried writing from the perspective of a lecher — in the guise of an innocent pop song.” 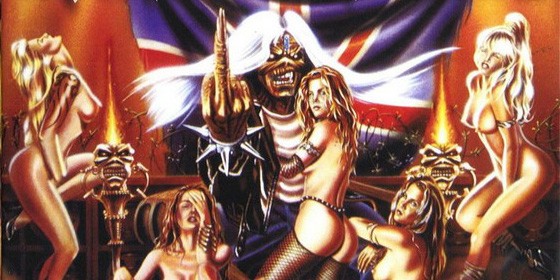 Actually part of a “mini-series” of songs by Iron Maiden about the life and times of a prostitute, Charlotte’s story is referenced in four tracks. After “Charlotte the Harlot,” her misadventures are serialized in the following songs: “22 Acacia Avenue,” “Hooks in You” and “From Here to Eternity.” 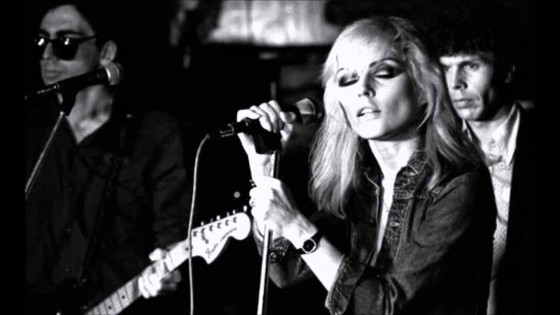 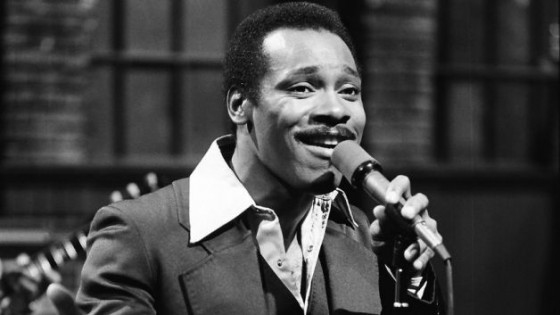 The old high school pep band standard is actually not about actors performing on the Broadway stage, as much as it is about, well, performing acts on Broadway. 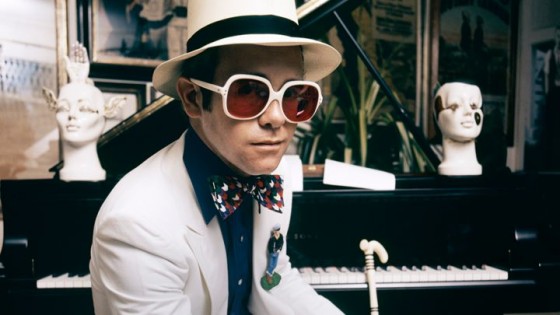 Another Taupin/John hit, “All The Young Girls Love Alice” has a sweet sounding title. However, it is actually the tragic story of a young lesbian prostitute who died in London’s Soho district.