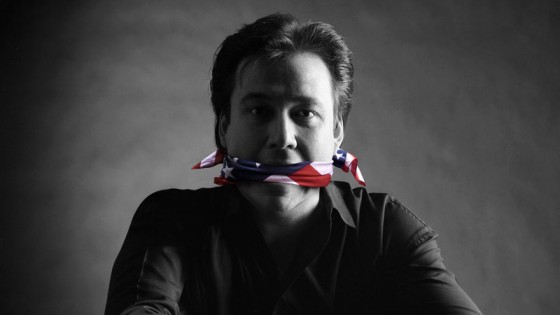 Like I’ve mentioned in the past, these top 10 lists are a tricky thing. Because there is no way to please everyone and usually a good handful of people think you’re a moron if you don’t have their particular choice in the top spot. So I must reiterate again that this list is only my opinion. It isn’t necessarily who I think is the best, but more of my personal favorites. The list was comprised of hilarity, replay value and staying power. With that said, let us begin.

When Rock’s popularity first took off, I wrote him off as just a Pryor/Murphy rip-off. But after obtaining all his albums and specials and listening, there is plenty of new and fresh material. His delivery timing is superb and his sermon-like monologues never lack for a punch line.

I wanted to rank Bill higher because…well, because he’s Bill Cosby. And as much as I love the “Himself” album, his stuff might be a little too clean for me (I’m a deviant. What can I say?) to rank him higher than this. But for family friendly comedy that is sure to make all ages and genders laugh, this is your gospel.

The pioneer for obscenity-laced comedy. And he was so good at it that he was actually arrested for it in 1961. Almost every stand-up comedian since has listed Bruce as their prime influence into the field. Lenny is hard to deny and his stuff still holds up today. A true legend.

If you are married or have kids, this should be your go to comedian. No one comic can make you feel better about your own personal situation than Louis. And there are few still active comics out there that can make you laugh as hard and as often. Just ask Dane Cook. He’s been ripping off Louis C.K. for years.

Even though he is known more for his sketch comedy now, Dave broke into the business on the stage. “Killin’ Them Softly” is one of my most worn out albums and still cracks me up even though I can pretty much recite it word for word now. No other comedian ever succeeded at poking fun at multiple racial stereotypes for all races as well.

If ever there was a successor to Richard Pryor, it was Murphy. Who here hasn’t seen/heard RAW and Delirious numerous times? Those two albums are pretty much what taught me how to curse as a young man. While a lot of it may feel like recycled Pryor jokes, it still works. Well.

Back when I was about 13, this was my favorite comic. And even now, at 32, his stuff still gets me. Carlin will top a good number of these lists and after his unfortunate death in 2008, his material saw resurgence in popularity. His “Seven Dirty Words” became only more legendary after the F.C.C. vs. Pacifica Foundation trial in the late 70’s. If you haven’t listened to every shred of material Carlin has put out, do so now. You’ll be a better person for it.

I know, I know…Richard is undoubtedly the top stand-up comedian ever to grace the planet. I know this. But there are a couple that I listen to more and I’ll get to that in a second. So, if you haven’t closed your browser yet after seeing Richard at # 3, I’ll go on.

When my brother and I were much younger and the parents were out one night, we caught “Live on The Sunset Strip” on HBO and decided to watch. When our parents came home and caught us…well, we were in deep shit. That alone should tell you just how terrific Pryor’s stuff was. I’ve found that the more a stand-up comedian pisses off parents, the better they usually are. I challenge you to listen to ANY Richard Pryor comedy album and not have your sides hurting from laughter by the end.

My Wife hates how much I like Sam Kinison’s work. “Screaming doesn’t make you a good comedian” she once told me. Uhhhh, yes it does…when it is delivered as well as Sam did it. Another one of the “gone too soon” guys, Sam took over the stand-up comedy circuit in the 80’s after deciding not to pursue a career as a protestant preacher. Quite a reversal when you consider his harsh, dark and intense humor. It’s too much for some (especially women), but his legacy grows to this day and we’ll never see another comic quite like him.

Right now there are probably a good number of people scratching their heads and saying “who the hell is Bill Hicks?” And that’s the sad part. Hicks was a satirist who challenged people to “think for themselves” and “Squeegee their third eye clean.” Everything from politics to the latest fads, Hicks was brutal and influential. So influential that Denis Leary owes his entire career to Hicks after he blatantly stole his routine almost word for word.

He died way too young in 1994 at only 32 years of age right when he was gaining some mainstream popularity. But his thoughts and ideals are still relevant today. So much so, that his cult following has grown to millions posthumously. There is even a documentary movie being released later this year that a bunch of people in the Houston area (Hicks hometown) are attempting to get a screening of, yours truly included. The man was a prophet and if you have an open mind and are ready to hear some comedy that will change the way you think about mainstream beliefs, pick up “Arizona Bay” to start and then work your way from beginning to end. Your life will be changed.

Obviously, there are some tough cuts I had to make to this list. Here are a handful of others I listen to frequently.

Lewis Black – He just might be the most angry and bitter comic I’ve ever listened to. A great listen if you’re having a rough day at the office.

Lisa Lampanelli – The lone female comic I enjoy. Known as “The Queen of Mean,” her style of heckling audience members has turned many listeners off. But I find her hilarious. Definitely a woman I wouldn’t cross.

Mitch Hedburg – While I enjoy Mitch, I don’t think I ever enjoyed him as the rest of my generation. But there is no denying his knack for one-liners.

Robin Williams – This was probably my toughest cut from the Top 10. I really enjoy his work, but it is too hyper and fast-paced for others. Definitely something to listen to multiple times to make sure you catch everything.

Steve Martin – Long before his film career, Martin was a staple in the stand-up circuit. While his albums are funny, his videos are a must see. His movements and expressions on stage are almost impossible to top.

So there we have it. There are so many more that I could list, but these are the ones I press play on most frequently. Do yourself a favor and check out their libraries. Everyone could use a good chuckle or three every now and then.