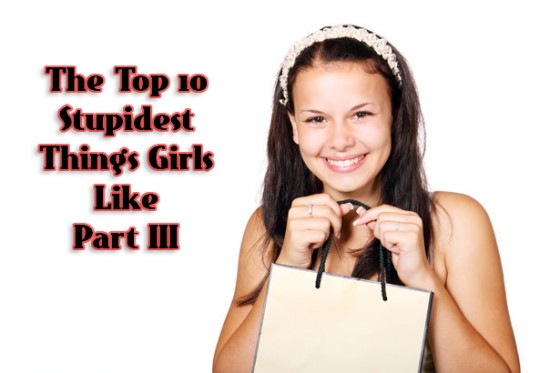 Why do girls hate all of their friends? And to preemptively address the bitchy girl reading this whose like, ” This is so stupid, I don’t hate my friends”: You do. Don’t ask me why because I have no freaking clue. This age old conundrum is right up there with what happened to all of the hot nurses and flight attendants? Where do all the bums get batteries for their boom-boxes? Does Dutchmaster’s know that people only use their cigars to smoke weed? Why is it that the more sleep you get the more tired you are? These are the mysteries of the world and maybe mankind is just not ready for answers.

Yeah, have that double fudge chocolate volcano cake. You deserve it. Especially after you spent 12 minutes walking on the treadmill while mouthing the words to a lady gaga song and looking at pictures of Jennifer Aniston in a People Magazine. Am I in the ball park? It’s a good thing you ordered that salad as an entree. I’m sure ranch dressing doesn’t have any fat or calories. Oh, it was on level 4 incline. My apologies.

I’m not going to sit here and give you one of these rants about how there’s no such thing as a girl having an orgasm. All I am saying is that it’s pretty much the same thing as Sonic Burger. They’re both heavily advertised, but I’ve never actually seen one.

Thinking They Can Be Fashion Designers Because They Like To Shop

Apparently you’ve memorized and cathartically sing lyrics that are more detrimental to your gender than Chelsea Handler. So basically you’re pretty much the girl version of Clayton Bigsby. Congrats. Superman that hoooooo

Your disillusioned scheme to make yourself seem more attractive by toting around an ugly chick with you all night really just creates a clam jam, or twat stop, the female equivalent of a cock block; a much bigger problem than that 6.5 rating that also follows you around. This plan is as poorly thought out as it is obvious and ineffective. Listen, I don’t want to bang your creature of a friend, okay? She looks like a cross between Cameron Manheim and Christopher Lloyd at the end of ‘Who Framed Roger Rabbit?’.

Check out #’s 4-1 at the Ultimate Hatelist here:  The 10 Stupidest Things Girls Like: Part III